Test case tool provides the infrastructure to define inputs and expected output for decision services and is very well integrated with DSM and the BRF+ workbench. The Test Case Administration screen looks as below: – 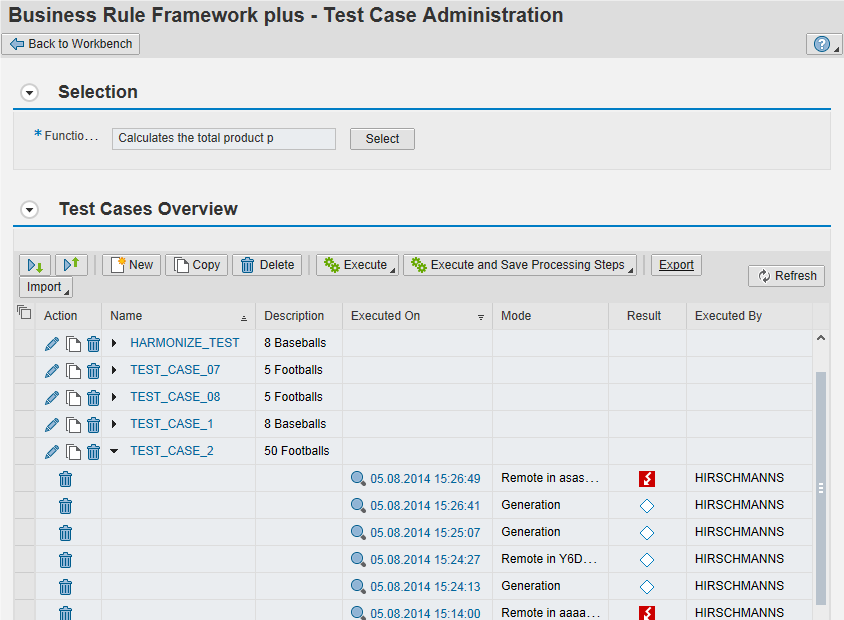 You could read more about the test-case tool via the SCN page: http://scn.sap.com/docs/DOC-57956

Following are some recent improvements done in the tool: –

You can enhance the attached report code to suit your requirements.