My first ever SAPPHIRENOW and ASUG was an amazing experience.  30,000 people in one convention center is a user experience in a class of its own!

So with a week to reflect, here’s my roundup of best and brightest User Experience highlights… with a few highly recommended awards on the side.

Most Spectacular: The Coldplay Concert

Image is author’s own 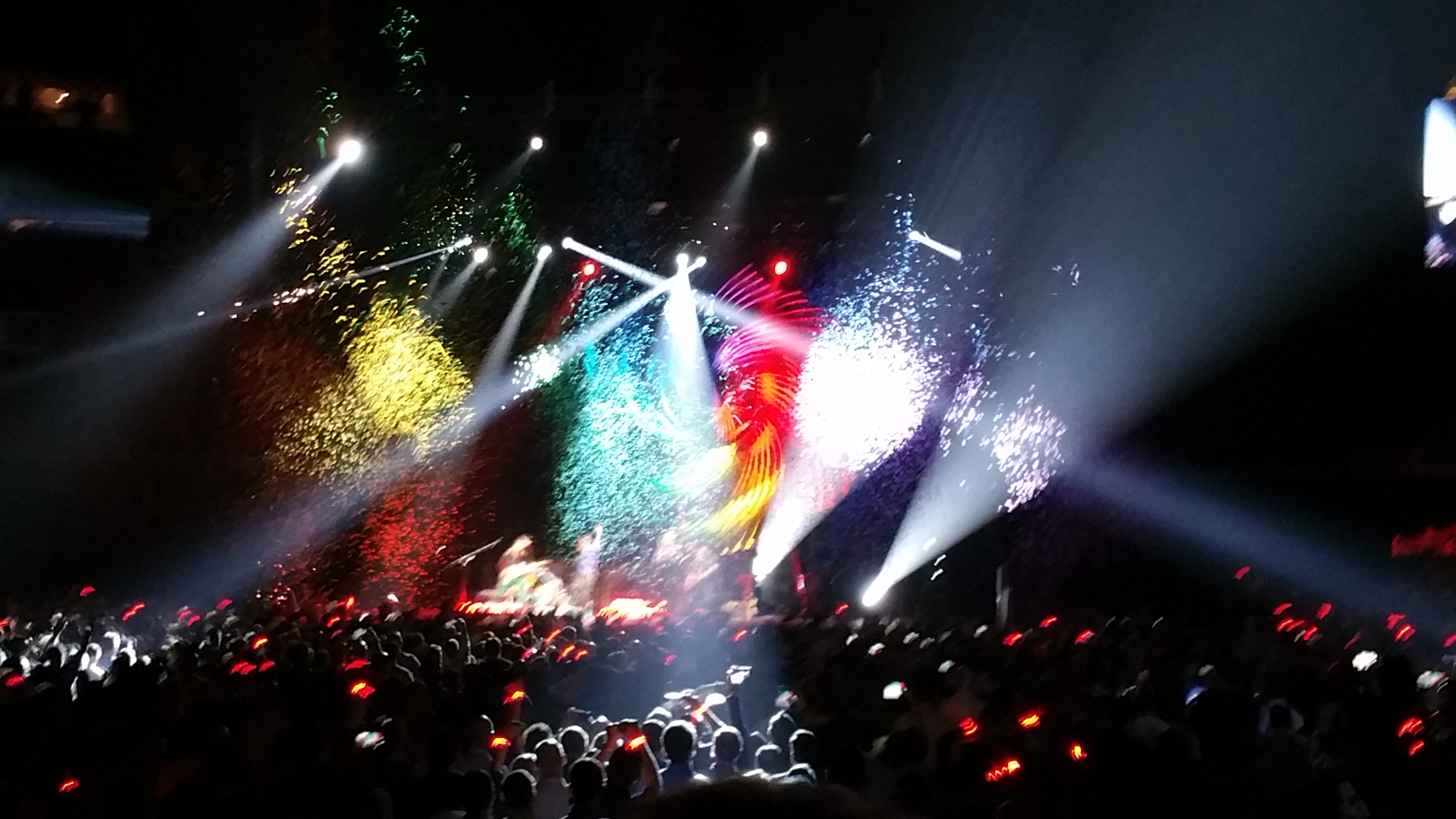 You have to hand it to Chris Martin and the band – the concert was hands down the best user experience of the entire event.

What makes for such a great user experience? What are the lessons learned we can take away for our own enterprise UX?

A great icebreaker – Steve Lucas warmed up the crowd in his inimitable way.  That man could beat a whole team of cheerleaders at their own game.

Personalized for the audience – Chris Martin made a few deeply appreciated jokes about the band…e.g. “Will Champion, the President of Drums and Bass”

Don’t compromise on quality –  Hit after hit after hit! No poor quality stuff to detract from the experience.

A bit of gamification to increase motivation – IoT light wrist bands that flickered, pulsed and glowed

The sense of being part of something bigger – And even better the wrist bands changed to match the colour of the light shows … so we were all a living part of the concert.

The crowd went wild!  I counted at least 2 encores with the band going well over their allotted time and enjoying the concert as much as we were.

I was fortunate enough to squeeze into Michael Falk’s second ASUG session on Fiori Client 2.0.

The first was a standing room only sellout with so many left waiting on the wrong side of the door the ASUG crew pleaded with Michael for a repeat session.

It turned out the second session was even better than the first – i.e. the test system was working so Michael was able to demonstrate Fiori Client 2.0 in action.

The major ticket item for Fiori 2.0 – the new Viewport UIs with the CoPilot, ,Me and Notification areas – are so far on track for delivery in time for Vegas or Barcelona Teched.  While there are no guarantees of course, it was good to see some of this in action already.

Michael was able to give even better news… the long-dreaded migration from Fiori 1.0 to 2.0 forced by the change from separate Shell and App header to the Merged Shell/App header may not be such a problem after all.  Currently the Fiori 2.0 team believe customers will not have to change their custom apps at all to pick up the new merged shell/app header!  If they can pull this off then there will be a big sigh of relief from a lot of customers and partners currently building custom Fiori apps.

Of all the Fiori 2.0 features to come, Notifications is consistently the number one desirable new feature for customers.  Michael showed us what the Notifications looked like.. but the under appreciated workflow god Alan Rickayzen was able to show us the Notification Provider under the covers in his Customer Connection for Workflow session. Now if they can only downport that from S/4HANA to anyDB then a lot of customers out there will be very happy.

Announced shortly before SAPPHIRE, the new SAP/Apple partnership was as much as source of angst as of delight.  Were SAP changing direction? Was this the end of SAPUI5? Was the Hybrid Application Toolkit being thrown out with the trash? Would we all have to learn SWIFT? Would Android be left in the mud?

The reality was much more grounded, and – to me at least – surprisingly well focused.

Or as Sam Yen describes it … a really interesting (and commercially viable) use case.

The SAPPHIRE booth was showing working but yet to be validated apps.  It will be interesting to see what comes of this initiative… expectation is it will be end of 2016 before we see the SDK and the first ready for customer apps.

Most Exciting: Knowledge Workspace on HCP

Snuck in at the end of Hasso Plattner’s final day keynote was one of the most intriguing new applications SAP have put up in the UX space.

Ok so the Digital Boardroom was clearly the crowd favourite among the CxOs.

But for the rest of us, the world beyond Fiori ,, and structured activities has long been missing in action.

It was impressive enough to see it on a big digital whiteboard… and I also had a play around in the booth using the Knowledge Workspace on a tablet.  This is drag and drop with a point… not just analytics, not just diagrams and approvals real insight to action with an iterative twist. Supports work remotely as well.

Lots of choices of tools and nice integration. For instance they are already playing around with dragging data in from the Fiori launchpad.

This one’s still in validation and I’ll be checking it out again at Teched Las Vegas in September. I quite fancy the idea of using Knowledge Workspace to define Fiori user interfaces… which would be delightfully meta.

Only my first time at SAPPHIRE and ASUG and already I’m struggling to see how they beat this one next year!

And I’m really looking forward to seeing the progress at Teched.  Hope to see you all there.