If you are administering SAP systems, you know that you need to type in commands through a command line interface occasionally. The IBM i operating system has a very user-friendly command line interface that allows you to just type in the command name (or even the beginning of a command followed by an asterisk) and then use function key F4 to get a list of required and optional parameters with their default values. You can get individual help texts for each parameter and overwrite the defaults in the parameter list with your desired values before executing the command. SAP has provided some of their administrative commands in that way, for example STARTSAP, STOPSAP or APYSIDKRN, which is shown in this picture: 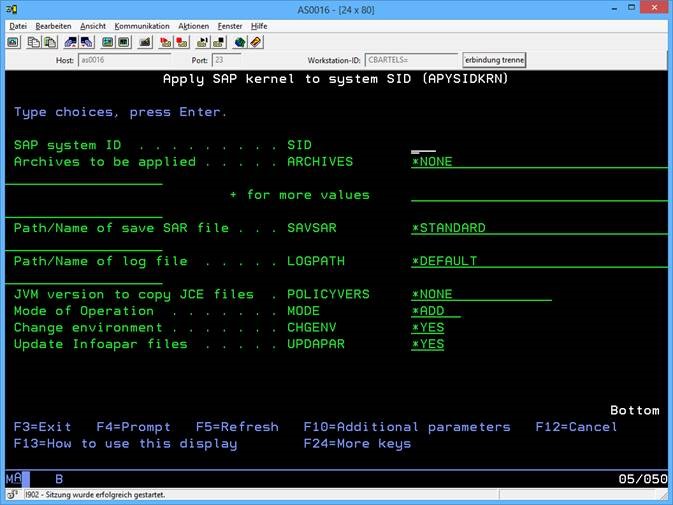 In contrast to the IBM i command line interface, a typical Unix command line interface does not support command prompting. Unix commands have parameters and options (preceded by a hyphen-minus), but you have to know what they are and how to specify them when entering the command. Typically you can enter a command with option –h or –help to get a help text, but you have to build the command string manually after reading the help text. SAP has provided other administrative commands in Unix-style, for example sapcontrol, saprouter, saposcol or tp. You can enter these commands on IBM i through a Unix shell like CALL QP2TERM, or you can use a CL command wrapper, that works on an IBM i command line. However, other than with “real” IBM i commands, the wrapper has only one parameter named PARMLIST, and you have to specify all parameters and options in Unix-style: 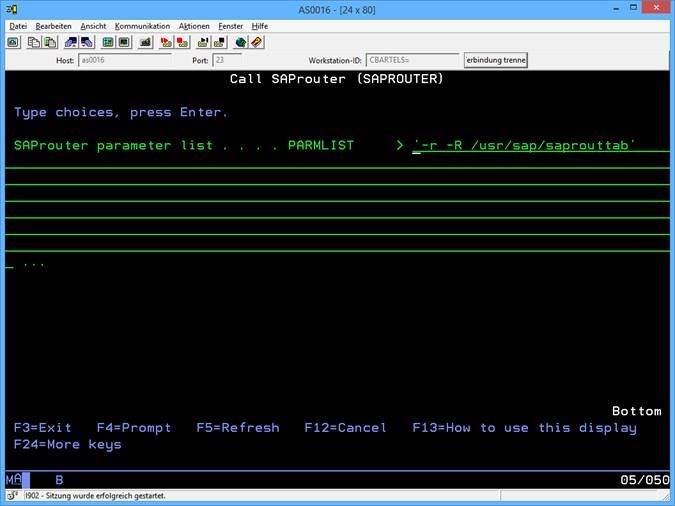 In the SAP on IBM i porting team, we are considering to add more SAP commands in the IBM i style with features such as prompting and parameter-linked help texts. However, we would like to get your opinion, if you would consider this useful or not. So please take a minute and reply to our Poll at http://scn.sap.com/polls/2555.