How to Put Customers at the Center with Digital Transformation

It’s not widely known for archaeology, but JPMorgan Chase & Co. found an ancient relic a few weeks ago as it was closing an office in Houston. Nestled in a back cupboard was a fixed-asset ledger: a physical book used decades before our enlightened era of digital transformation to log write-offs, depreciation and other transactions.

“It was literally nearly a foot thick, sheets of paper in there for each of the different asset accounts that we had,” Jonathan Ridgwell, director of Global Procure to Pay at JPMorgan, told an audience at SAPPHIRE NOW 2016 last week — and guessing that the ledger dated to the 1970s. “I was overawed by nostalgia, and thinking about how things used to be done.”

Things used to be done by hand, with an overall focus on the bottom line. But as financial services organizations become Live Businesses, new technology is helping them put their customers at the center of what they do, as JPMorgan and two other customers discussed during a session about digital transformation and its impact on financial services.

At the time JPMorgan used that foot-thick ledger — long before it became a multinational banking and financial services holding company — it probably employed about 2,000 people, according to Ridgwell.

“We’re now talking 75,000 people in 58 countries, processing 12 million invoices a year, for a total of about $22 billion,” Ridgwell said. “I don’t even think it would be possible to do that manually, in ledgers, in paper form today.”

And you can’t put customers at the center if you can’t even process your invoices.

But forget the ledger; even using state-of-the-art technology from 1970s would have been terribly cumbersome at that scale, as SAP’s Thack Brown noted last year at SAPinsider in Nice. Only 10 to 20 percent of the code addressed the business challenge, while the other 80 to 90 percent dealt with performance limitations in the relational database.

So giant multinationals such as JPMorgan couldn’t exist without digitization and digitalization — or the software and hardware that enable them, Ridgwell stated. “Without the technology that we have today,” he said, “we really wouldn’t be able to do the things on the scale that we do.”

Digital transformation has been very disruptive for companies that haven’t had to evolve much since 1824, such as Belgian multinational insurance company Ageas SA/NV. That includes the way Ageas runs itself; the way it sells and distributes products; and the products themselves, according to Hans van Wuijckhuijse, the company’s regional director of Business Development in Asia.

“We have automated, but we haven’t really changed the models — or the concepts — that are behind [our] products,” Wuijckhuijse said. “[But] we have to put the customer in the center of what we are doing.”

That’s especially tough in an industry accustomed to letting intermediaries take care of the customer relationship. Prospects used to visit an insurance agent to buy a product, and insurance companies knew about their customers only by numbers and aggregate.

“That same customer is now shopping around and probably has some 14 or more touch points before he ever decides to buy something,” Wuijckhuijse said. Those touch points can include tweets and Facebook posts. “We have to face our customers … so we have to develop our business in a way that we can really respond to their demands, and come up with solutions that are in the digital space.”

Putting Internal and External Clients in the Center

Not bound by centuries of tradition, BB&T is using digital transformation to work differently and create a new business model, according to CIO Will Shupe. The American financial services holding company approaches put both internal and external customers at the center.

“[We’re] making sure that our internal customers who work for BB&T can do work in a more efficient and effective way, eliminating manual processes, bringing automation … and other capabilities to the table,” Shupe said. “[For] the external client, they want to do anything anytime, anywhere, with any device.”

So the bank rolled out U by BB&T, a mobile app with a customizable dashboard for managing BB&T and non-BB&T accounts. Users can set and track savings goals, make person-to-person payments and connect with the bank — you guessed it — anywhere from any mobile device.

“It really allows for the end user … to do what they want to do with their mobile device when they want to do it,” Shupe said. “We’re trying to do everything we can to delight the customer.”

The Path to Run Live

Whether an organization is replacing paper, facing prospects for the first time in centuries or simply delighting its customers with a new mobile app, digital transformation is the way to become a Live Business. This technology lets users Run Live, which means everyone across the organization can work from one version of the truth, on one platform — with instant clarity, unprecedented agility and continuous control — from anywhere on any device.

And let’s face it: It’s far easier to look up something on a smartphone than in a foot-thick ledger.

How to Connect Everything with Best-In-Class Technology, #SAPPHIRENOW

VIDEO: How to Keep Everyone on the Cutting Edge of High-Tech, #SAPPHIRENOW 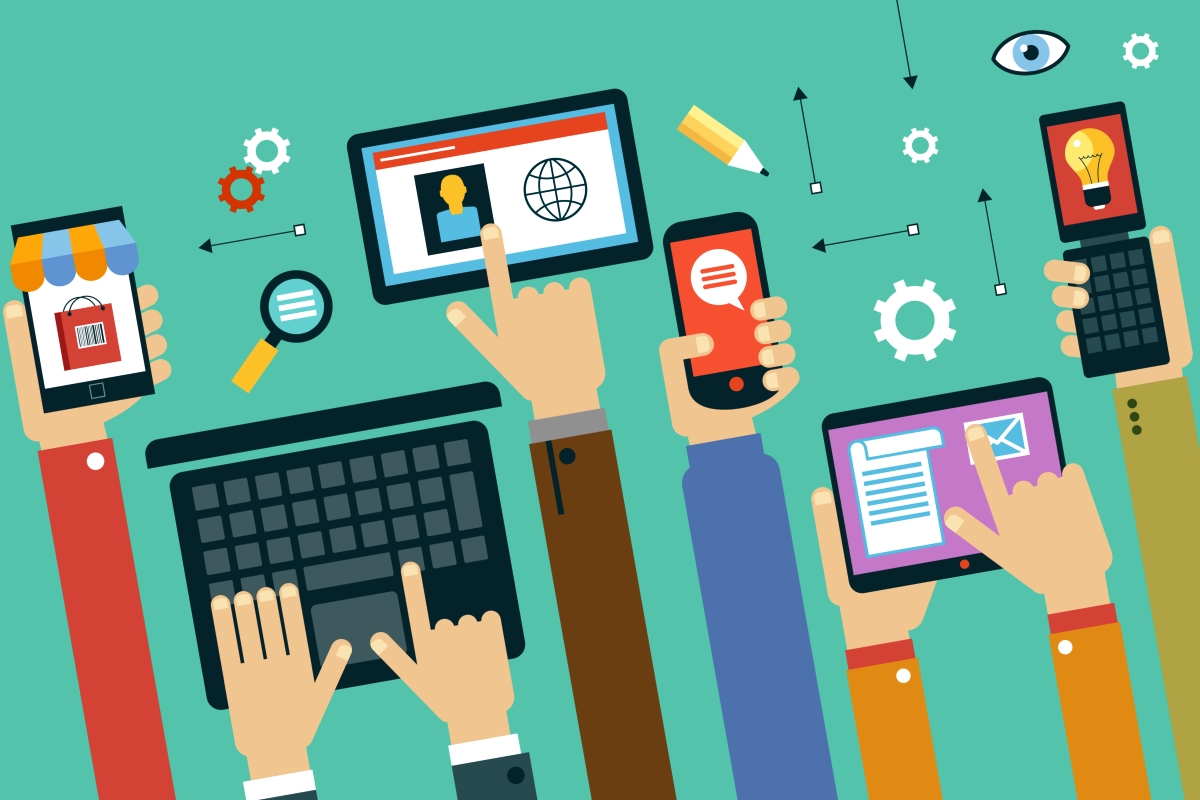 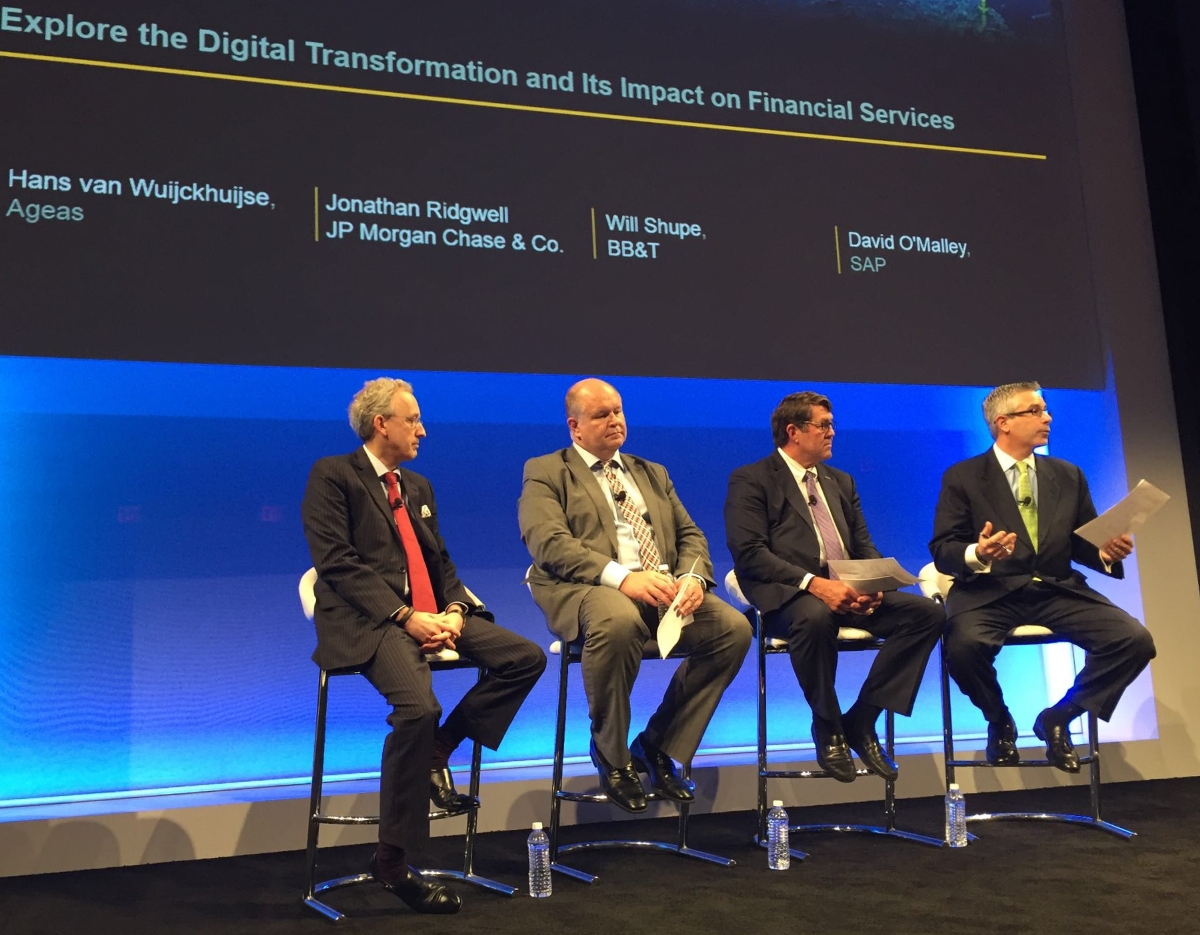