A Call to Lead: Powerful Discussions and Advice on Power, Poise, Leadership, Diversity, Judgment, Being Centered, and Getting Enough Sleep 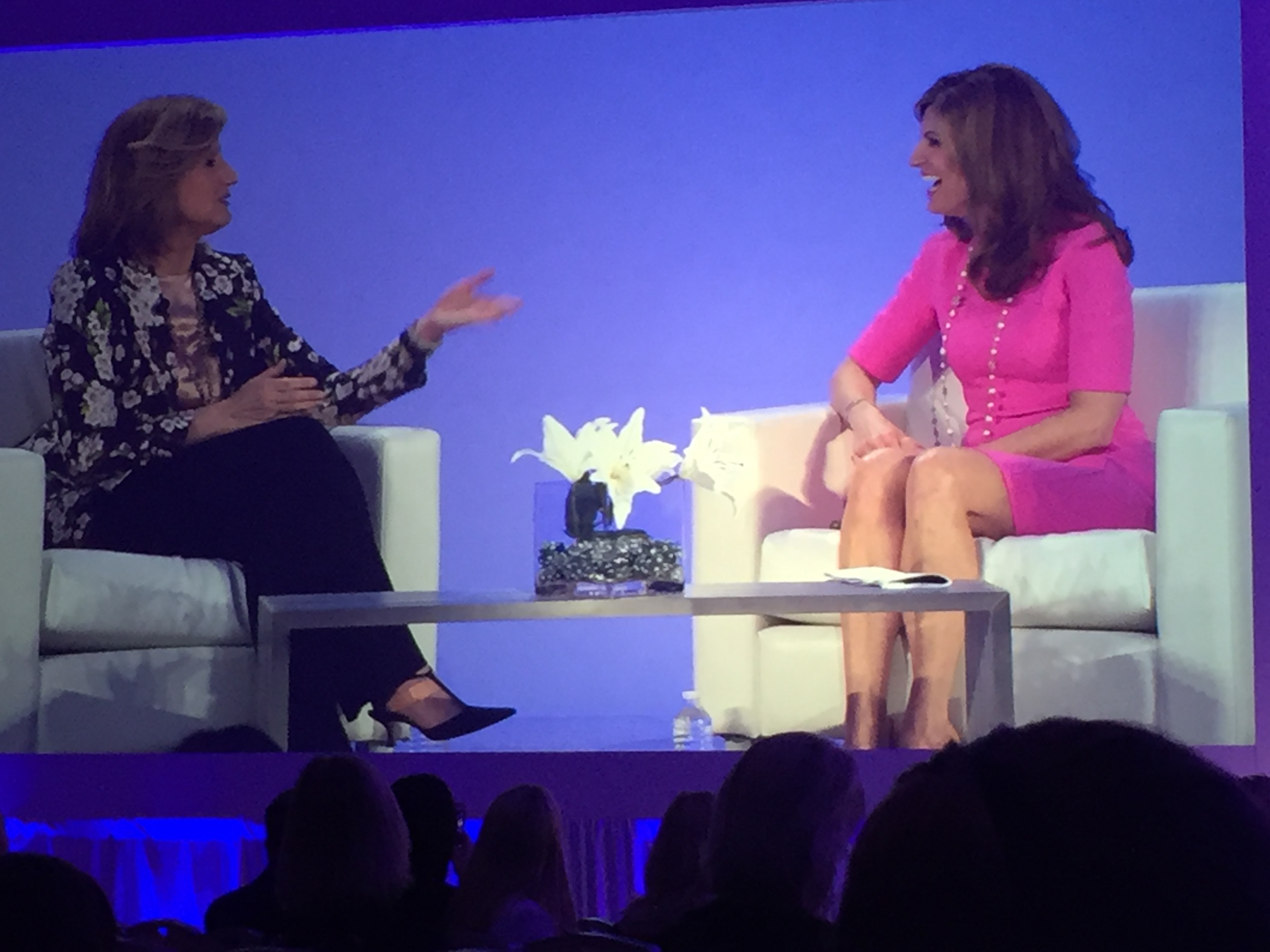 The day before SAPPHIRE NOW officially began, Jen Morgan hosted, “A Call to Lead.”  The convergence of thought leaders and executives led to powerful discussion. Plus astute advice on how to lead in today’s digital economy.

I love these type of summits.  They feed into my hunger for inspiration.  More than any book ever could, summits like A Call to Lead thought leading ideas to life.  Even better, we learn a bit of the ‘secret sauce’ that accomplished leaders are willing to pass down to aspiring ones.

It was the second time I’d seen Amy Cuddy who found fame with the 2012 TED talk, “Your Body Language Shapes Who You Are.”  Since then her research (and talk) has expanded to include more on the topic of power.  She advised us that when you are present you release others to be present as well.  In Amy’s research, she has found that the word most associated with “power” is “corrupts.”  She questions how we can teach people to lead when we have such a negative connotation of power?

Furthermore, we know that being powerless leads to inhibition.  People shut down when they feel powerless.  It is self-destructive to us and to others.

Amy Cuddy says that facial expressions aren’t just windows into your feelings but are also the source of emotions.  So if you smile more you will actually feel happier.  Conversely if you frown more you will become more cross.

Amy Cuddy’s team at Harvard continues their research on body language.  They have found that when you take an expansive pose your breathing improves.  Your body knows that it is not in a fight or flight situation.   When showing children, as young a 4 years old, images of models in expansive or pulled-in poses, the children identified the women as those who were drawn in.  What is the lesson here?  We should teach our daughters to expand not for others but for themselves.

After Amy Cuddy spoke there was a panel.  Wow was there a lot of talent there! Vanessa Smith, the chief of staff within SAP’s Office of the CEO, moderated.  Her questions were so thought provoking that we were treated to some fantastic replies. Joining Vanessa on the panel were Dyan Decker (partner at PwC), Elena Donio (President of Concur), Kathy Miller (Assistant Deputy Chief of Staff, US Army), Lila Snyder (President, Global eCommerce at Pitney Bowes) and Bob Nardelli (Former Chairman/CEO at Home Depot and former CEO Chrysler).

Dyan Decker gave this advice, “people overlook the importance of emotional intelligence, empathy, to diffuse a situation.”  She spoke about how at PwC the average age is young, around 27.  Millenials, she said, are challenging more seasoned leadership to bring a sense of purpose to our daily work.  Her parting advice – be curious.

Elena Donio spoke about how professional purpose needs to change as you move up in seniority.  She said, “Leader, mentor, teacher is okay. Managers don’t need to only produce, they need to delegate.  I used to go home and say I didn’t do anything today I just talked. But then I realized that is my job. To lead, mentor and teach.”  She also spoke about her personal journey to become an authentic leader as well as working mother.  It wasn’t until a male colleague became an unapologetic parent to twins that she had a model for how she wanted to lead as a female and working mom.  Her parting advice was to remember that careers can have both peaks and valleys and that is okay.

Kathy Miller spoke about the transformation that has occurred for women within the US Army. She challenged us to think about what we would do if we weren’t afraid.

Lila Snyder shared a valuable lesson that she learned while at McKinsey, “diversity of thought is the most powerful thing you can bring to a team.”  Similar to the advice from Kathy, Lila encouraged us to have the confidence to take on the assignment that scares you.

Bob Nardelli holds the view that it is important to be somewhat uncomfortable with your leadership team.  He argues that you need to surround yourself with people that will push you.  The corner office, as he knows first hand, is increasingly faced with complexity.  He is a strong believer in investing in people and shared that “when you invest in physical capital it immediately starts to depreciate; however, when you invest in human capital it immediately starts to appreciate.”  The advice Bob left us with is this.  “Do an outstanding in your current job.  Establish a broad base because a vertical only progression doesn’t do well in the wind.”

A Call to Lead closed with a discussion with Arianna Huffington.  It was my second time seeing her.  When you hear Arianna speak you can’t help but notice authenticity in what she advocates.  Specifically, she focuses on two areas: getting enough sleep and her entrepreneurial journey at the Huffington Post.

Arianna’s sleep passion started when she clasped and was diagnosed with burnout.  She told the audience, who was presumably filled with high achievers, that “you are getting paid for your judgment not for your stamina.”  Fantastic advice.

In speaking about leading the Huffington Post, Arianna spoke to a bit of her management philosophy.  She said that “the only rule of recruitment we have at Huffington Post is no brilliant jerks allowed.” Meaning that it’s important to surround yourself with people you enjoy working with.  She has famously banned phones and other electronic devices from her leadership team meetings.  As a result, the team is more focused and the meeting time reduced (over 50%).

As a leader, Arianna is most excited about how technology is a democratizing factor.  She uses the Huffington Post as an example of a platform that can give normal people a voice to tell their story.

She closed by providing a benchmark for a maturing leadership style. Leaders need to learn to deal with things in a centered way and forgive themselves when losing their cool.  I couldn’t agree more.

Lastly, Jen Morgan closed the day with this call to action.  Sleep (a nod to Arianna Huffington) on what was learned during A Call to Lead.  Then put these lessons into action so that the wind will always be at your back.  Thank you Jen for the wonderful experience.  I look forward to using these lessons.  Also, I hope that this blog post will enable others who couldn’t attend the summit to find a few nuggets of inspiration as well.