Lasso selection in Design Studio Charts,  Reverse Lasso in SAP BusinessObjects Design Studio. What I did not like about aforesaid implementations is:

What I was looking for is “true Lumira style lasso” which has both filter and exclude functionality, simple and intuitive user interface. So I came up with my own Design Studio implementation of Lumira style lasso. 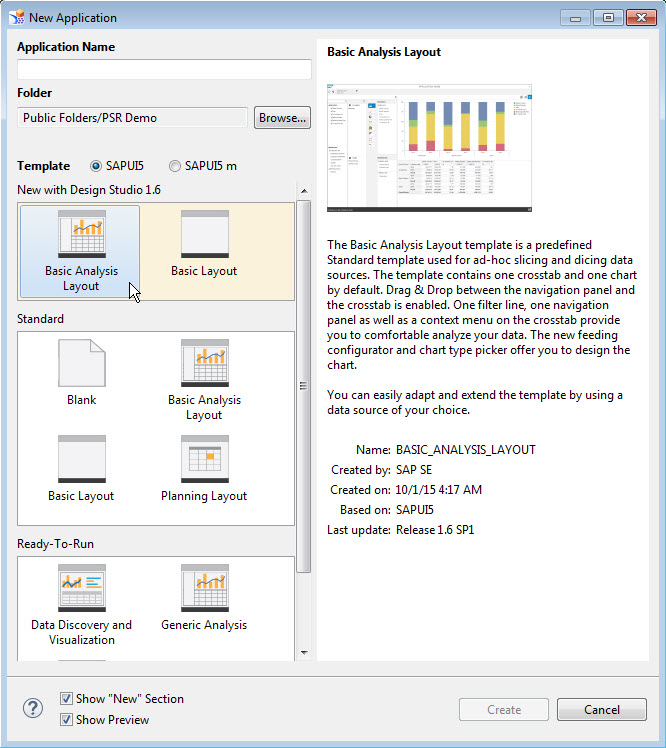 I added a number of things to the template. First of all added lasso_store_selection script to CHART On Select event to stored selection:

It is not a big overhead to have two more Data Sources since they are on total data only without any drill down. 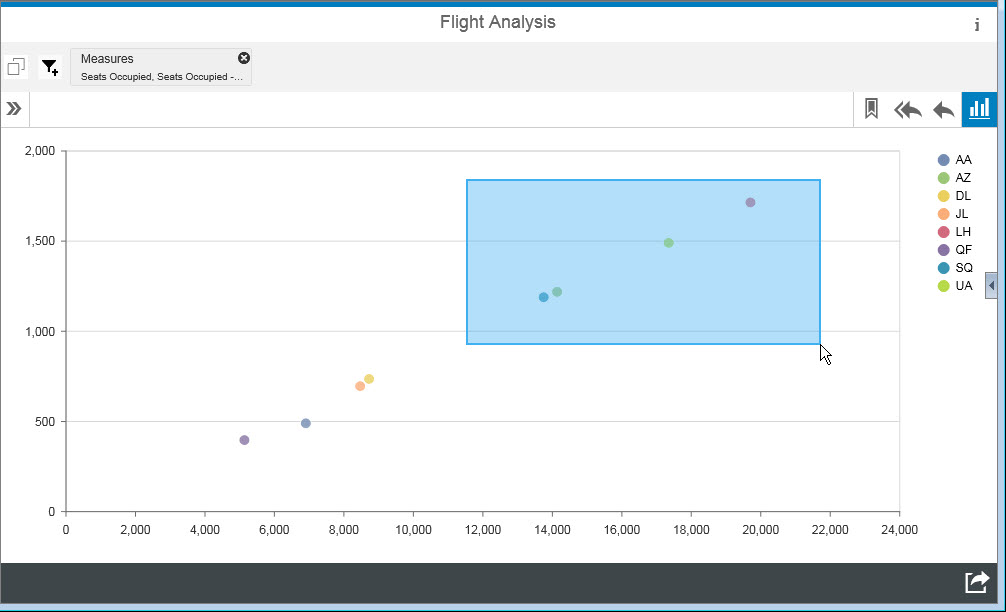 On lasso popup I choose Filter 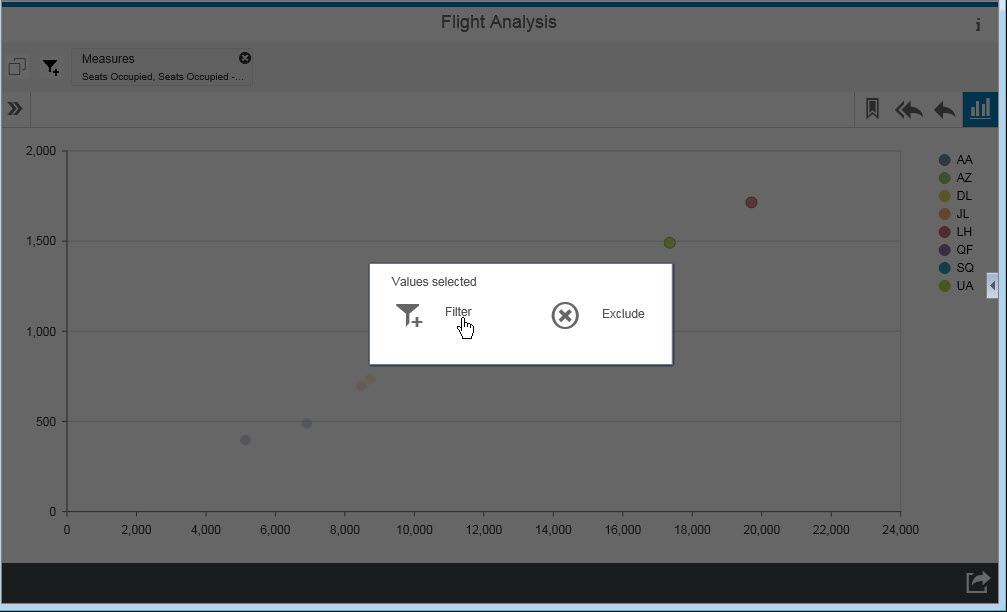 Data is filtered to 4 selected carriers and filter line reflects that. 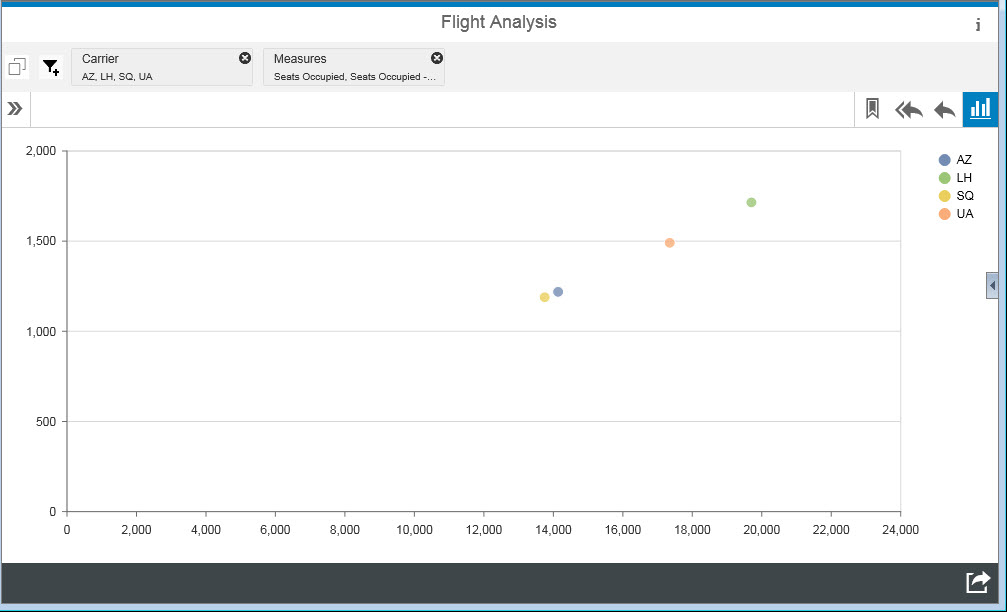 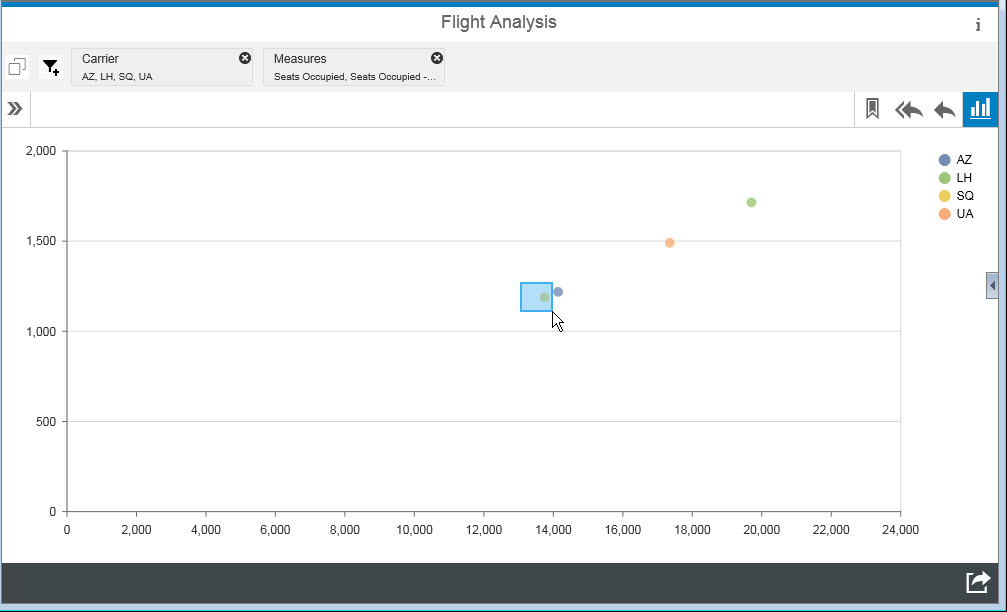 And then choosing exclude on lasso popup. 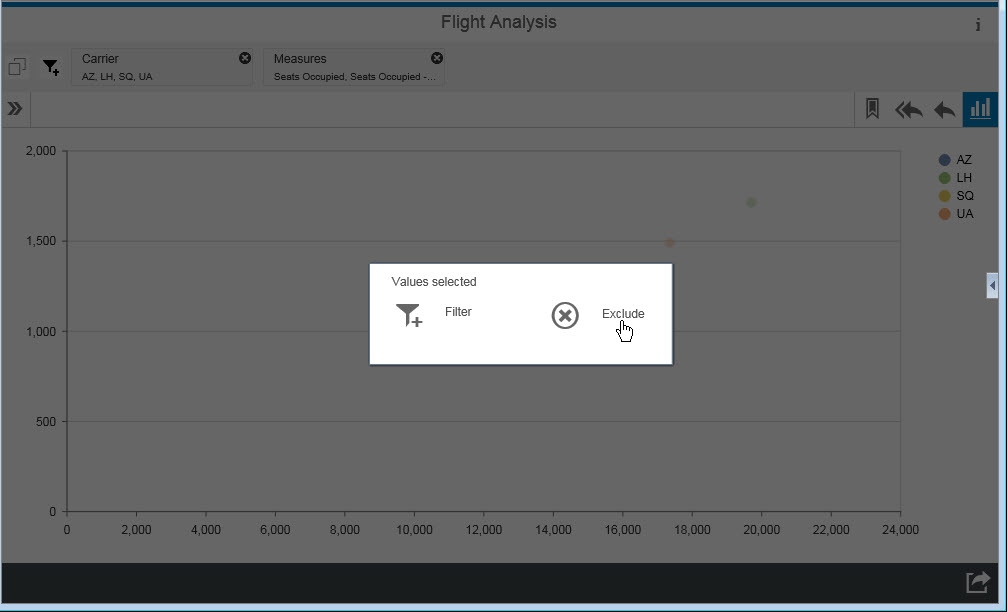 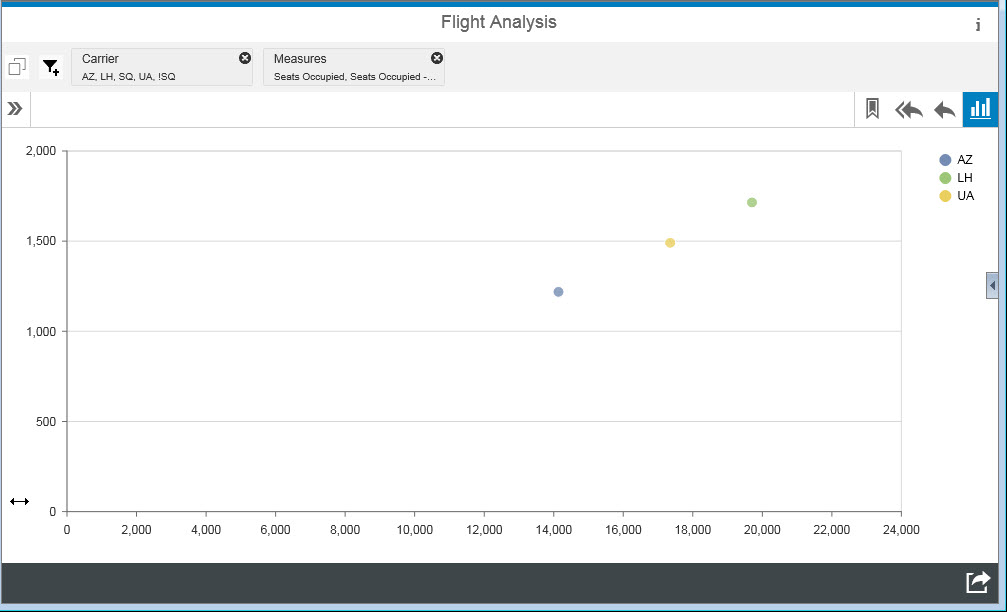 In second part of my blog I well go over BIAL script that implements Lumira Style Lasso functionality.

Attached is an exported model (unpack and change extension to zip prior to importing).

Hi,
Thanks for the contribution, but I can't find the attached document. Is there any issue with it ?

you do not need the model itself without datasources, but you can implement the solution using code snippets from part 2 of the blog.