As any proud parent knows, it’s fun to watch our children grow and pave their own way into the world. Within a blink of an eye, my sons and daughter [SD1] went from being pre-teens to teenagers – with a few challenges along the way. Then it hit me: My kids were “twenty-somethings.” I’m still not sure how that happened!

Throughout that time, I’ve been involved with SAP as either a partner or an employee. And like my own kids, it’s been an incredible journey of discovery and learning.

ASUG at 25: A successful team and much more

SAPPHIRE NOW and ASUG 2016 in Orlando marked the 25th anniversary of the Americas SAP User Group (ASUG). Ever since its beginning at a SAPPHIRE NOW event in 1991, ASUG has been and continues to be a testimony of adapting to change, embracing innovation and continuous customer centricity, and precisely meeting customer needs. 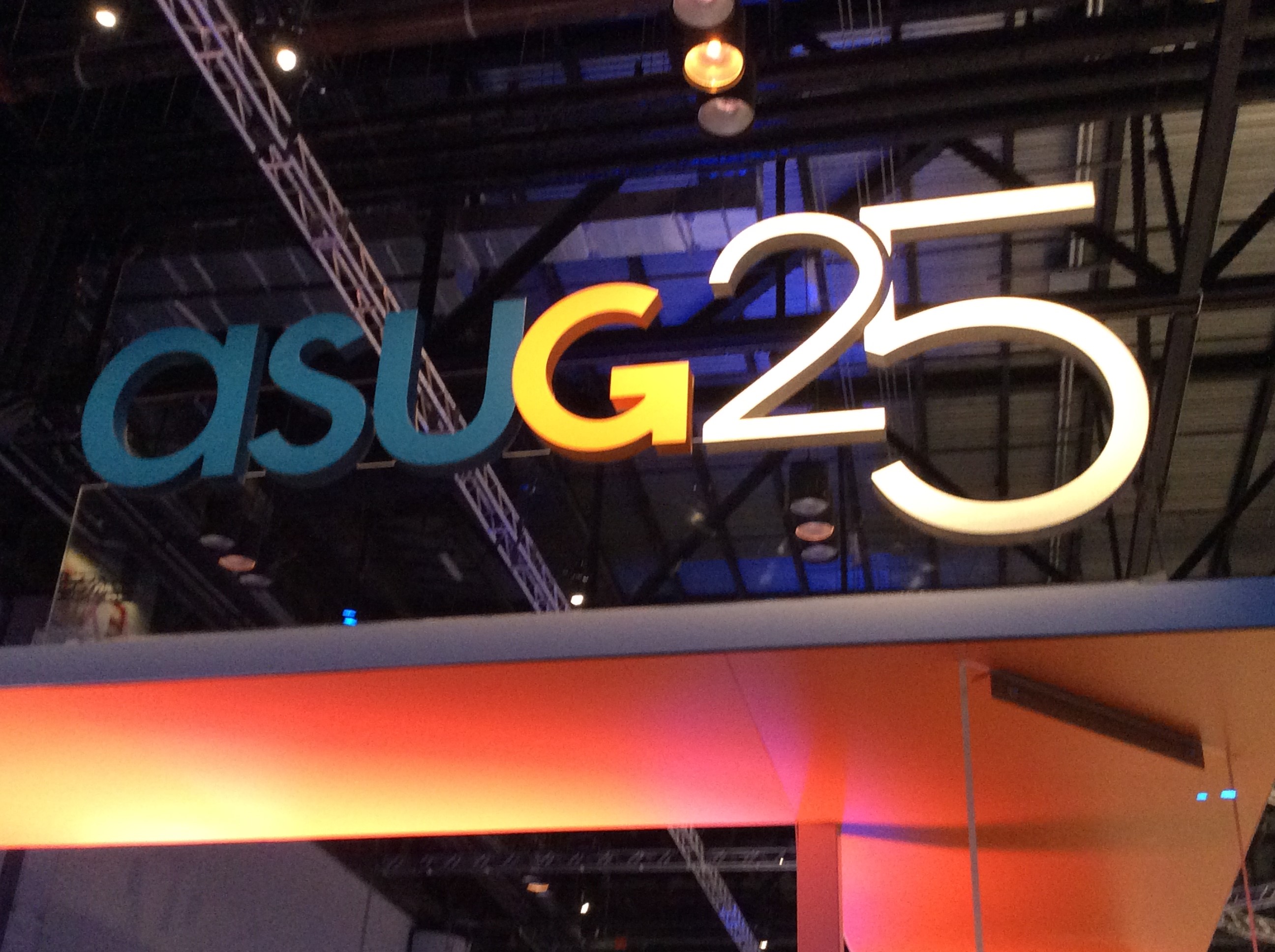 Today, ASUG has created a community of 140,000 members across more than 3,700 companies and organizations spanning a variety of industries. Over the years, its membership has benefitted from a combination of influence, education, and events and a collection of perspectives from customer experts, practitioners, and thought leaders.

Congrats to ASUG as it reaches “young adulthood” at 25! I’m sure the best is yet to come.

Woz at ASUG: Following your dreams and passions

Over the years, ASUG has hosted a variety of keynote speakers. Some of my favorites include Captain Chesley “Sully” Sullenberger, the US Airways Captain and Pilot who safely landed his US Airways plane in the Hudson River after losing all power an

d engines, and Lance Armstrong, who is a great story of courage and perseverance (once all controversies are set aside). So when ASUG announced that the 2016 keynote would be the great Steve Wozniak, co-founder of Apple and a true pioneer of our industry, I was thrilled.

In the mid-1990s, I ran into Steve Wozniak at an Internet World event in San Jose. He graciously sat down with me and listened to my own story of how his and Steve Jobs’ baby – the Apple II – had transformed my life. I also remember Woz’ passion for education, which led him to later become a schoolteacher. And this was all long before his current legacy that many younger fans know him for – appearing on “Dancing with the Stars” and performing quite well! 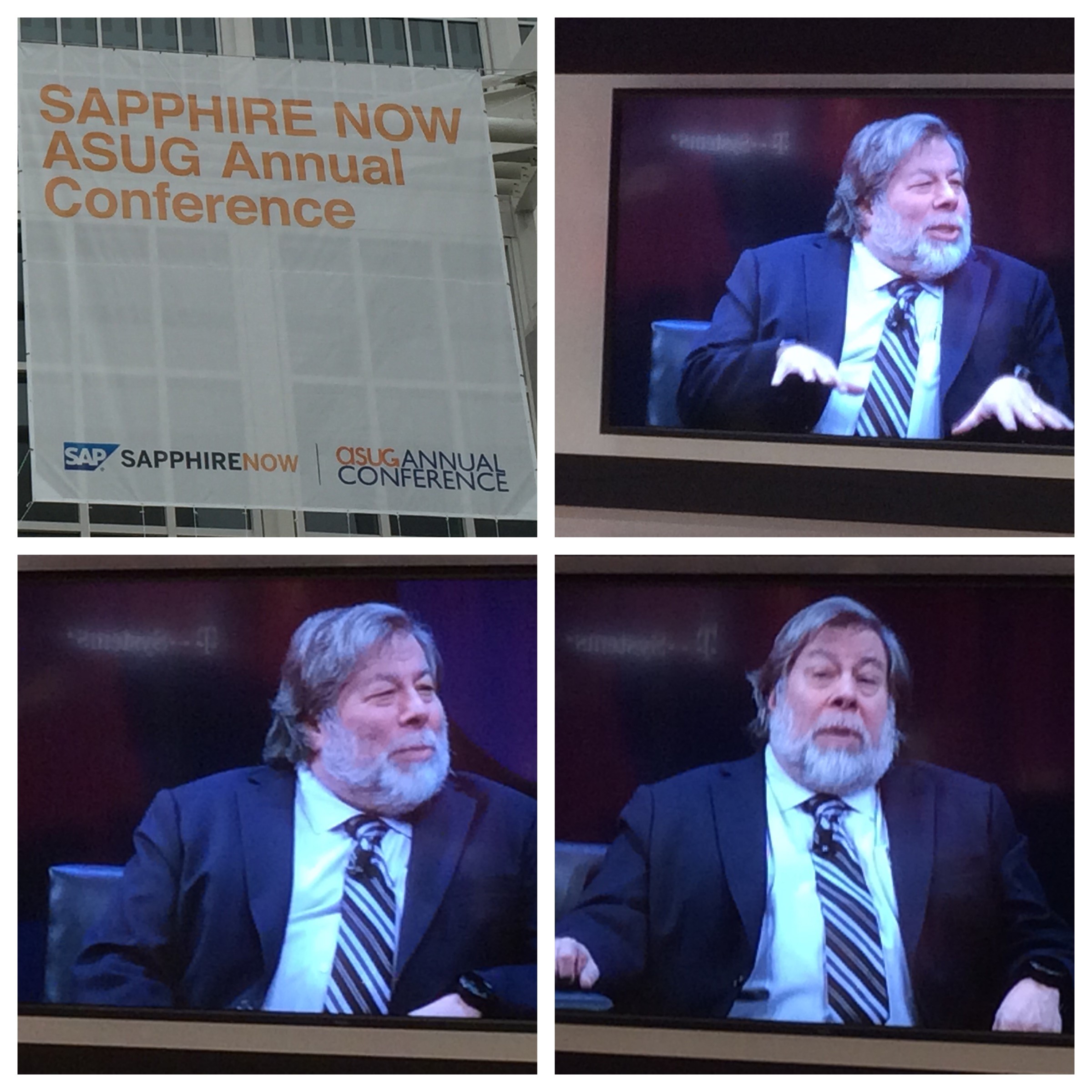 The Woz that appeared on stage was the same man that I met that day. He talked about his early interest in electronics, his desire to follow his father’s career as an engineer, and the cool aspects of invention. I especially loved his account of building early computers from components and the genesis of the Apple 1 that started it all.

And with his genius comes great wisdom: Invention is not always innovation. Woz and Jobs were not first, but they were better than others when they introduced Apple II. Needless to say, the rest is history.

As a proponent of education, I loved Woz’ message about following your interests and the value of education. His story of becoming a teacher for an extended period of time after his “retirement” from our industry is great.

How would one best describe Steve Wozniak?  I’ll start with pioneer, innovator, visionary, and, yes, a thought leader as he sat on stage for the ASUG keynote. In my opinion, he is a perfect match for ASUG as it reaches a milestone of 25 years – and I was thrilled to combine the two together.

Fred is the senior director and head of Thought Leadership for Digital Business Services Marketing at SAP. 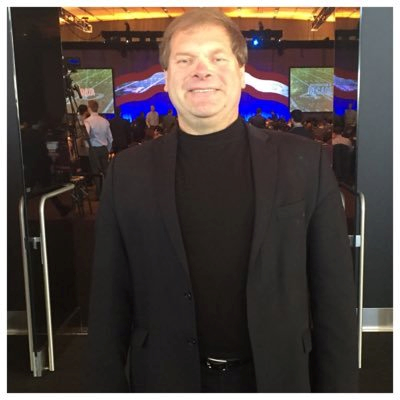