I hope you enjoy these poems inspired by snapshots in time, both recent and past, in the life of my late son Brett.

I assure you that I could feel his presence and guiding hand as I wrote them.

Either did the well-beaten entrance road

After all, cars came and went all day long.

Most here were already in their apartments for Friday night

It was ten o’clock so their stories were illuminated – though ordinary.

But as you hugged your little brother Dax goodbye for the last time,

After a long second you said that with its rounded chrome and white light on top it was probably a converted late 1940’s car.

Maybe it came for you from space down some kind of Saturn Turnpike?

Besides, no one was getting in or out, and no cabbie was visible through the mist.

It was just as well though, since no one besides you lingered

Or dared to notice their connection to that place where the gentle rains came from.

Taking Down the Bounce House

There were just 3 left at the party down the street.

Men with hoods on standing in mock solemnity

They were deciding how best to take down the bounce house.

Cold, dark clouds and an unrelenting wind had long belied the May afternoon.

The shrill voices of children from earlier in the day were already lost to the invisible annals of time.

At one o’clock, six mothers had sat in a semi-circle in folding chairs through breaks of sun

No pain, or domestic unrest or disappointment showed on their faces

Nor thoughts of this deflated, thick, crumpled plastic still tethered to the wooden stakes that had been forced into the dirt.

Just a steady gaze into this moment in time.

Yet somehow they didn’t notice when you jumped in uninvited, as your startled brother Jake watched close by.

So up and down your small body went – a smiling face ephemerally seen through a mesh window.

Until you finally collapsed into the softly devouring mounds of air- that temporarily gave life – to the bounce house.

“Hey, is that really bright one still there?

“Hmm let me check…hey stars are worth more than diamonds you know.”

“How could that be? We can’t even reach them!”

“Well think of all those pretty flowers up on that round place just under that star…right…up…there.”

“But you didn’t tell me if that really bright one is still there.”

“Well…no…says here that star is already gone. It burned out a very long time ago…

It’s a long walk to get there

And not a single car could drive to it.

But a storm doesn’t know these things

After all, what man could rip out a giant tree from the ground?

Yes the wrath that night had changed everything along its fall forever.

Though underground bugs that moved rapidly within the massive dirt circle got to see the sun.

Pleaded for a return and to feel connected again.

Yet the mighty tree was now forever sideways

Its death at first sudden but more so gradual.

The mound was taller than a raised hand and still thick – though in time sure to wash away.

The growth closest to earth was bent and split

The sensitive bright yellow of its fresh wood never expecting to be revealed.

Though to those now forced to alter their path, it felt soft and inviting.

And in a last gasp it seemed to somehow say, “It goes on.”

No wind that day upon the water

Still you rowed the boat in slowly oar to oar.

You didn’t ask to pose through time upon arrival

On that Green Lane canvass and bright blue sky.

But as was so often your life’s custom

With warmth in your heart and a smile you obliged.

“They mostly keep me here,” you said.

Though inside you didn’t believe it.

You offered more after a rhyme of silence.

“I found his body just a half-mile from here

You’d be surprised how many decide to go that way.”

Did you know that the birds of your woods still talk

About your patrols up the hills with them?

Yes they gathered ‘round the lake on that April day.

“Ranger, Ranger!” they all cried out.

“You’ve come back to your peaceful place with us today!”

He Stood Right There

He would stare at that tree across the water.

Can you see that one over there?”

I always wondered if it still stood.

He said it leaned without ever falling.

That’s how he always remembered it

Every time he came back to Valley Green to feed the ducks.

Once he said, “Hey that tree still has plenty of rings inside

And those starlings still make their nest in it too.”

How about that, here comes one now.

Yes I remember that Brett had said that

I know this because he stood right there.

In loving memory of our beloved son, brother, grandson, nephew, cousin and friend.

We will love you forever and ever Amen… 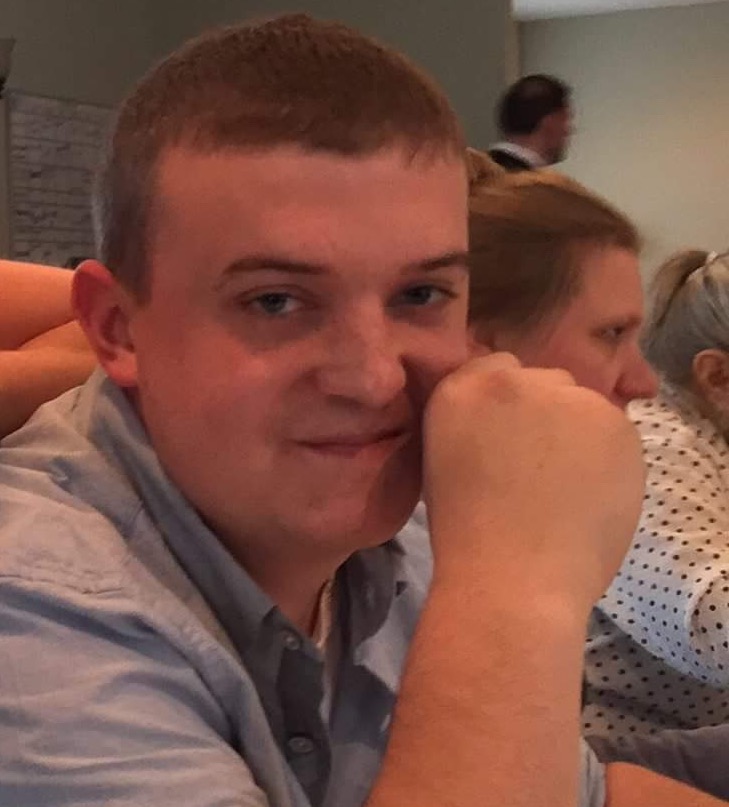 Thank you so much for sharing. He had a way with imagery and capturing the emotion/feel in his words. I don't mean to in any way imply that I can understand what you are going through nor sound like the cliche but I am truly sorry for your loss. By the way, "Bounce House" is my favorite. 🙂

Thank you Christopher. That means a lot to us.