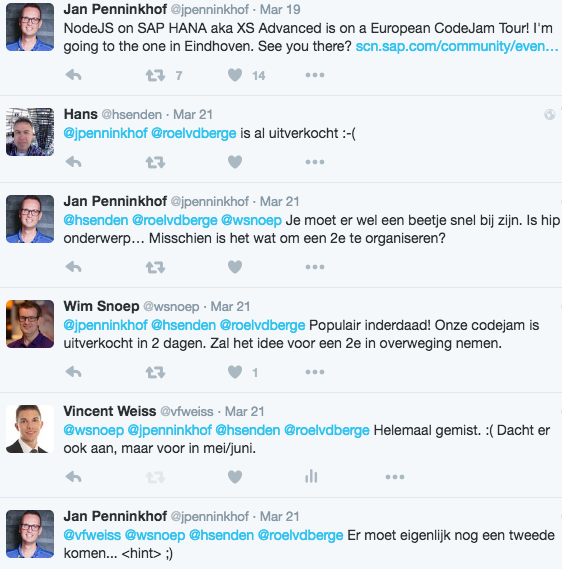 And so it happened that on Friday the 13th of May, 15 developers gathered (out of the 18 subscribed) in Amsterdam in the Design Thinking Center to dive into SAP HANA XSA.

But not before Craig Cmehil first explained us a bit about what it all is exactly, how it all came to be, what is to come and how annoying YAML can be. Especially the last part was stressed out a few times. 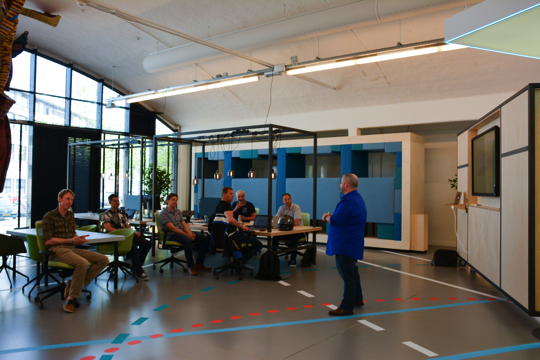 After handing out some USB sticks with the document for the exercises (which is 175 pages long and apparently only a minor subset of the upcoming DEV602 course on TechEd). Craig gave us access to a few systems running HANA SPS11.

SPS 12 was released only two days earlier and a Dev edition still had to be set-up. Also one of the advantages of those early CodeJams on XSA is that input can still be used to adjust the product or to fix issues. Which was already done in 12 based on input of the earlier CodeJams.

Now it was time to get our hands dirty ourselves. 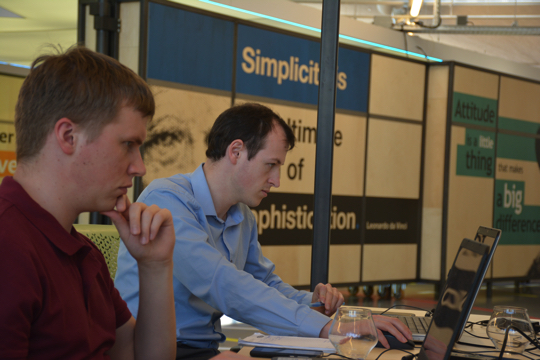 As the document is quite big and the Node.js part is the last chapter, it was recommended to do only the first step of every exercise before the Node.js chapter, so you would have enough time for it.

Once everybody was well on their way, there was one last thing to take care of.

If you have read the XSA Codejam summary of HP Seitz, you might have wondered by now why the DEV edition of SPS 11 on CAL is still not around. Turns out there is an issue with it and they are still trying to resolve it.

So between helping us out, Craig was hard at work providing the engineers with the much needed details to fix the issue.

However as SPS 12 is now available, there might be a chance that the Dev edition of SPS 12 will be available before the issue gets fixed and in that case SPS 11 might never show up in CAL.

When you are having fun and are busy time flies, so before we knew it, it was already time for dinner. 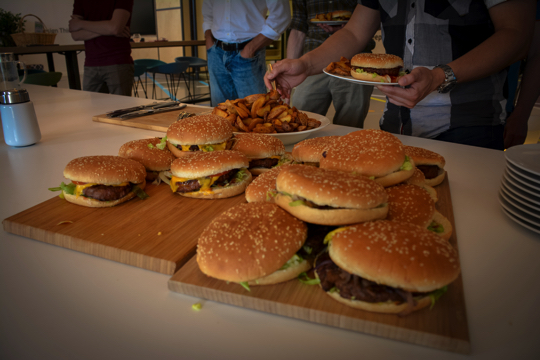 After dinner there was some time left to finish things up and ask a few more questions.

But all good things must come to an end and thus at 7pm on a Friday evening we packed up and called it a day.

If you are interested in SAP HANA XSA and are able to go to the TechEd, I will definitely advise you to sign up for the 4-hour hands-on session about this subject. DEV602.

Last but not least a word of thanks to my colleagues Tin de Zeeuw, Suzanne van den Bergh and Raymond Does, who helped with arrangements at the office, marketing and taking care of general things while I was out of the office.

And of course a big thanks to Craig Cmehil and all the others from SAP who made the CodeJam possible.