In the mists of time, Sapphire was in the Fall, and moved around the country.  But for the last decade it seems, the conference is held in Orlando in the Spring.  A lovely part of the country, no matter what others might thing or say.

As I was not registered for any pre-conferences on this day before the main sessions start, I spent a half day doing my day job, then wandered the OCCC halls catching up with folks.  Ill keep the list short; one nice reunion was with one of my friends from down under, Tony De Thomasis [ Tony De Thomasis ].  He was fortunate to meet 3 (count ’em) Solution Manager product managers as they were queued for some food.

At lunch, we ran into Joel Albert [ Joel Albert – AJJO ], who is presenting a session on platform migration later this week (Wednesday 2:15 PM S330E); check your agenda builder.

The exhibit floor being restricted to a need-to-be-there basis, we took the long way round the enormous, gigantic, really big building, finding ourselves in the North Concourse where Steve Lucas [ Steve Lucas ] had set up his equally tremendous sized office.  The SAP Mentors were given more than an hour of his time.  But under NDA, no news from me. Anything announced later this week I will circle back around.

During and after the meeting, I chatted with Oliver Kohl [ Oliver Kohl ] about old SCN and new SCN (see his post on the recent outage: #FR13 Post Mortem).  Lots of changes coming, which I will also share when allowed.  While I look forward to a more stable platform, not sure about reconciling best-of-breed with a single digital experience.

I ran into an old friend, Steve Jones, now at Amazon, who seems to be as busy as a one-armed paper hanger (for my millennial friends, look up wallpaper).

And two bloggers, Dennis [ Dennis Howlett ] and Jon [ Jon Reed ]; Dennis tried to help me into the show floor, to no avail, so Jon came out into the no-fly zone. It will be great to compare notes at the end of the week with Jon, as I expect we will be seeing two completely different events.

Finally, at the end of the evening, a welcome to new SAP Mentor and (new) friend Joe Fox [ Joseph Fox  ].  See: The Ariba SAP Mentor Moment

Too short of a time with everyone, though besides Joe, the other Mentor I wanted to meet is  Jocelyn Dart. Success! 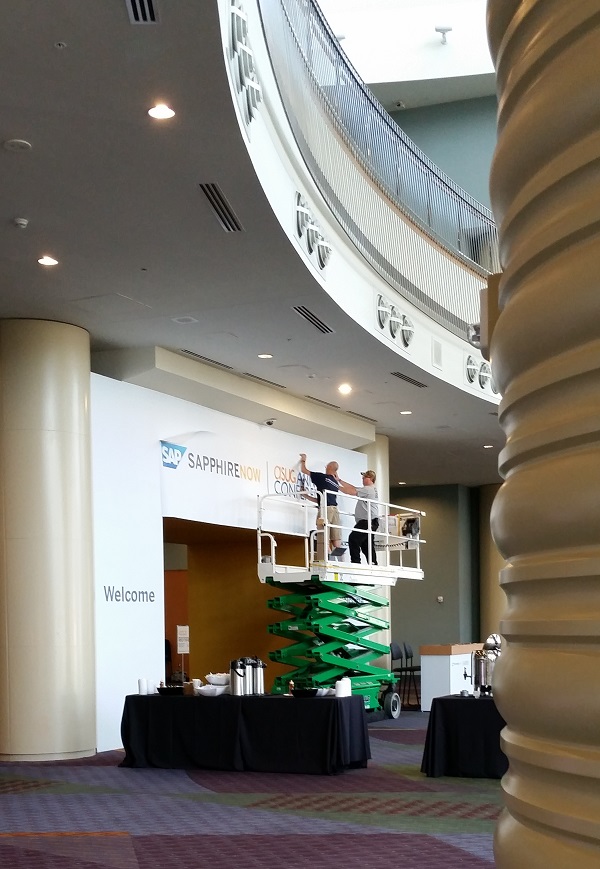 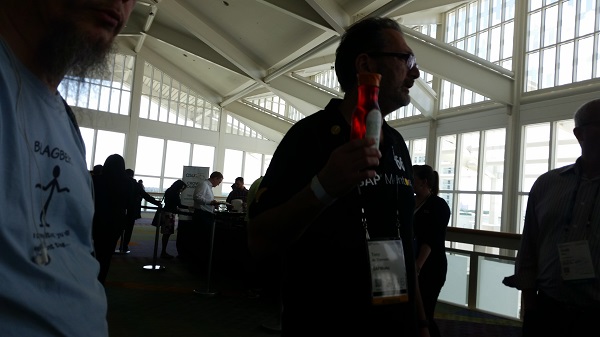 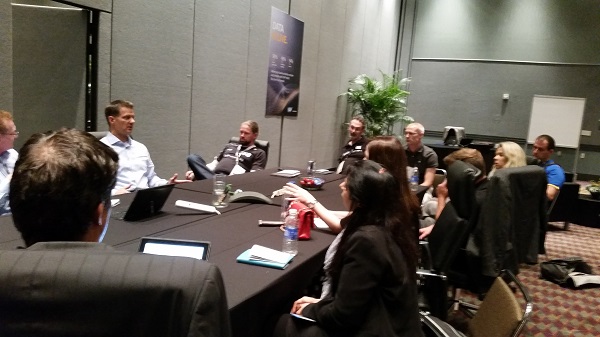 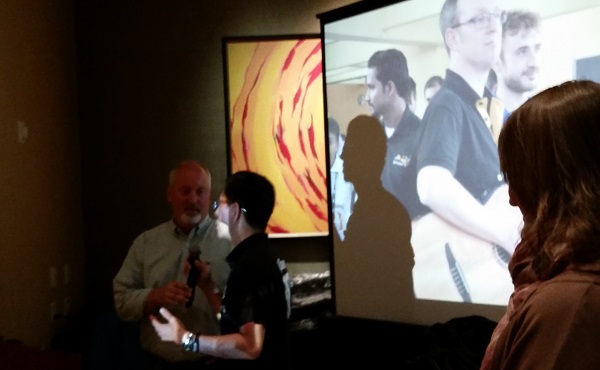 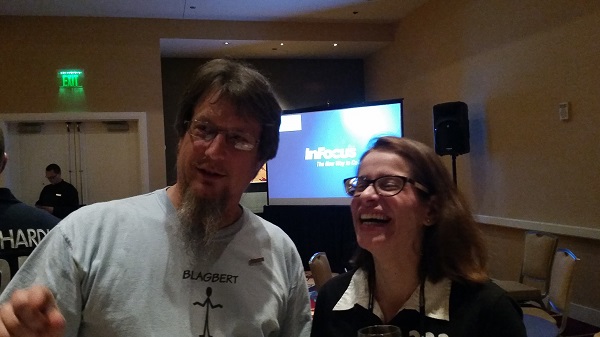 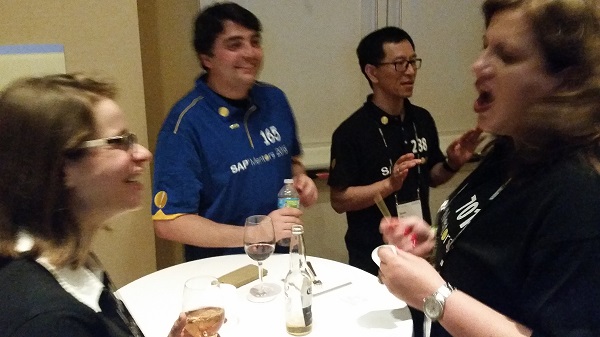