We spend a lot of time indoors. According to more and more studies this makes us less productive due to the increased level of carbon dioxide in closed office rooms. And indeed asking yourself the simple question “Where was the last place I invented something?” – the majority of people would find that it was somewhere outside of their workplace.

About 1.5 years ago during a lengthy meeting I decided that the root cause for our lack of productivity was the lack of oxygen and went on to explore this idea. In fact it turned out that the problem is rather the presence of CO2 (Carbon Dioxide). According to the studies, spending just two hours in a closed room occupied by few people increases the level of CO2 to a level that decreases our decision making skills. I will not get into too much details, as there are better articles written by experts. Some links:

Of course, there were already different kinds of CO2 Meters available, but the price tag was quite hefty at ~100 EUR and more. For a gadget with unclear added value this was too much. This is why I decided to buy the parts, build it for half the price and learn something about the technologies around it as part of the process.

That coincided with one of the regular internal competitions that we have to share innovative ideas (DemoJam). As part of the preparation we were challenged to present something that is “startup-ready”. That is – pricing, customers, markets. I did it and this is the time where i decided to move on from a single shot hobby project to product development. On the actual competition the idea won 2nd place and got a lot of attention. There I presented a working prototype that looked like the one below (though not that blurred and durty 🙂 ). The feedback that i got afterwards was very positive and constructive. In fact many colleagues wanted even to buy one for their home or office. To reduce the cost i knew i had to scale it so i even did a Kickstarted campaign, that helped me get more feedback 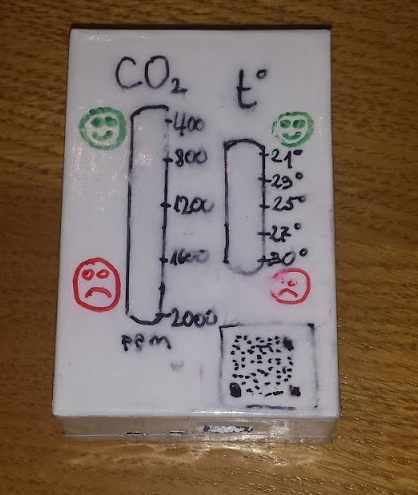 After few months of research and development the final product was ready. In fact it was much more suitable for office environments than any other that I had seen. It focuses on the visualization of the result and not so much on the actual numbers. Based on the feedback i got meanwhile i even built a version with a display to show the actual CO2 value in PPM (for whoever is interested in this). I even found a name for it – v.Air – CO2 Monitor 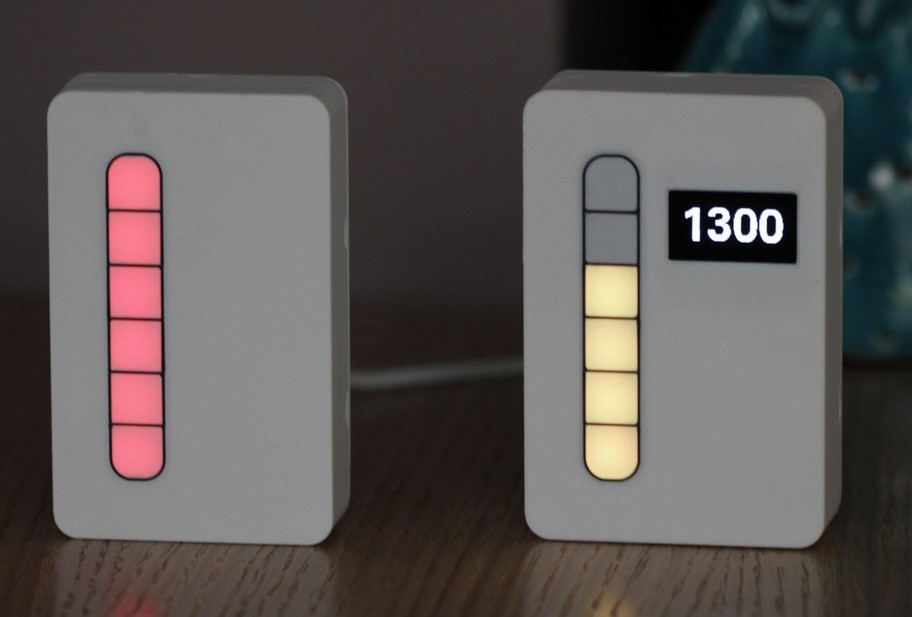 I also designed few different skins for the classic version, as it turned out there different people liked different faces

Now those devices can be found in some office and meeting rooms in SAP Labs Bulgaria. While it is hard to judge how much this has improved the productivity, it certainly helps in situation where roommates would argue if the window should be open and helps to visualize the quality of the air. And in fact as outlined in the researches on the top – CO2 may be really harming us in ways we haven’t expected up to now.