In a couple of days the interface for cal.sap.com is going to change… how do I know? I have seen a preview. You may ask how I managed to see that, let me explain.

Last year (2015) I had organised with the developer relations team to do a couple of CodeJams in Australia. If you are not sure what they are check out this link SAP CodeJam. Craig Cmehil arranged this and a few weeks later we were underway. During one of the sessions, Craig and I were having a chat about cal.sap.com, it was the preferred way to get your own HANA instance running in the cloud. Specifically we were talking about why in a room of 30 or so people there were a lot that needed help with the platform. My answer was that the user experience felt backwards, you had to work from right to left on the tabs the first time you used the system and set it up, subsequently it made sense that the tabs were in that order. For the first time experience it was not intuitive. I gave Craig a bit more feedback on the platform as I had been using it a fair bit to do presentations for streaming IOT sensor data to HANA using odata (this was before IOT services in HCP).

I got an email from Craig later that night introducing me to the Product Development Manager for the CAL platform. The intro was quite simply… hey guys, meet Chris he has some interesting points on your UI.

The CAL team organised a call to understand my point of view and at the same time shared their explanation of the functionality envisioned on their end. It was a great call with the guys taking some criticism of the UI and making the most of it. As part of the discussion the Product Development Manager asked how frequently I used the platform and the use case I had for it. He then connected me on a call with the Product Owner, who was very open with the vision for the platform.

The Product Manager ( Adarsh S Kapoor ) and I discussed what I was using the platform for. Quite simply it was used to spin up small test instances so that I could do a demo on HANA. I was doing a presentation at SAUG (lhttp://www.saug.com.au/) in Brisbane around building an IOT prototype and I used the CAL platform to demonstrate an end to end example, from creating your account through to getting the sensor sending data.

After a few phone calls about the platform and direction of the product, the Product Manager suggested that we do a joint presentation at SAUG Summit in Sydney on the CAL platform. The guys were awesome to deal with as we worked through the abstract process. The team were great and organised everything, they went out of their way to understand my points of view and inclusion of content and examples.

The presentation went very well, albeit slow, another bug bear of mine… the content was hosted in Germany. Adarsh got to experience his pride and joy in the context that we were using it. You could tell that this was the first time that he had experienced this and after a few minutes (I had to let him sweat first) I let him know that this was normal for Australia. The experience we get here for these types of products at the time was not awesome. Side note… this has improved with the Sydney data centre and Akamai.

After our presentation Adarsh and I had a catch up face-to-face to discuss the product, roadmap and feedback on the whole product. From speed, UI layout to screens that were just simply misrepresented (the user account screen is not your user account, it is the cloud provider account that you wanted to use. i.e. AWS or Azure), we discussed a lot of points. Adarsh took notes and was defensive of his product but sympathetic to my complaints. He assured me that he was going to take this back to the team to discuss. Below is the current screenshot of the platform. 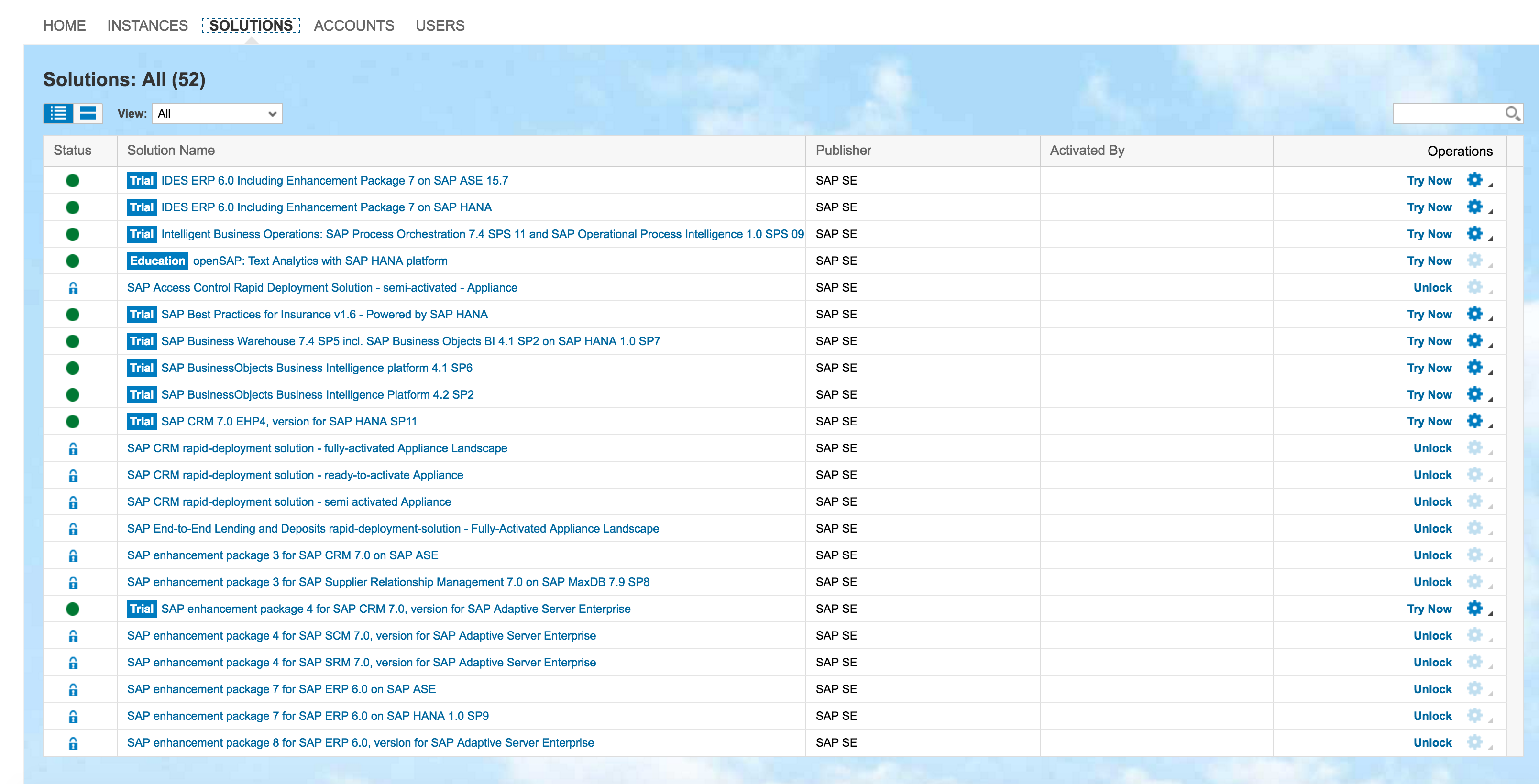 Well bugger me, he did just that. I had a couple of follow up calls with the team about my feedback and we are now looking at the next release of this product. It has captured the essence of my complaints with the platform and addressed them. See the screen shot below. This is the new quick launch 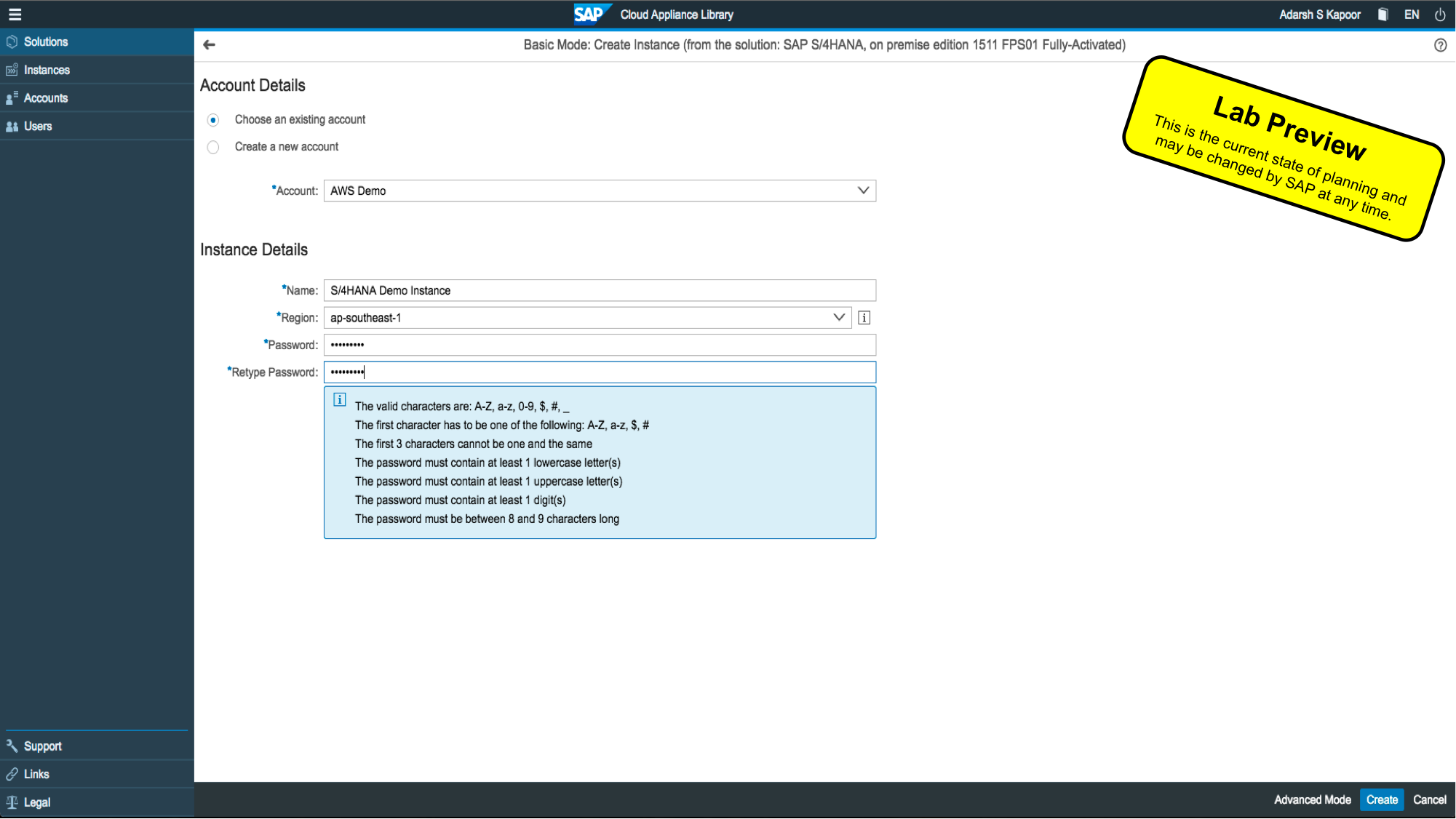 And finally the advanced mode Anyone who has played with HCP or Build will start to recognise the format. They appear to be bringing the UI into line across the products. The layout of the screen and the screen flow have made such a difference to the intuitive experience.

This is a rather long story, I know, but bear with me we are almost there.

This brings me back to today and to the title of my blog, influencing SAP Product direction, stop your whinging and get onboard. It is probably a little too catchy, it is supposed to be but in reality it is a call to arms to all those sitting on theedge who complain about the product to their colleagues and do nothing about it. SAP can’t fix what they don’t know about, they can’t prioritise if we don’t escalate and they can’t get direct relevant feedback if you don’t engage. What I am trying to demonstrate here is that I am one guy sitting in Brisbane, Australia. I had one idea to organise a CodeJam, I had one issue with the UI, and I took one opportunity to engage, in return I got engagement and participation from SAP.

My experience is not and should not be unique. The Developer Relations Team ( developers.sap.com ) are always up for a good chat, the product teams are generally very open to engagement and feedback. I encourage everyone to get involved, have a go, look beyond your OSS message for participation.