On May 10th Flexso hosted the second SAP CodeJam on ABAP for HANA in its offices near Antwerp, Belgium three years after the first CodeJam on the same topic.

While three years ago HANA might have still been perceived by some as yet another ‘buzzword’, clearly SAP’s database is here to stay (for all the right reasons) but the ‘buzz’ is long from gone.

The focus today however is more on actual implementation in a productive environment while before HANA was sometimes reduced to a very nice sandbox-playground for the lucky ones who could explore all of the new possibilities and features.

No wonder that the 30 available slots for this free event were sold out in HANA pace! In addition, SAP had sent two of its A4H experts Ingo Braeuninger and Simon Collet, further increasing the attractiveness of this event. The CodeJam was kicked off by a small introduction given by Zjef Mallaerts summarizing Flexso as a company. 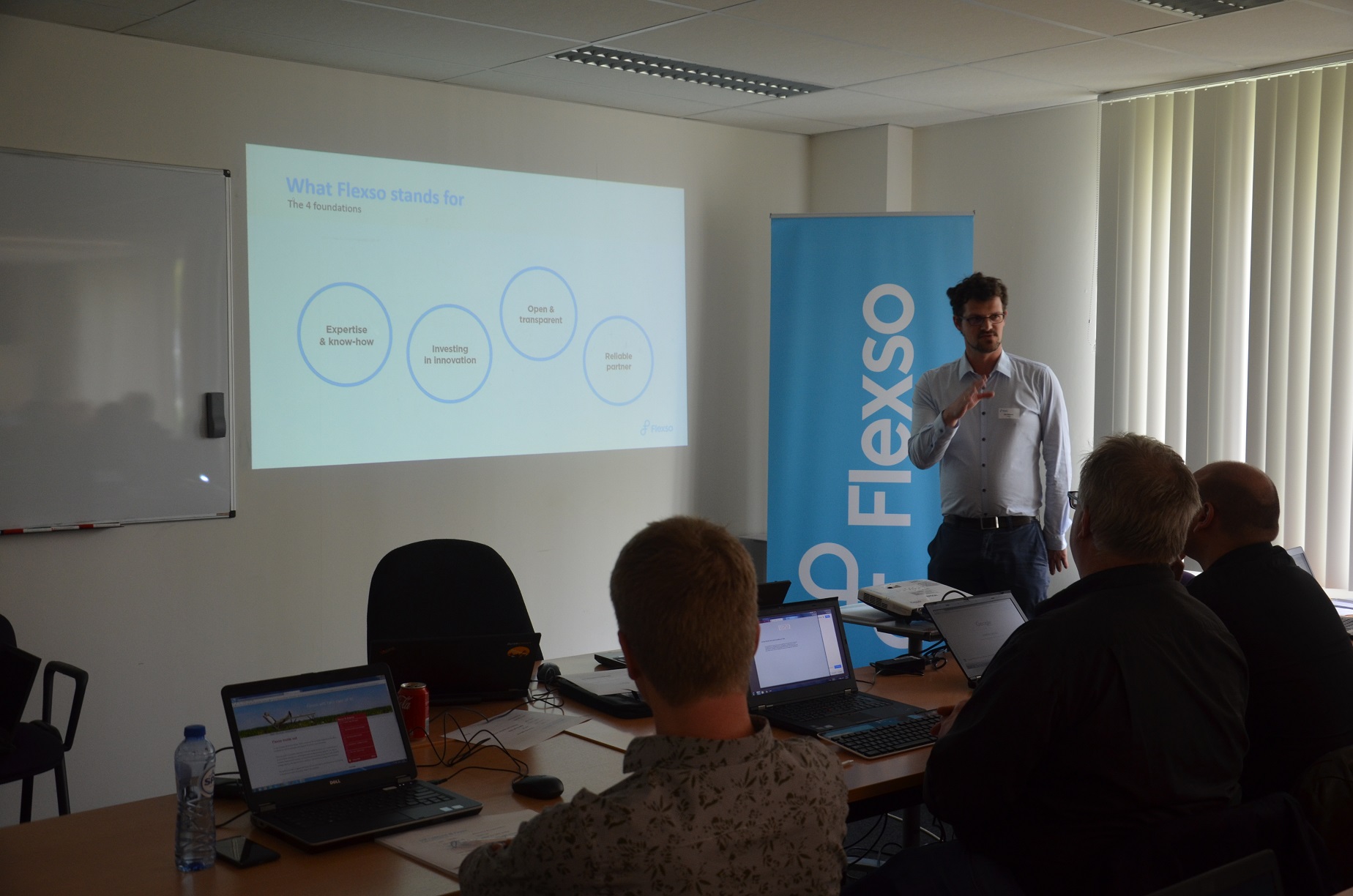 In his introduction, Ingo summarized the topics of the CodeJam but also indicated where all these steps are situated in the SAP roadmap with glimpses of awesome new capabilities as of NetWeaver 7.5. 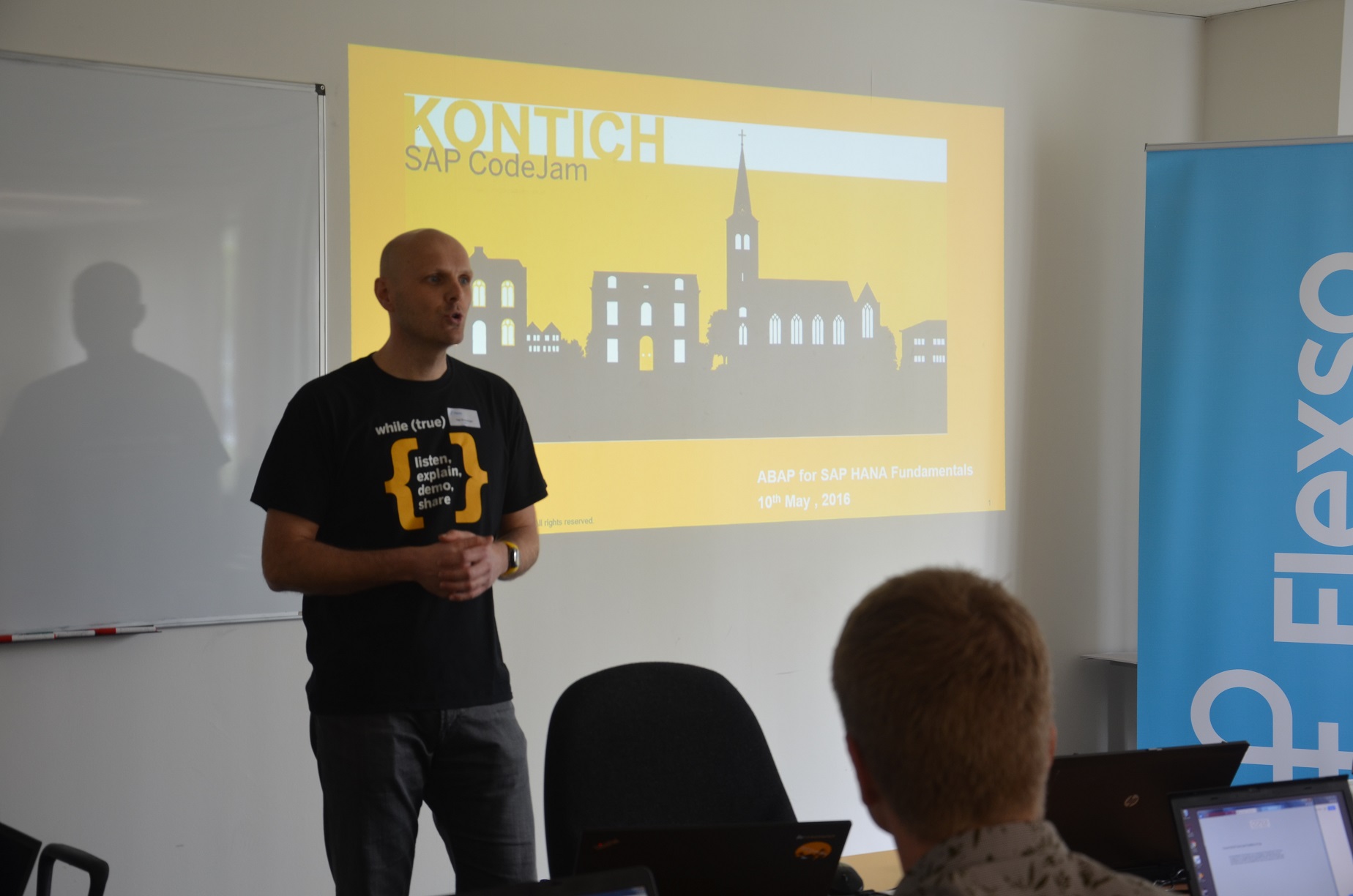 The topics of the day were hung under the umbrella of SAP’s famous Detect-Optimize-Explore mantra. Today, More and more HANA migrations at customers are joined 😉 with a code health check which is awesome to see. Why not take this opportunity to check for perhaps long overdue code revisions? Why should you be satisfied with a small performance boost when HANA has the capability to rocket you into the 21st century?

But your priorities must be set right: you need to know what your focus should be, what processes in your system landscape bring the biggest load and which are the most important. So you need to detect those and what better way to do so then with the new SQL Monitor [SQLM]: A tracing tool which combines all the goodies from other tools such as SAT or ST05 but on system-level. Obviously you can only do so much in 1/2 day but the participants were given a chance to play around and get a feel to what this new tool has to offer. For more information on the SQL Monitor I gladly refer to this excellent blog 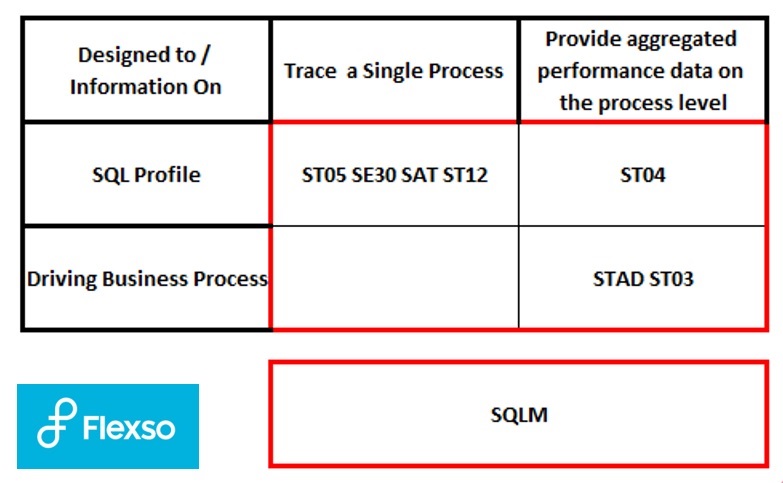 For those who have participated in or checked the open sap course(s) on ABAP for HANA know that it does not stop there as you can even combine the trace data of SQLM with the static checks of ATC or SCI via the SQL Performance Tuning Worklist [SWLT]. But I digress. Now you know where the opportunities are situated in your system it is time to optimize.

In the first place by revamping your queries. There is no more excuse: more and more of the SQL92 standard is available now for use in OSQL, perfectly synergized with other new features NetWeaver 7.4 brings (inline declarations, conversions and so on). Hence the participants were given plenty of exercises to optimize code using SAP’s new EPM demo data model as SFLIGHT has had it’s time, just as a SELECT SINGLE in a loop 🙂 … 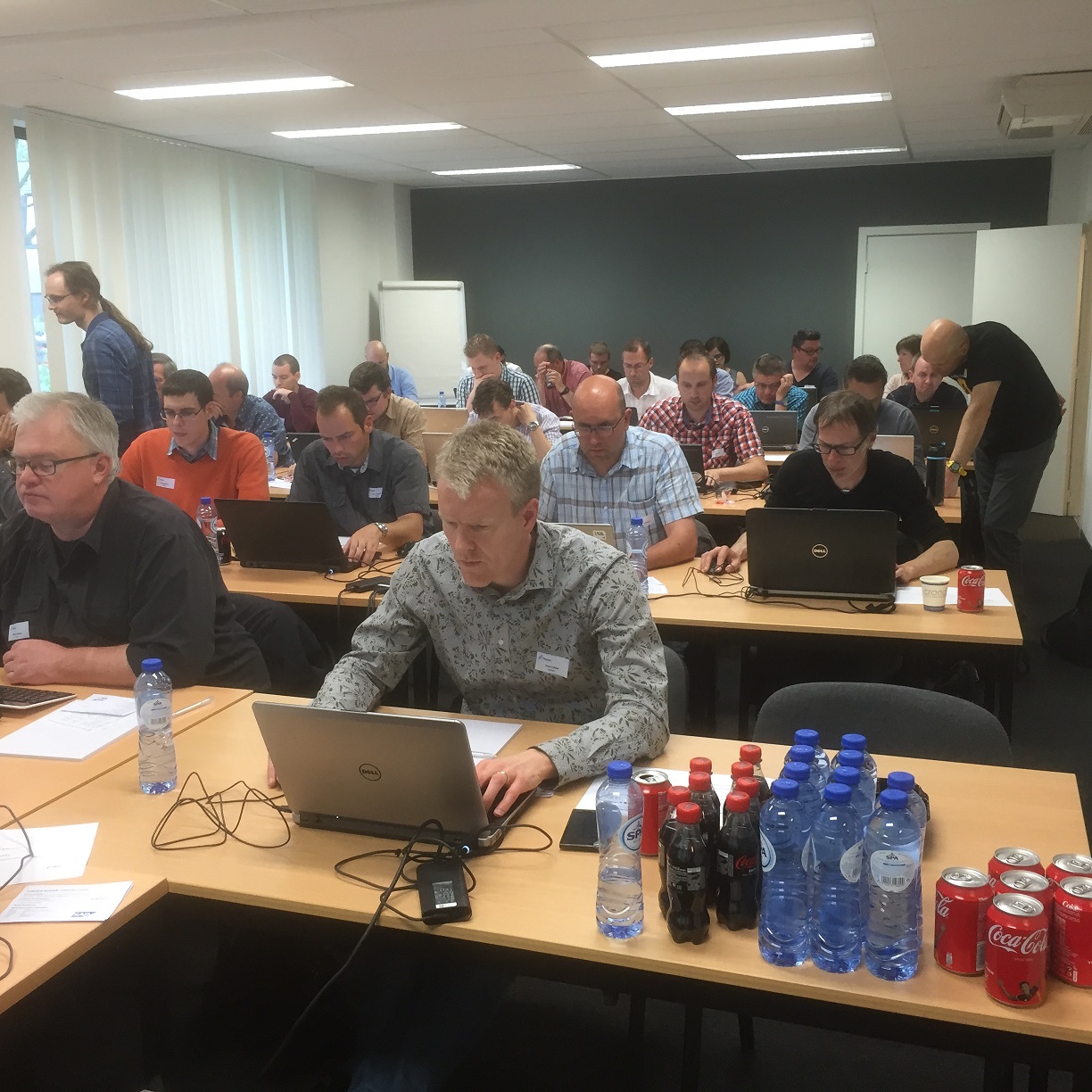 But why stop there? Although a lot of code optimization is possible using the (new) OSQL syntax, there are plenty of possibilities to turn it up a notch, to explore. To do so, you need to have the proper development environment installed, i.e. eclipse, as you do need it in order the create a.o. Core Data Services [CDS] views. The event actually started with a small introduction and tips and tricks for eclipse. You could clearly see the eagerness of the participants for this event as all of them already had eclipse installed with the ADT plugin, so our usb-keys with 32 and 64 bit eclipse and java installers were not required 🙂 .

Yes, I have mentioned the new ‘buzz’ word: CDS. Honestly, when I first had a look at CDS views 1.5 year ago I could not help to think: “O great, yet another type of view”. I could not have been more wrong. Of course  you can make a CDS view as if you were doing it via SE11 but there is so much more to it. And not to forget, you can just call them with OSQL, you can create them with parameters, use them in ABAP Managed Database Procedures [AMDP] – to further push code to the database – and so on. Our participants had the chance to explore it all. 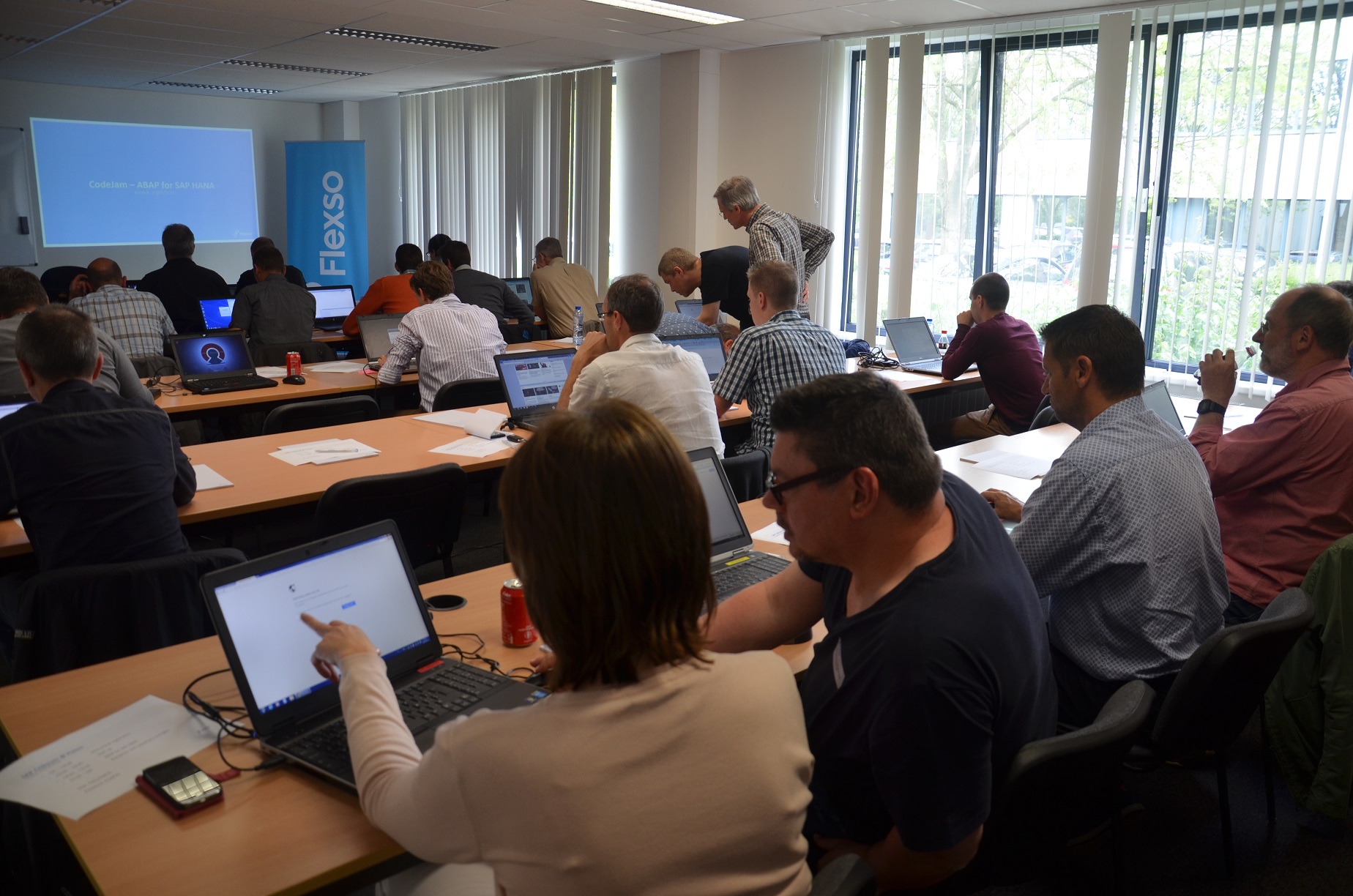 During this event a lot of attention was given on the usage of annotations in CDS, which enable flexible usage in different contexts and provide extra semantic information. Ingo gave the participants and the hosts a sneak-preview on NetWeaver 7.5 and the power of these annotations (and they are already powerful, think e.g. of fuzzy search). Something to look forward is the possibility to expose an OData Service by just adding a simple annotation in your DDL source file! One line to rule them all! 🙂

A lot has happened in the last years, especially in a HANA context and you could sometimes feel the anxiety at customers: Calculation views? Attribute views,.. , CDS views? Where does it all go to? The nice aspect of events such as this CodeJam is that you can talk with the people most close to it, to get an insight of what is coming. I mean: Already more than 6000 standard cds views with 8000 associations in Suite4HANA? Clearly it is here to stay. And all pieces of the puzzle are falling into place: the tools to detect, to optimize and to explore are available, not tomorrow but today, tomorrow will bring just more goodies but the framework is in place. On a personal level I have to admit being envious at our guests from SAP as for them NW7.4 is already yesterday 🙂 .

All the participants were happy with the extensive material that was provided, all could explore at there own pace as the exercises were well constructed and plenty of information was available to get the most of the event. If there was one common feedback we got from the participants: the event was too short, and I have to say – we had an easy time assisting our jammers as all of them were fully focused on exploring! At the start of the event there were some hick-ups on the system itself but in the end there weren’t any major technical issues.

Obviously a CodeJam has to end with some refreshments and a chance for the jammers to exchange ideas and network during a closing reception. 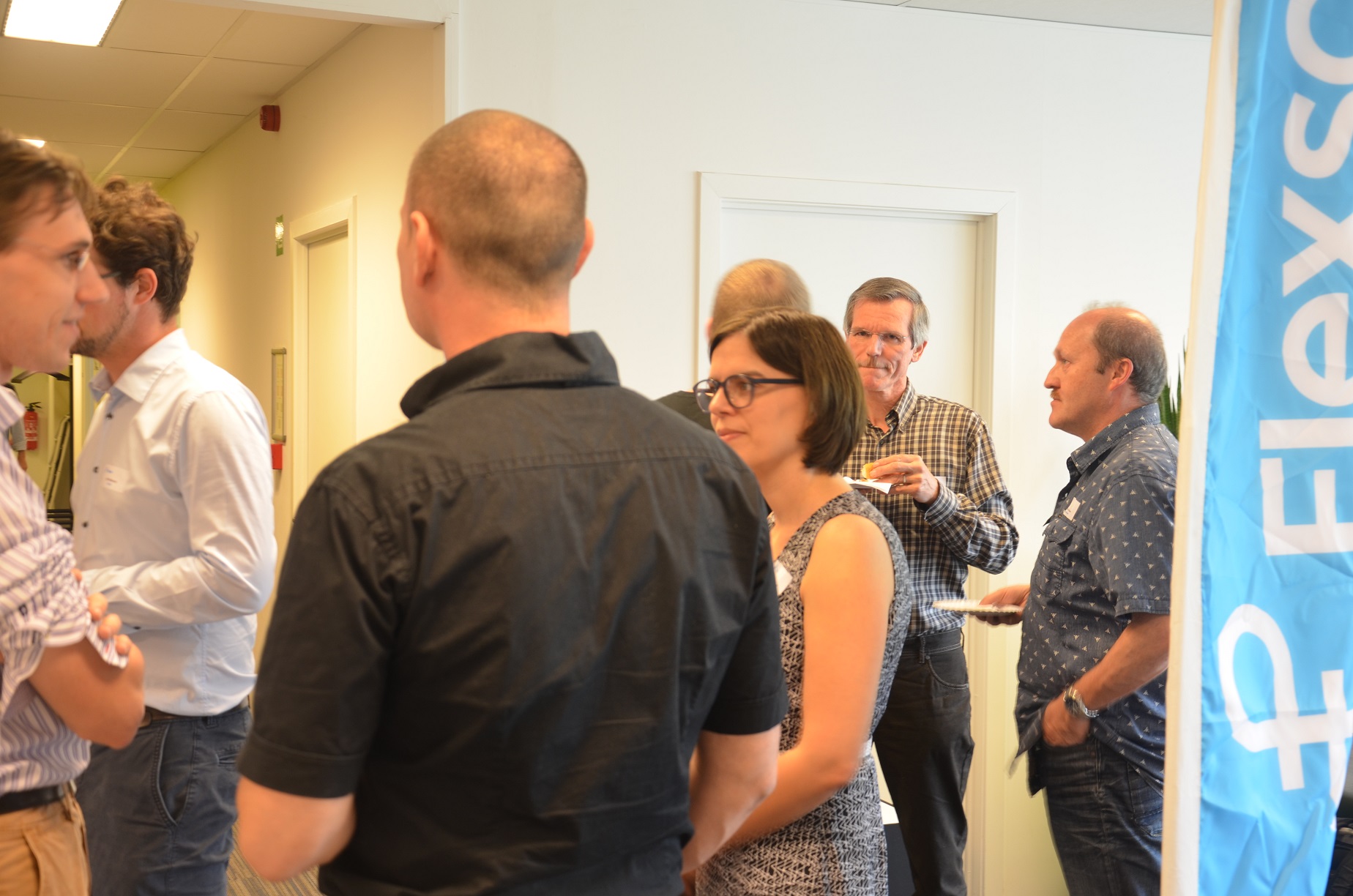 Flexso was happy to host this event and we would like to thank Ingo and Simon for their contribution, and all participants for attending the event. We hope they enjoyed the CodeJam and that their appetite for what is there to come has increased further! I know mine has!