This Shipbuilder’s Apprentice School is a “National Model”

It’s graduation day. The auditorium is packed with proud parents and honored guests. The students in their caps and gowns form a sea of maroon and gold.

To the casual observer, this commencement ceremony probably looks like that at any college or university. But look closely and you’ll notice at least one difference. 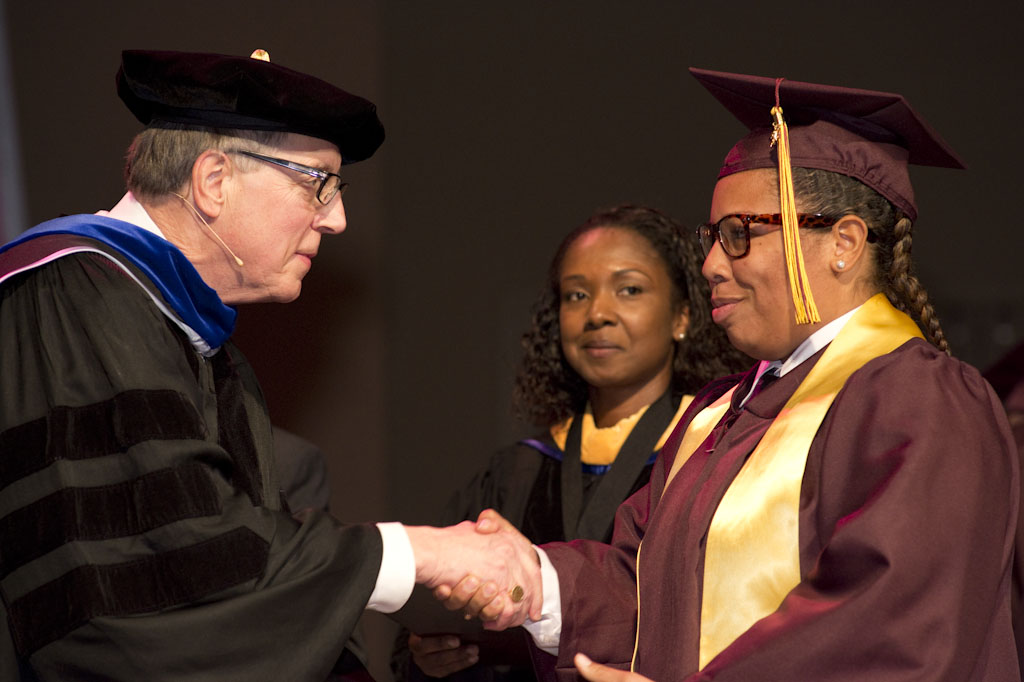 At the far end of the stage hangs a polished ship’s bell – a shining symbol of an ancient tradition.

This is graduation day at The Apprentice School – a training and education institution operated by Newport News Shipbuilding.

For almost a century, The Apprentice School has been preparing students for careers in the shipbuilding industry. And in his address to this year’s graduating class, United States Senator Tim Kaine called the school, “The national model that others should emulate.”

The Next Generation of Shipbuilders

Newport News Shipbuilding – a division of Huntington Ingalls Industries – is the sole builder and refueler of United States Navy aircraft carriers and one of only two providers of U.S. Navy submarines.

With about 20,000 employees, the company is the largest industrial employer in the state of Virginia. As you might expect, it requires a specialized workforce.

“That’s why The Apprentice School is so important,” says Bharat Amin, vice president and chief information officer at Newport News Shipbuilding. “Our faculty and staff are passing on the craft of shipbuilding to a new generation.”

The Apprentice School accepts about 225 applicants a year into its tuition-free program. It offers four-, five-, and eight-year apprenticeships in 19 shipbuilding disciplines and several advanced programs of study. Apprentices complete at a minimum 1,000 hours of academic course work and 7,000 hours of on-the-job training.

The students become proficient in specialties such as shipfitter, rigger, advanced shipyard operations, machinist, and nuclear test technician. Through partnerships with nearby community colleges and Old Dominion University, the school provides students with additional opportunities to earn associate’s and bachelor’s degrees. The Apprentice School “Builders” even field athletic teams in sports like football and basketball that compete against Division III level opponents.

“The Apprentice School has trained more than 10,000 students in its long history,” says Amin. “And we are particularly proud that around 40% of our production management team are graduates of the program.”

Cure for a Widening Skills Gap?

Why aren’t more companies in the United States developing the talent they need? After all, the apprenticeship model remains strong in other countries around the globe.

In much of Europe, apprenticeships are known as the “dual education system,” and it’s considered a respected career path. In Germany, close to 60% of that country’s young people train as apprentices.

The United Kingdom’s National Careers Service sees apprenticeships as the gold standard for work-based learning. It provides guidance on programs that cover over 1,200 job roles in areas as diverse as engineering, accounting, veterinary nursing, and digital media.

Finding employees with the right skill sets is already a troubling concern for many executives. Significant talent shortages are reported in high-tech, manufacturing, oil and gas, financial services, pharmaceuticals, and healthcare.

With emerging technologies and the ongoing retirement of millions of baby boomers, you can only expect the skills gap to widen and the competition for talent to grow more intense.

Perhaps it’s time for the United States to play catch-up.

Just weeks ago, the White House announced a US$90 million investment to expand apprenticeships in the U.S. The press release called job-driven apprenticeships, “among the surest pathways” for providing workers with the skills and knowledge needed to acquire good-paying jobs.

The announcement also notes that the return on investment for employers can be impressive. International studies suggest that for every dollar spent on apprenticeship, employers may get an average of US$1.47 back in increased productivity and greater front-line innovation. 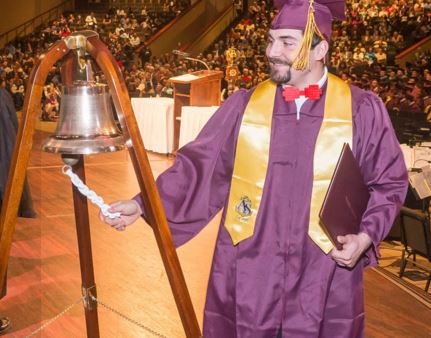 Newport News Shipbuilding has enjoyed a nice return on its investment since 1919. And today, The Apprentice School is graduating another 170 highly skilled men and woman for the trade.

Graduates of The Apprentice School can walk directly from the commencement ceremony into rewarding careers at Newport News Shipbuilding, with more than 82% remaining with the company 10 years after graduation. But before they do, there is one more tradition to honor.

After thousands of hours of study and hard work, the students walk individually to the front of the auditorium to receive their certificate of apprenticeship. Each pauses for a moment at the far end of the stage.

Every graduate of The Apprentice School has earned the right to ring the ship’s bell.

Newport News Shipbuilding and Huntington Ingalls Industries are just two of the companies that attended the SAP Aerospace & Defense Innovation Days event in Dallas this year. Click here to learn more about SAP solutions and expertise for the aerospace and defense industry.