In good tradition we will extend the FAQ series for SAP S/4HANA, thanks again to many feedback received. Let´s dive right into the Q2/2016 update.

What is the right reporting option in SAP S/4HANA: SAP BW powered by HANA, or SAP S/4HANA Core Data Services?

Here there is not right or wrong. SAP BW powered by HANA will continue to represent the preferred solution for strategic enterprise data warehousing to help customers consolidate data from different sources (including SAP and non-SAP data sources) and get a consistent view across the enterprise.

SAP BW powered by HANA will continue to act as SAP’s central enterprise data warehouse solution. SAPS/4 HANA and SAP BW on HANA complement each other. This document will give you more details on this topic. 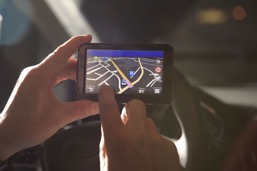 What is the authorization concept in SAP S/4HANA? It is the same as ECC 6.0?

In addition to these guidelines, we include information about user administration and authentication that specifically applies to SAP S/4HANA in the following topics:

Concerning the migration from SAP ECC to S/4HANA, what are the options and services offered by SAP for the migrations?

To move from an SAP ECC System to SAP S/4HANA, we have to consider different implementation scenarios supporting the move to SAP S/4HANA

Is there to possibility to have Custom Code also in SAP S/4HANA Cloud?

We want to answer this question in two ways. On the one hand side, this question might refer to a customer who runs SAP ECC and considers moving into SAP S/4HANA Cloud.

On the other hand side, the question is of pure technical nature.

There are two transformation scenarios for moving into SAP S/4HANA Cloud which are “New Implementation” and “Landscape Transformation. Both scenarios imply a new system installation in SAP Data Centers. Customers can initially migrate business data into the system and further on are able to integrate their SAP S/4HANA Cloud instance with other SAP Cloud solutions and with on-premise solutions. Having said this, the consequence is that there is no option to move any ABAP-code from any SAP ECC system to SAP S/4HANA Cloud.

Instead the way forward has much to do with the technical options and concepts of extending SAP S/4HANA Cloud, which is now referred to in the second part of the answer.

SAP offers two flavors of extensibility in the cloud, which are complementary and can be combined:

Is there any changes in the Simplification list coming with the feature pack stacks FSP01, FSP02 … ?

SAP has published a simplification list for SAP S/4HANA on premise 1511. The Simplification List consists of simplification items with the focus on what has to be considered by customers in an implementation / system conversion project from SAP ERP 6.0 to SAP S/4HANA, on-premise edition.

New innovations that also can result in changes of the Simplification list are shipped on a yearly basis for each mayor release of SAP S/4HANA. The next major release is planned for end of 2016. For more information about the release strategy check this blog that will give you more information.

Note that the simplification list is not a replacement for the product documentation but a complement. The document – Feature Scope Description – is accessible here. SAP will provide a new version for all Feature Pack Stack.

Thanks for sharing the collection on FAQ.