I often seen the requirement to display all members of a given dimension in one cell separated by any character.

So the idea is to use Web Intelligence variables to group all dimension values (with or without a condition) in a single variable that can be used anywhere in a report.

So rather to display a classic table like this:

Sometimes we want to display the table like this:

The result can also depend on other dimensions such as list of available colors for a given car.

Before explaining the solution, here is a screenshot of a report I created with my solution: To obtain the results we need 2 variables per dimension and I will explain why.

In the Previous(Self) expression I added a ForEach expression. This is mandatory, otherwise the result will only display the current value of the dimension.

Now if we add this variable in a report, here is the result we obtain:

But in my requirement, I am only interested by the last computation.

So to do that I need a second variable. I cannot do it in a single variable because I need a dimension variable first and the second expression is always a measure and cannot be changed according to Web Intelligence.

Now we can create such reports: 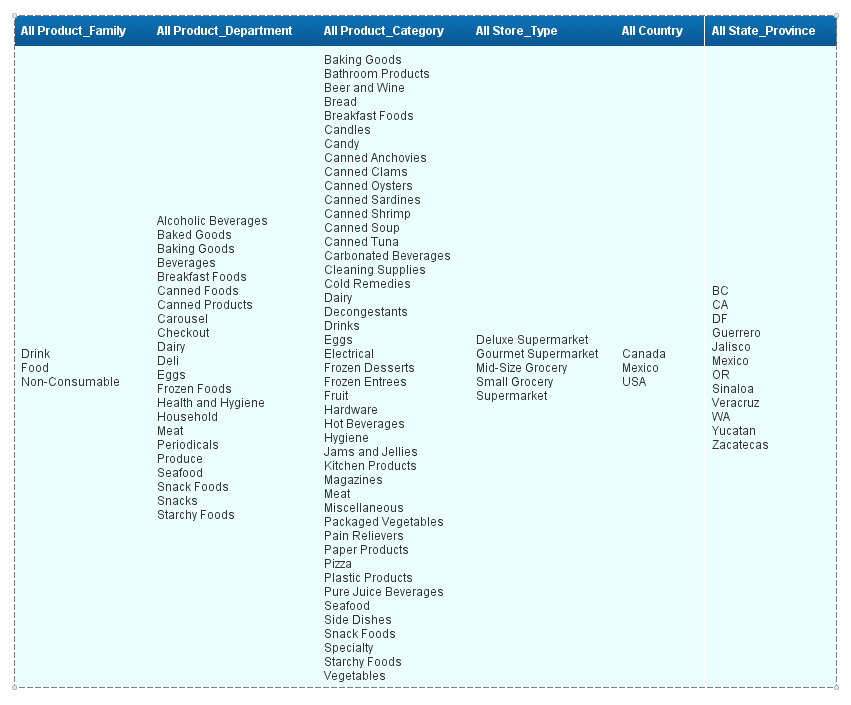 We can also add measures and obtain this report: 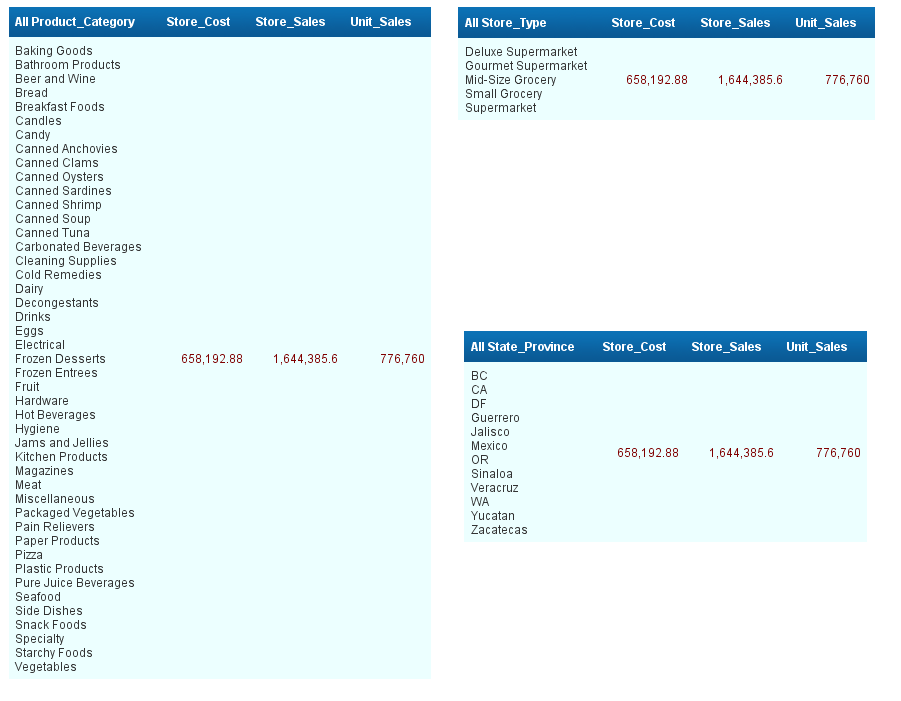 The measures value is in fact the sum for all Dimension values. In my example there is no dependcy on other dimensions, no context.

Products bought per year by a customer

But we can imagine an advanced usage.

I created a “Customer Info” report. The goal is to list all product bought by a given customer for a given year with the Quantity and Amount for this list of products. 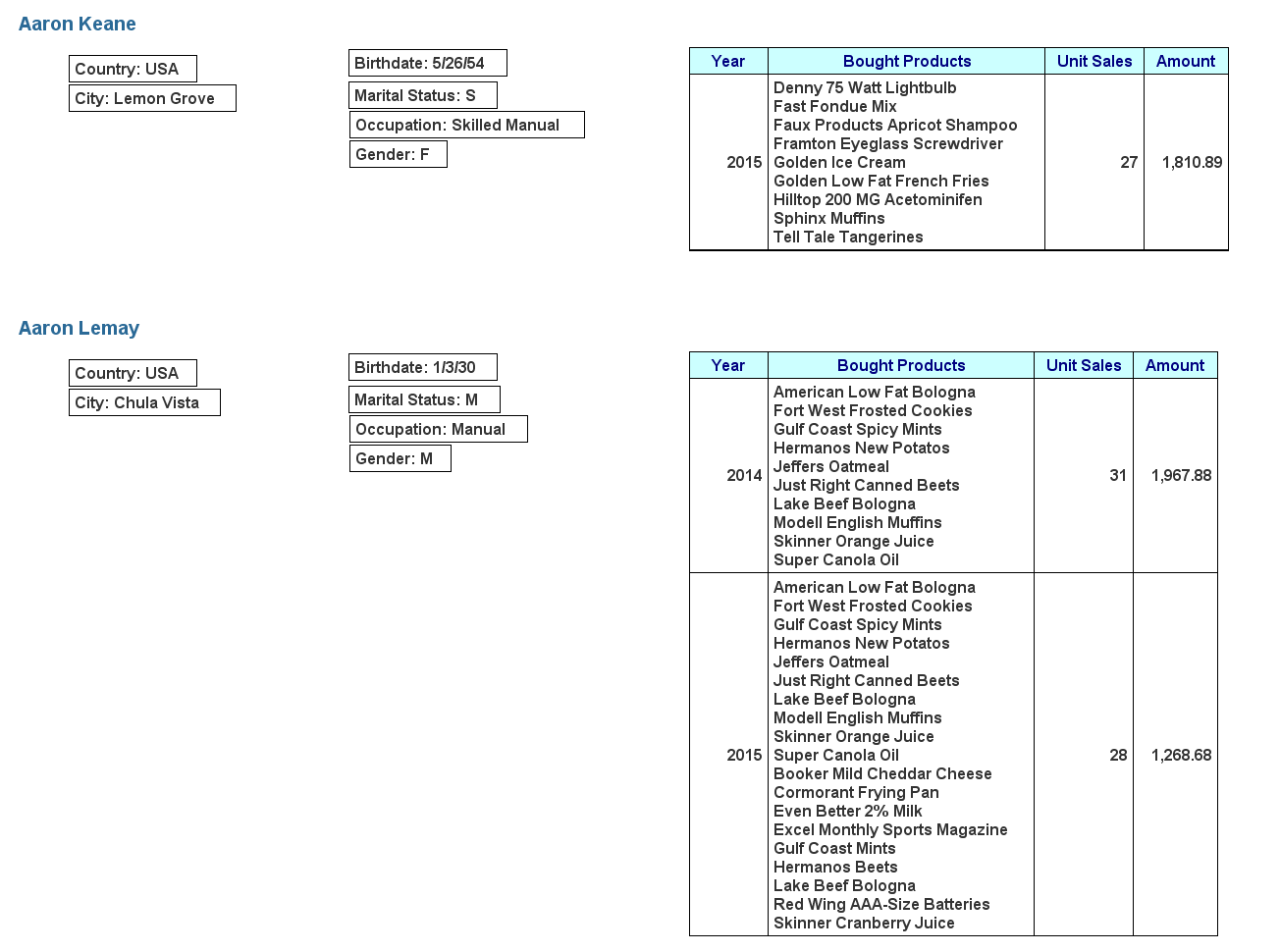 To obtain the result the first variable needs to be modified to take into account the context:

The core of the formula did not change. I just added the context: In ([Customer Name];[Customer].[Year])

I hope you will find several usages of this solution in your report.

You can download the Web Intelligence report attached to that publication.

Thanks for your great article.

I try the solution but I have a problem when I add dimension. The "In" Operator does made nothing.

Can you help me ?

I can explain more if needed...