SAP Helps in the Refugee Crisis

In 2015, over a million refugees fled civil war, conflicts, and oppression and came to Europe. That’s more than four times the number that arrived in Europe the previous year, and the situation is expected to be similar in 2016.

Last year, SAP raised around €900,000 for refugee aid through the SAP Solidarity Fund. With this money, it was possible to start a comprehensive cross-regional refugee aid program. Some of the program’s projects have already been successfully completed, while others are ongoing.

Through the SAP Solidarity Fund, SAP employees donated €200,000 to tackling the refugee crisis in Germany.
Thanks to these donations, it has so far been possible to support more than 40 refugee initiatives throughout Germany. SAP employees are involved as volunteers in most of these initiatives. The supported initiatives have so far reached more than 14,000 refugees, and their work focuses on the following areas:

Furthermore, SAP was able to make a significant contribution to setting up a meeting place near SAP headquarters that supports the inclusion of refugees in Walldorf.

Many SAP employees are active as volunteers in refugee initiatives. German courses take place weekly in the region and colleagues provide countless and diverse voluntary services, in part through local asylum initiatives.

Emergency aid in the transit countries and countries of arrival

Other money from the SAP Solidarity Fund has been used for emergency aid in the transit countries, for example, Greece and Croatia. The local SAP subsidiaries assisted in selecting and supporting the aid initiatives. Urgently needed basic care was ensured with medical and sanitary supplies, food, and baby care kits. 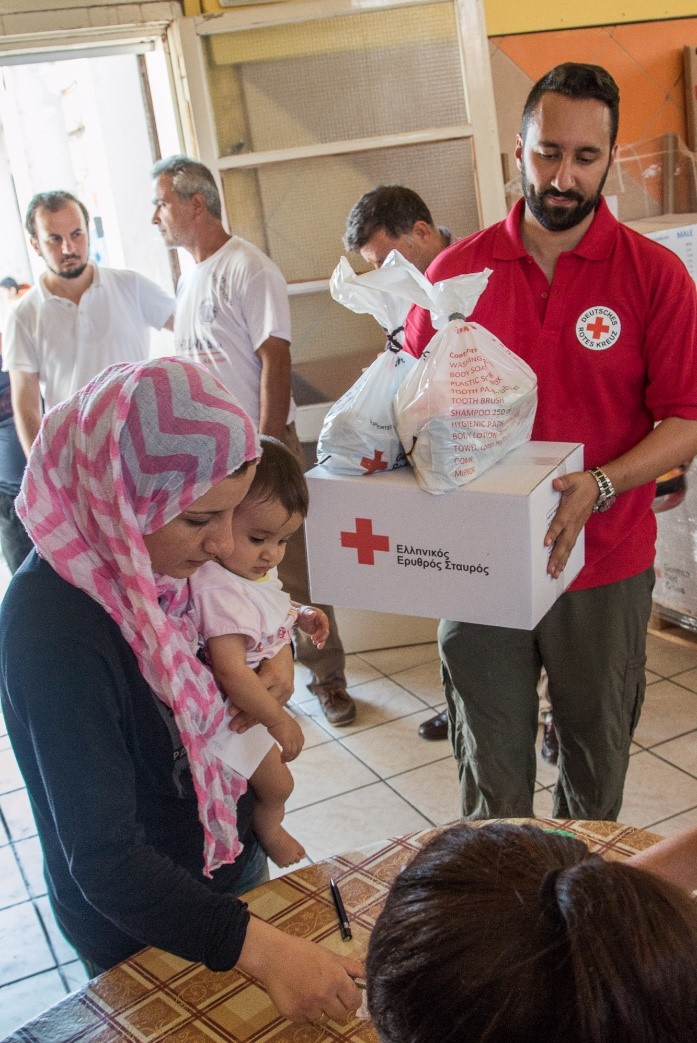 Greece: help for refugees in Lavrio

Other funds for emergency relief have been made available to the local SAP subsidiaries in the countries of arrival Sweden, France, and the Netherlands.

The publicly accessible openSAP course called “Auch du kannst das. Deutsch für Asylbewerber. Ehrenamtlich” (which translates as “You can do it, too. German for asylum seekers. By volunteers”) has been available since February. It gives volunteers tips about how they can teach refugees simple German for day-to-day situations. This online course was developed in collaboration with the German welfare association “the Paritätische” and is provided free of charge.

Together with partners, SAP is providing programming and Web design courses to improve the employability of refugees. It is also filling critical gaps in children’s and young people’s education with programming courses. In October 2016, a Refugee Code Week will take place in the countries bordering Syria and Iraq.
The first train-the-trainer session was already held in Jordan at the beginning of March, where more than 700 instructors were trained by SAP in collaboration with partners and universities.