Persons, who are working with XBRL reporting for CoRep / FinRep or Solvency II, are often faced with validation rules that have been officially deactivated by the European supervisory authorities, but are still marked as active within the taxonomies. The reason for this is that the official lists with validation rules are updated more often than the corresponding XBRL taxonomies.

These official lists with all validation rules can be found at the EBA Homepage for CoRep / FinRep (https://www.eba.europa.eu/regulation-and-policy/supervisory-reporting/implementing-technical-standard-on-supervisory-reporting-data-point-model-) and at the EIOPA homepage for Solvency II (https://eiopa.europa.eu/Pages/Supervision/Insurance/Reporting-formats.aspx). Within these lists many rules are marked as “deactivated” for different reasons.

Most of the time users simply need to ignore the validation results for those deactivated rules, but sometimes those rules are so faulty that they cause serious performance problems. So it is really advantageous to exclude these rules from the validation process.

The deactivation of validation rules is possible since SP06. A description of how to do so can be found in SAP Note 2296488, but I want to describe it here in more detail, because this process might not be as intuitive as needed.

Currently there is no User Interface for deactivating validation rules. All rules, that should be deactivated, have to be contained in a file “excludedRules.txt”, which is located in the top folder of the taxonomy zip file.

1. Step: Find out, which rules you want to deactivate

If you have in the previous step copied a complete column from the Excel document to the “excludedRules.txt” file, this is fine. Otherwise you have to create this text file now by entering each validation rule, you want to ignore, in a single line.

3. Step: Copy this file in the top folder of your taxonomy zip file

You should already have a taxonomy on your SAP Disclosure Management server. Download the latest revision of this taxonomy, extract it, copy the “excludedRules.txt” to the top folder (on the same level, where the “http” folder is), compress it again and upload it to the same chapter as before.

Putting the file inside the taxonomy makes sure that the file is transferred to all TaskEngines and that each system does the validation in the same way.

Now you can run your validations in the same way as before. The log files will tell you, which validation rules are executed and which are ignored. 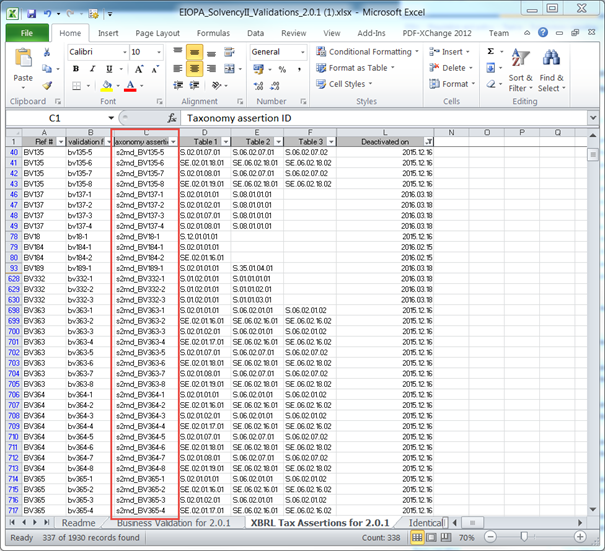 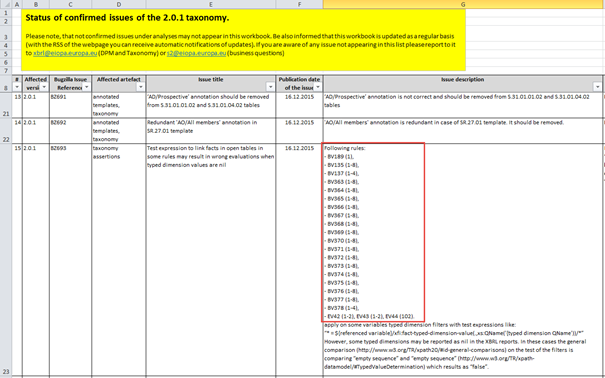