For the past quarter SAP Labs Bulgaria executed a big number of events with an effort to educate and expose new bright minds to SAP’s unique technologies and culture. We are happy to see that SAP brings new technology and motivates students to work harder for their personal development.

First SoftUniada was held on  9th – 10th of January 2016. This is a competition in competitive programming and development of software projects by high school and university students in Bulgaria. The competition is organized by the Software University in partnership with SAP Labs Bulgaria and 16 other IT companies. In the first day of the event participants had to solve 10 algorithmic problems in 5 hours’ time. In the second day the young people presented web and software applications of their own design. SoftUniada brought together 450 contestants from 3 countries and 71 places of residency.

SAP Labs Bulgaria had a representative in the jury in the Web Projects category and he had the challenging task of distinguishing the best out of the 25 finalists. We are proud to draw your attention to the fact that a lot of the participants, involved somehow with SAP (Study iT First, SAP Geeky Camp), won a distinction. SAP’s special award was won by the Deliver IT project (software for courier services).

SAP and the 16th Student Conference

The 16th Student Conference of the High School Student Institute of Mathematics and Informatics took place between 15th and 17th of January. Students aged 15 –19 yearsfrom all over Bulgaria attended the conference. They had a few months to create their own projects in Informatics / IT and later present them. Some of our colleagues in SAP Labs Bulgaria helped the young people by mentoring them, taking part in a summer school with them or by being a part of the jury for the finals.

More than 50 talented kids submitted their projects and 9 of the latter were acknowledged with honorary diplomas and an interview arrangement for the chance to be one of the two students that would go to the Research Science Institute in USA. Additionally, we gave a „SAP’s Special Award“ to two projects. SAP Labs Bulgaria was the only representative of the business in Bulgaria and the only company with mentors in the whole event.

SAP Labs Bulgaria supported the trip to NASA for the Bulgarian team of young people that won first place in the NASA’s global race for innovation. The team developed a project for a “smart glove” that can handle any kind of electronics – from appliances in the home, locking of doors at homes and cars to spaceships. The project is the future in gesture control and voice command. They attended the launch of the spacecraft in December 2015. Philip Yankov, part of the team that developed the innovative project, said: “Thank you very much for your support for the trip to NASA. This is an unforgettable experience in which I can say that Bulgaria gained recognition as a nation with history and traditions. Our project was recognized as the only project among the winners that will have future realization. 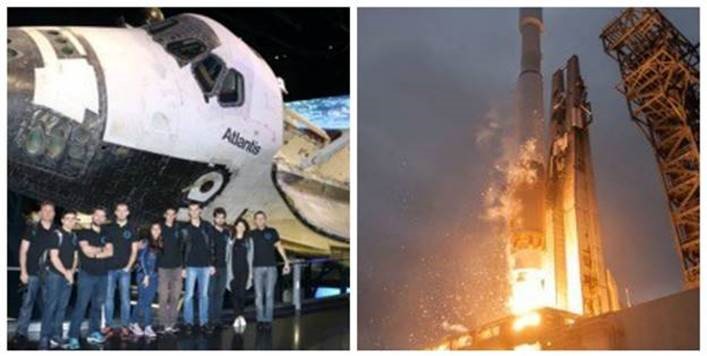 This year Velina Yankova, a young colleague from SAP Labs Bulgaria was part of InnoJam at CeBit in Hanover, Germany. There were 83 participants divided into 16 teams from 16 countries. Her team’s challenge was: “How could a Big Data toll support the decision process for Volkswagen on Design and functionalities for current and future car models?”The team spent 32 hours on our solution using SAP UI5 and HCP. 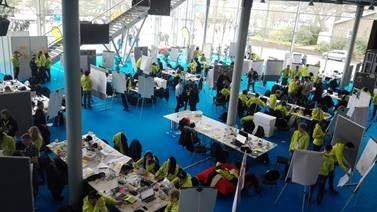 In Q1 colleagues from SAP Labs Bulgaria returned again to the high schools they have graduated from. Two schools were visited: High-school of Science and Mathematics in the towns of Gotse Delchev and Lovech as part of the SAP Back2School program. The goal is to present the profession of the software developer to high school students. More than 40 students attended the 2 lectures and time ran out without us being able to answer all questions. As one of the students, said “If no one got up, when the bell rang, then this means that we, the students, found the lecture very interesting and useful.” 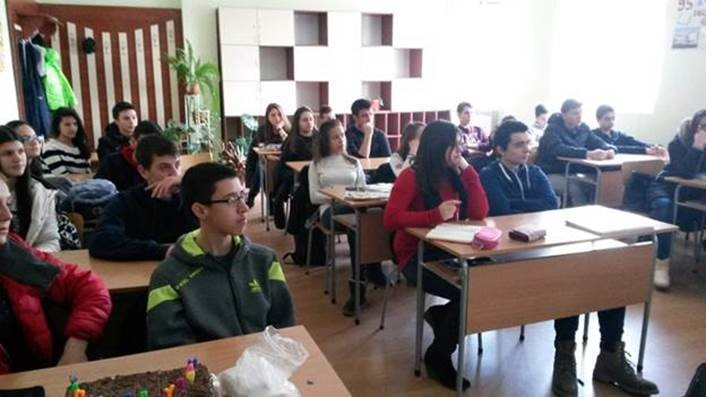 Students from American University in Bulgaria visit the office

At their own initiative and willingness students from AUBG visited our office. About 20 students were our guests, and during this visit got acquainted with SAP, what our company does, what products are developed in the Bulgarian Lab as well as what development methodologies and processes we apply. The most interesting part was the tour in the office. Colleagues, alumni of AUBG, were in the role of guides and showed students around the building to feel the atmosphere in a software company.

At a seminar at Software University in March our colleague Nayden Nachev shared ideas and motivation behind the business solution S/4HANA and the future of business software. S/4HANA is specially optimized for in-memory platform HANA, which gives him a unique opportunity to simplify many business processes and corresponding applications that support them. The lecture was attended by about 30 students.

The event took place on 15-23 March in Sofia in front of 100 participants. Traditionally we had lectures on the top technologies at SAP. As part of the event 12 selected students also spent a day in our office, working on a case that colleagues developed specifically for the event.

The youngest team at the hackathon for the closing of Hack Bulgaria’ autumn courses, DownTubers, won our prize from about 100 participants.  The high school students have developed a social network for video sharing with desktop app and cloud service. After the hackathon we attended a career event with all the students from the academy. 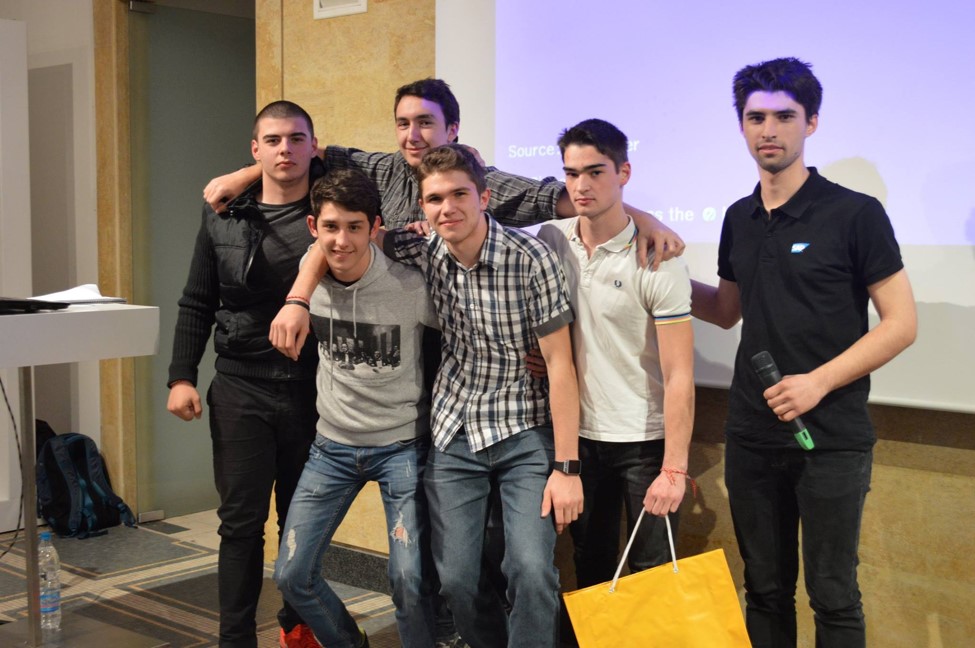 During this winter semester around 27colleagues are involved in running following courses at prominent Bulgarian universities:

The preparation of the content as well as the full delivery of the courses is entirely done by our dedicated SAP volunteers.