This document Describes  simple steps to  take performance trace at runtime  in Debugger.SAT ABAP TRACE helps to make the correct conclusions about genuine sources of poor performance. It pinpoints the ‘slow’ source code. For example, some ‘quick’ method triggers ‘slow’ determination. Classical SAT trace in this case shows that we have ‘slow’ method, while actually determination should be fixed or logic redesigned.

This following Step will explains how a developer can trace the performance for particular lines of code while Debugging and can also trace all the background process getting triggers for specific lines for which the trace has been activated.

Here we are not talking about taking the trace for entire execution but the given steps  will guide you through how one can trace a specific and only required code while debugging.

1. Set breakpoints at places that have already been identified as ‘slow’. All the following trace will be done between these breakpoints. Start execution of the logic. Press button ‘New tool’. 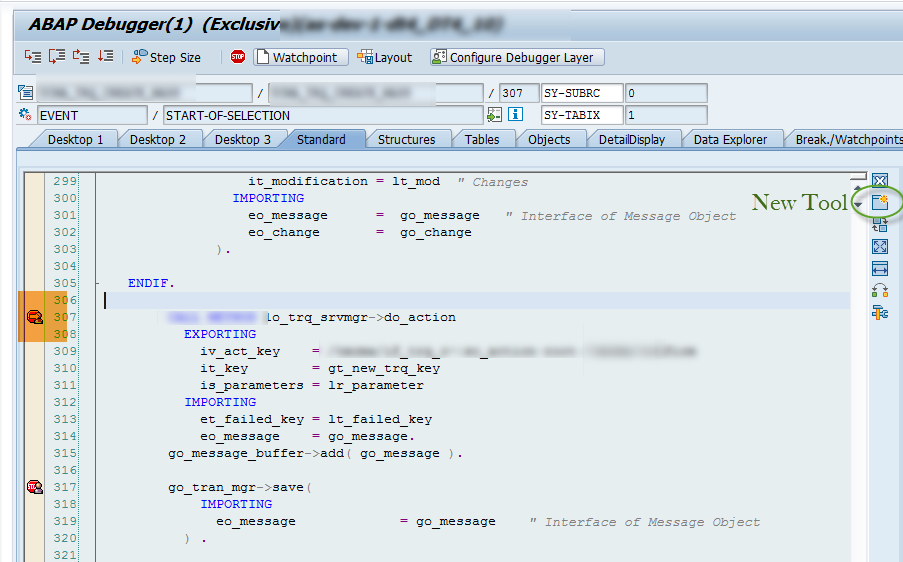 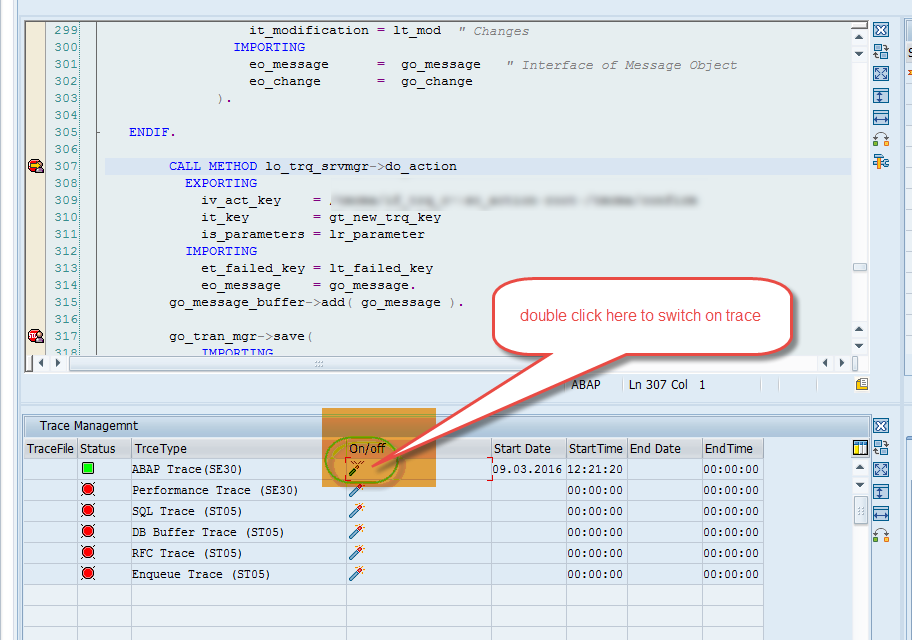 4. Deactivate trace. The icon of created trace file is to be shown. 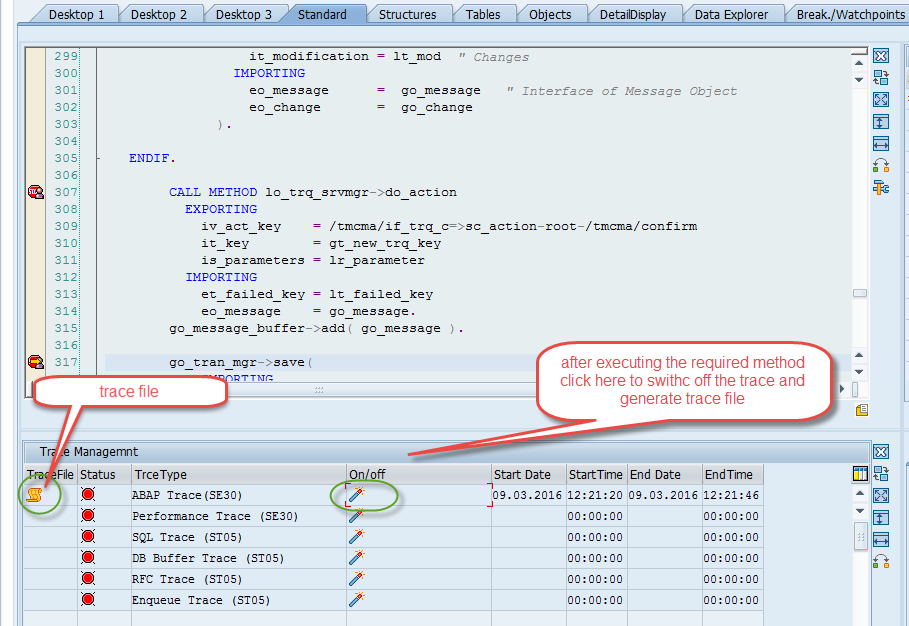 6. Go to ‘Desktop 2’ tab and investigate the tree of calls 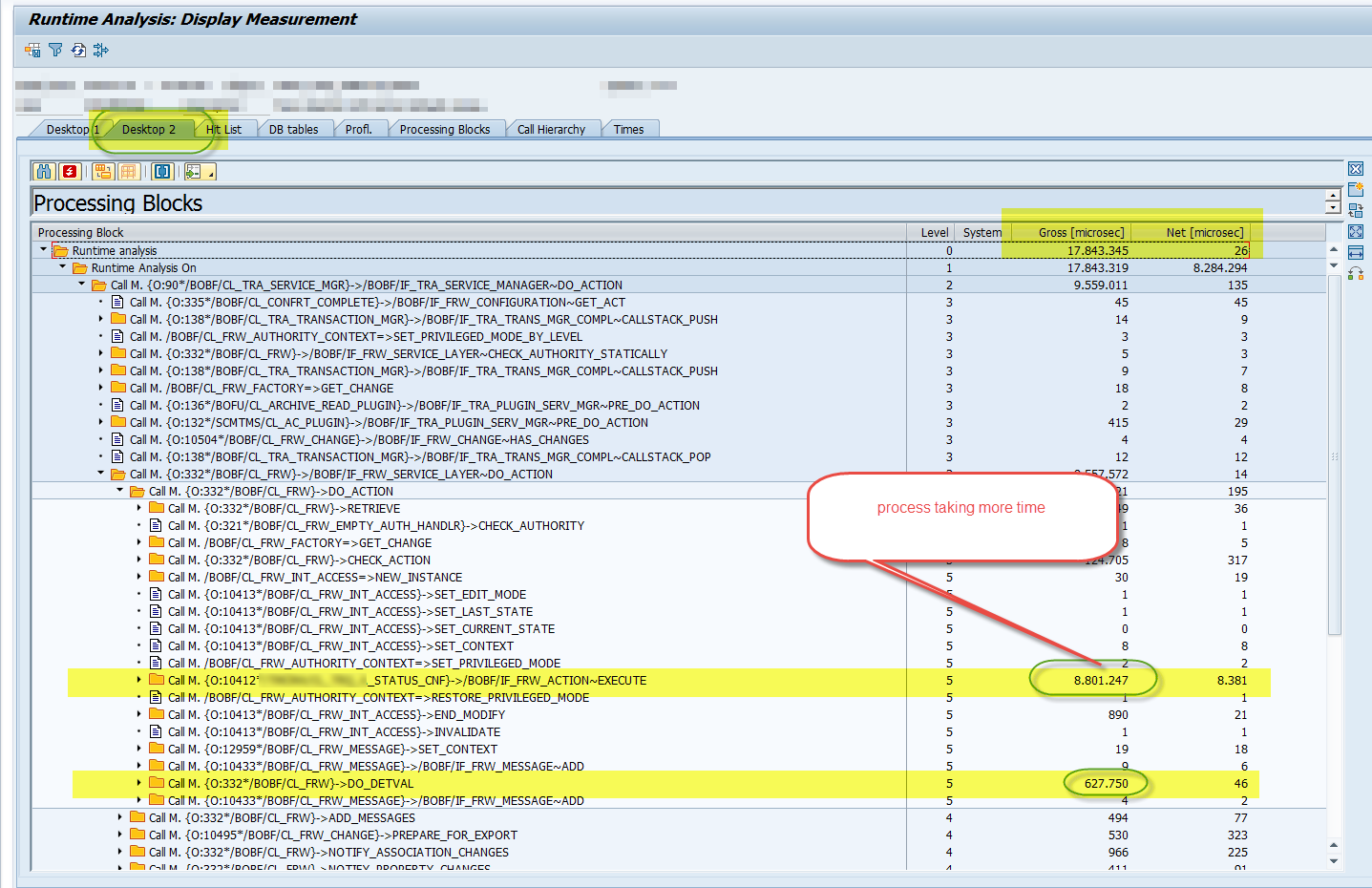