Prevent automatic Release for NWA once the Network header is Released

The problem was mentioned by SAP long time ago in the note 41712.  At the moment it does not look relevant for CN22, but the described system behavior matches to CJ20N.  Please have a look at the Closing note at the end of this article if you are not familiar with this “issue”.

Besides I just like a Project Builder transaction, because it gives a powerful centric view with one place access to many functions.  Using it in the read-only mode and doing networks maintenance in CN22 will take you very much back in time in terms of usability.

Depending on the process design it can be quite inconvenient that NWA are automatically released once the Network Header is released.

Network header does Release automatically when all child NWA are Released.

This means if later in time you need to add a new NWA to the Network it will force the automatic Release for new child.  Now, no need to explain why it might be a problem.  It can generate PR automatically, it cannot be deleted completely and so on…

Proposed solution is using a User Status Profile defaulted from the Network Settings. 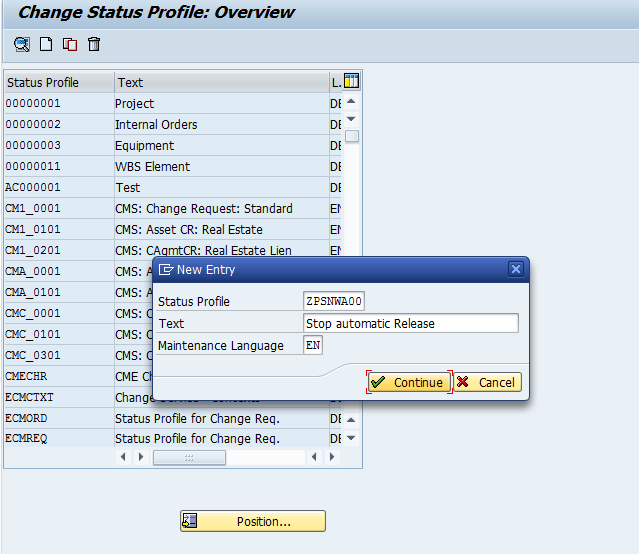 I will maintain only one Initial status without a sequence number:

The system will ask you to identify object types that can be used with the user status profile before you can maintain influences on business transactions.  That is because the set of transactions is dependent on the object type. 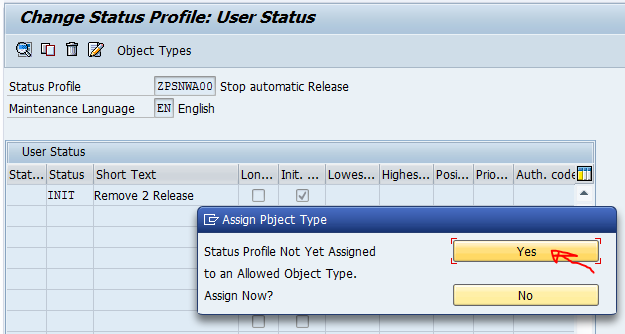 Even though I need this status profile just for NWA it is better to enable it for both Activity and Header, because if you want to default it through settings system will complain it cannot be assigned to the Network header. 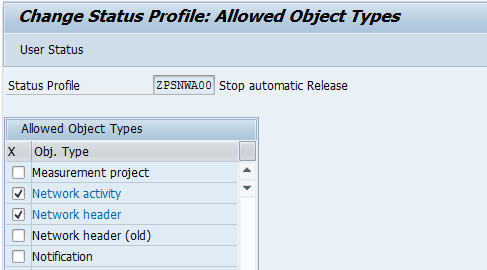 Save your data and continue to the list of business transactions: 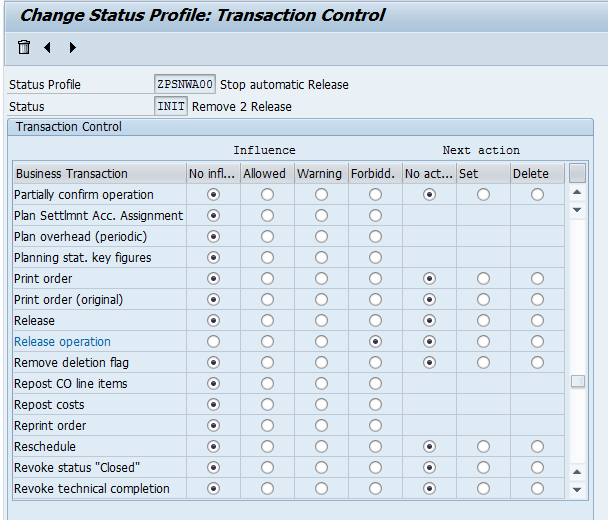 Next I will default the User Status Profile into the Network Type: 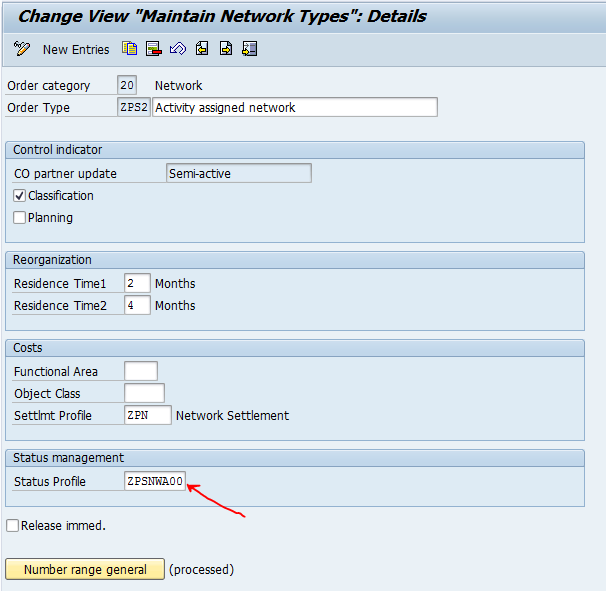 Now before Releasing the NWA you will need to remove a flag (or “untick”) the INIT user status: 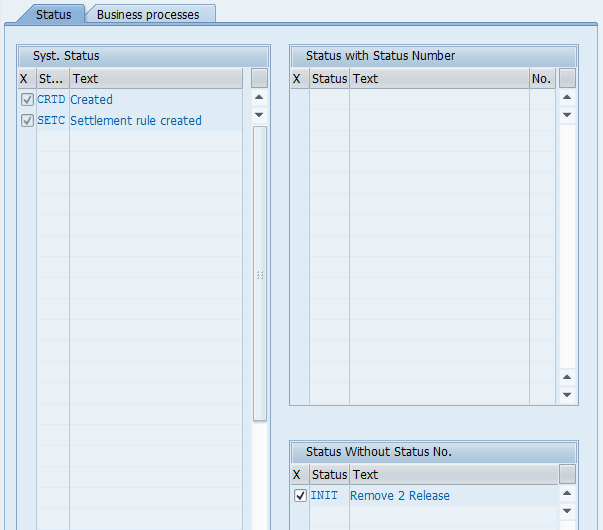 During solution test when I try to add a new NWA to the Released Network system prompts me an error message that NWA cannot be Released.  That is a bit annoying information, since nobody asked the system to force the Release, but next it can be saved as normal in the CRTD status.  The system will also change the status of the Network header from REL to PREL, to reflect the fact that not all NWA are now Released.

The above system behavior is observed in CJ20N (Project Builder transaction).  It is different from CN22.  Some companies through authorisations design the process to be used with one or another transaction, but not with both.