How to do automatic A/B testing of e-mails?

Since 1605 release SAP Hybris Marketing Cloud not only supports manual A/B testing (aka multivariate testing) but also automatically sending multiple mail variants to a small test group (e.g. 5%) before sending out automatically the most successful mail to the remaining recipients.

In detail you need to do the following to create a campaign with automatic A/B testing:

Additionally you can also use the random split and control group capabilities to do a manual A/B testing. 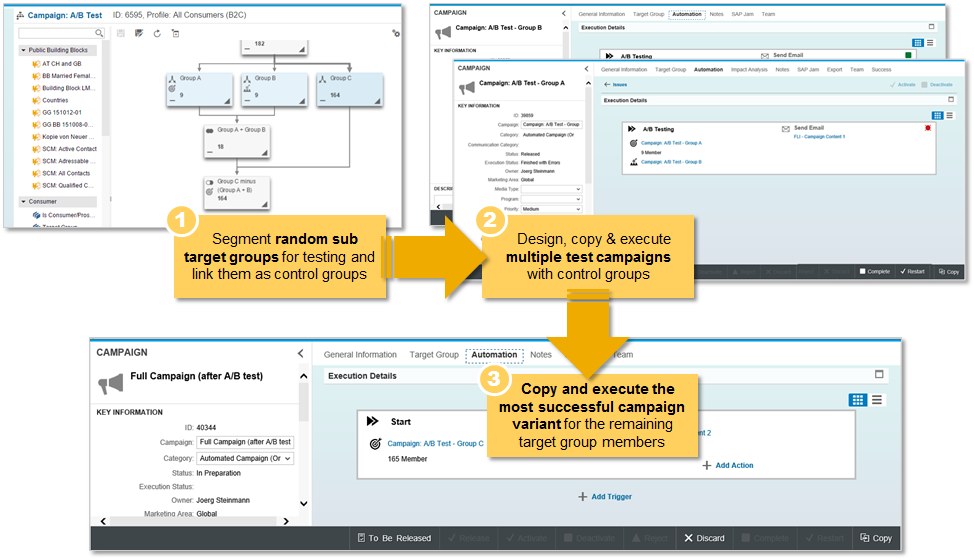 You can do this as follows: