The ABAP Detective and the Deprecated Device

When we last saw the ABAP Detective episode [ The ABAP Detective Queues Up ] the facts of the case led me to an impasse.  I had searched for “printers that have died” and came away with a piece of table. TSP03 is the short answer; a longer view follows.

I needed to figure out where the indications of dead devices appeared.  On one hand, spool devices are defined in SAP; on the other hand, I found most of the working queues went to Unix (AIX to be specific).  At the OS level, UNIX systems support one of several legacy protocols (lp, lpr), and the evolved version of one of them. In AIX, printcap is spelled qconfig.

Reading the evidence, one of the print spool log files showed a fatal error (capitalized for effect), spinning a strange tale of a print job that ran but could not locate the target device.  The failure was not communicated back to the batch job, apparently.  It was my assignment to find out why, or at least what.

In my skeleton key privilege collection, I could not access the transaction showing dialog process logs, which made finding the connection trickier.  I did have shell access (hence this post in the SAP on UNIX  space), and was able to take a gander at the logs in the usual sub dir.

As the protagonist printer was revealed in one case file, I browsed it a little deeper with the text analysis tools at hand.  You know the type, cat and friends.  Inside was nothing to write home about, much less wrap up a case, but it was something.  The small fragment:

So SAP handed over the goods to AIX, which responded affirmatively, at least that’s how it looks.  One page per process ID.  I needed to find that spool 703854.

Climbing out of the ssh access tunnel, I went back through the frontend gateway, also known as the SAP GUI.  After some back and forth, my magnifying glass (or binoculars) scanned into the spool list, and bingo, there was old ’54. 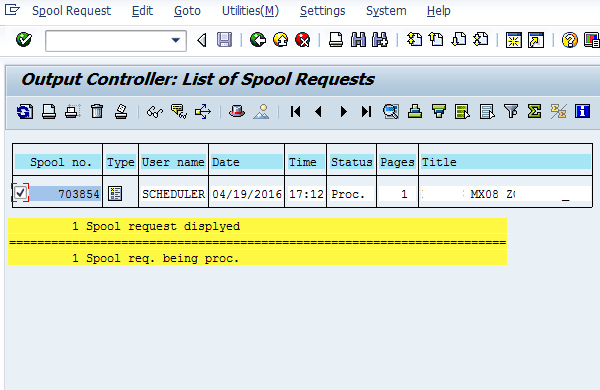 Inside the spool view, I needed to be careful and not touch any evidence, as spindling or mutilating the pseudo-paper would be frowned upon.  Flushing the evidence down the bit bucket has caused more than one investigation to hit signal 9.  What I could see was a single page output.  Everything checked out as the place to find where these bits were formed.  But, what next?  The calling program was not obvious (even before redaction).

Text version of the above (for SEO): 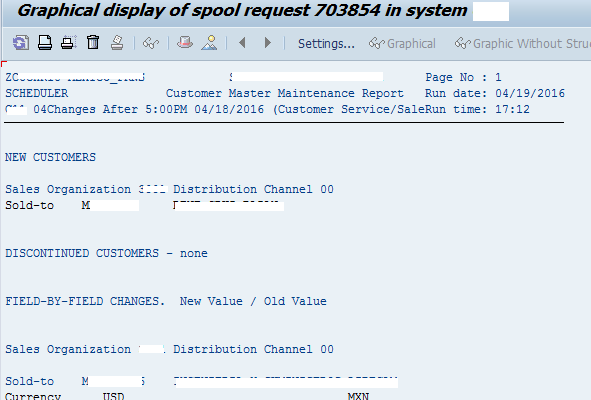 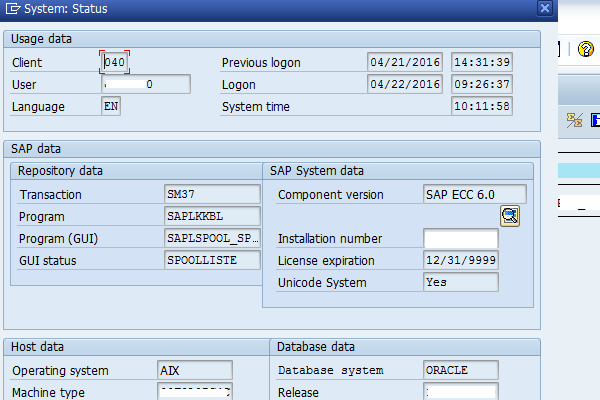 Once in SM37, I found the job that triggered the print spool request.  This still doesn’t show the actual code, but it’s getting closer.

Variant?  Is that a car model? 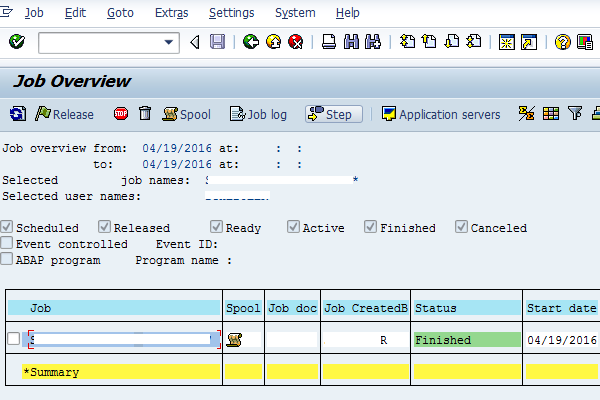 After casing the streets and alleys for a link from the spool log to the code, it finally showed up as an oft-maligned “go-to” menu pick. 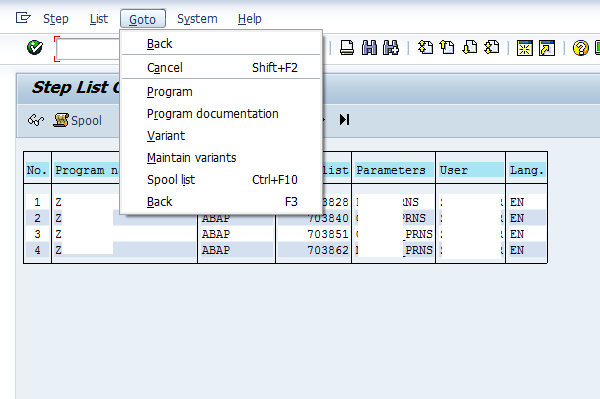 “Goto Program” indeed.  The ABAP dates back to the previous century.  One small code quote:

The printer destination is in a variant, with several being triggered across the steps:

So, to wrap up, what has been found and what’s not?

In other sides of this case, I’m rifling the active directory files on cross over ideas, not to mention RFCs and SAP notes.  Details below.  Stay tuned for the next installment. 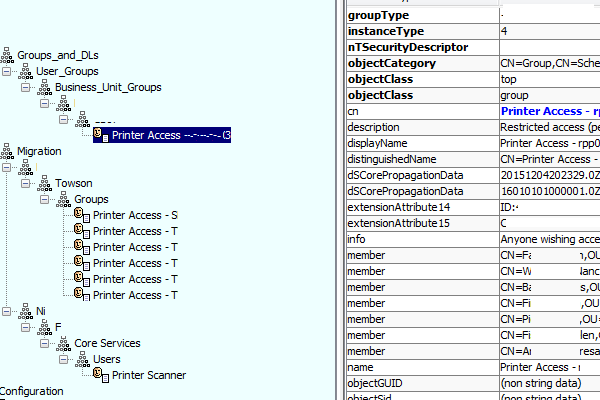