This blog lists some new features and my first impressions of the newest version of BUILD released April 28th, 2016.

April 28th was a great day for Fiori passionates as BUILD Beta version 5 was released after a whole day hitting the refresh button of the browser. If you want to check out the main improvements made by BUILD developers as well as my first impressions of this newest version please keep reading.

The list below contains highlights included in the email announcing the most recent version of the BUILD.

Low Fidelity Prototypes are probably the main feature which would bring someone who does not intend to create a Fiori app to use BUILD anyway. You can draw mockups in a piece of paper or in a whiteboard, take some photos and just upload them into BUILD. Then only thing you will need to do is to include hotspots to create the navigation between screens in your mockup.

Low Fidelity prototypes existed in BUILD beforehand and are even easier to be created now. Before the upgrade, it was possible to invite other people to contribute with your prototypes. Now, it’s even possible to keep a discussion with them within your prototype page. Particularly I liked the feature although I wonder what your happen if two people were editing a project at the same time. To access the discussions of your prototype, check the right panel of the prototype screen. 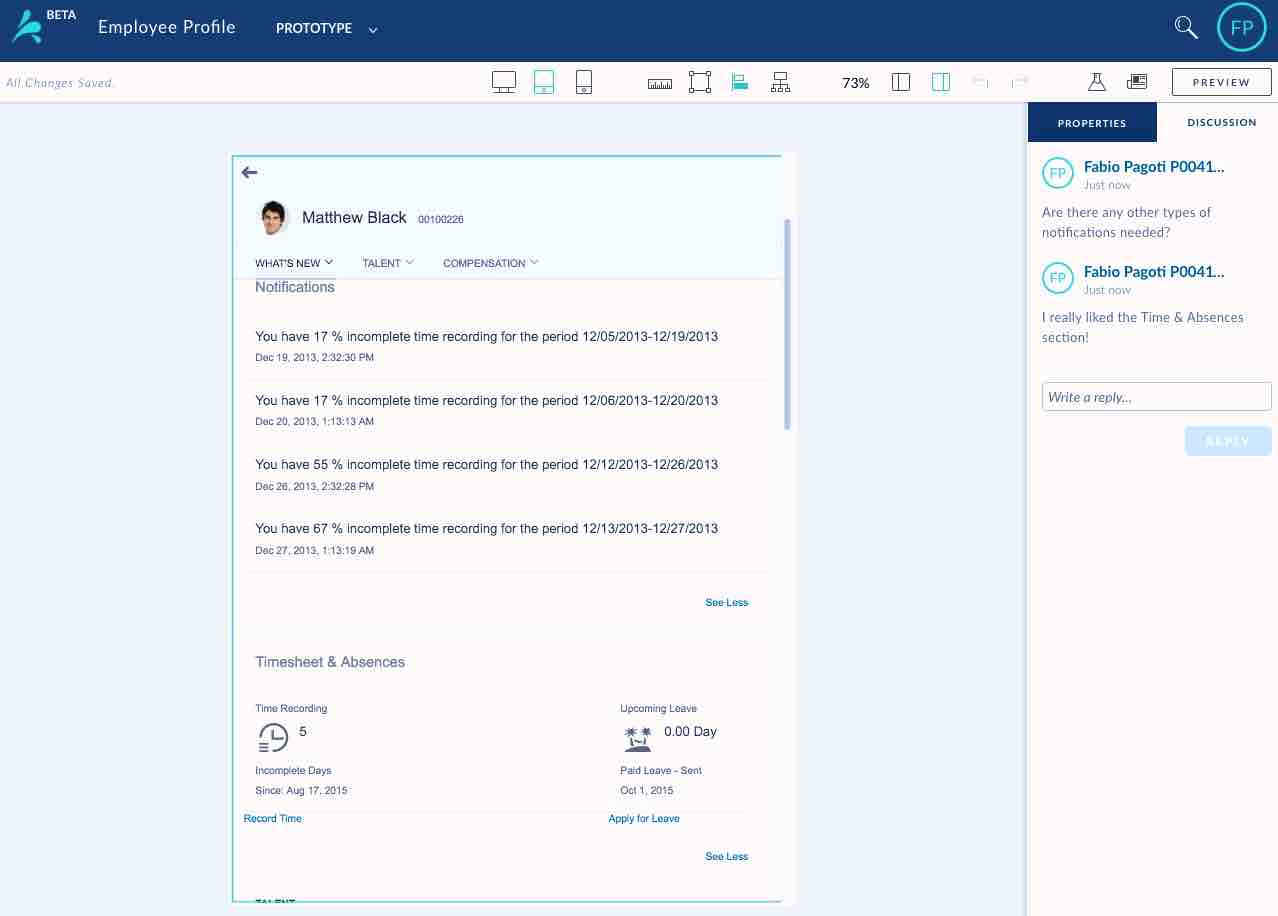 If you need to insert an icon, now there is no need to open SAPUI5 Icon Explorer App and search for one. Now it’s possible to find an icon using the popup below.

By the way, a popup like this one would be of great help in Fiori Launchpad Designer available in Netweaver.

This one is my favourite new feature. Now when you create a new prototype there is a new option of template which is “Fiori Smart Template”. 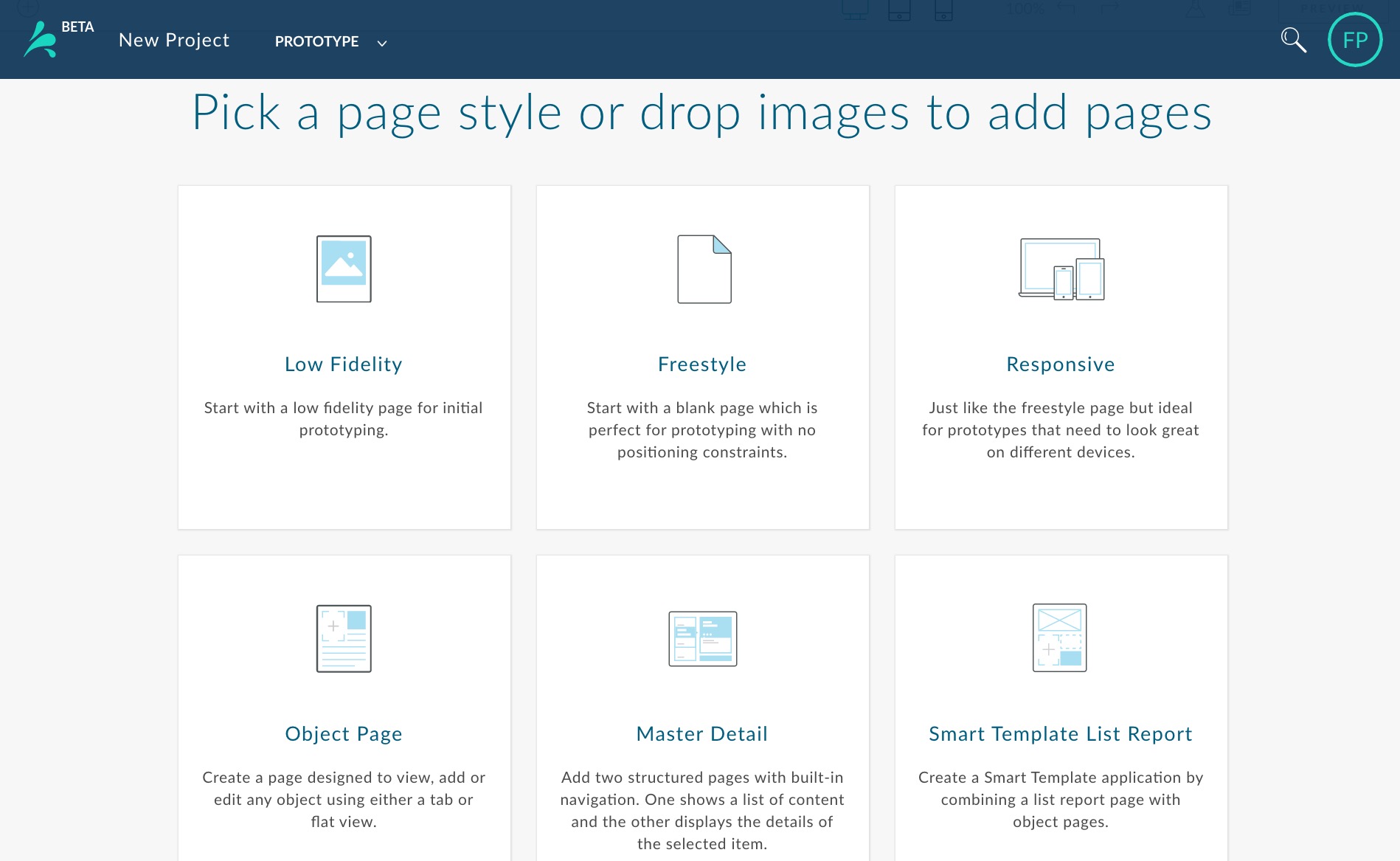 I really like this feature for many reasons. First I like it because Smart Controls in UI5 are just awesome as it brings a real importance and power of oData annotations. Also, this feature shows a great alignment between Fiori, UI5 and BUILD teams. More and more there will be Fiori apps created using Smart Controls because of it’s simplicity. However does not make prototyping less important.

If you choose this template for your project there will be way less controls to be used in your prototype as Smart Controls in UI5 are quite restrictive. 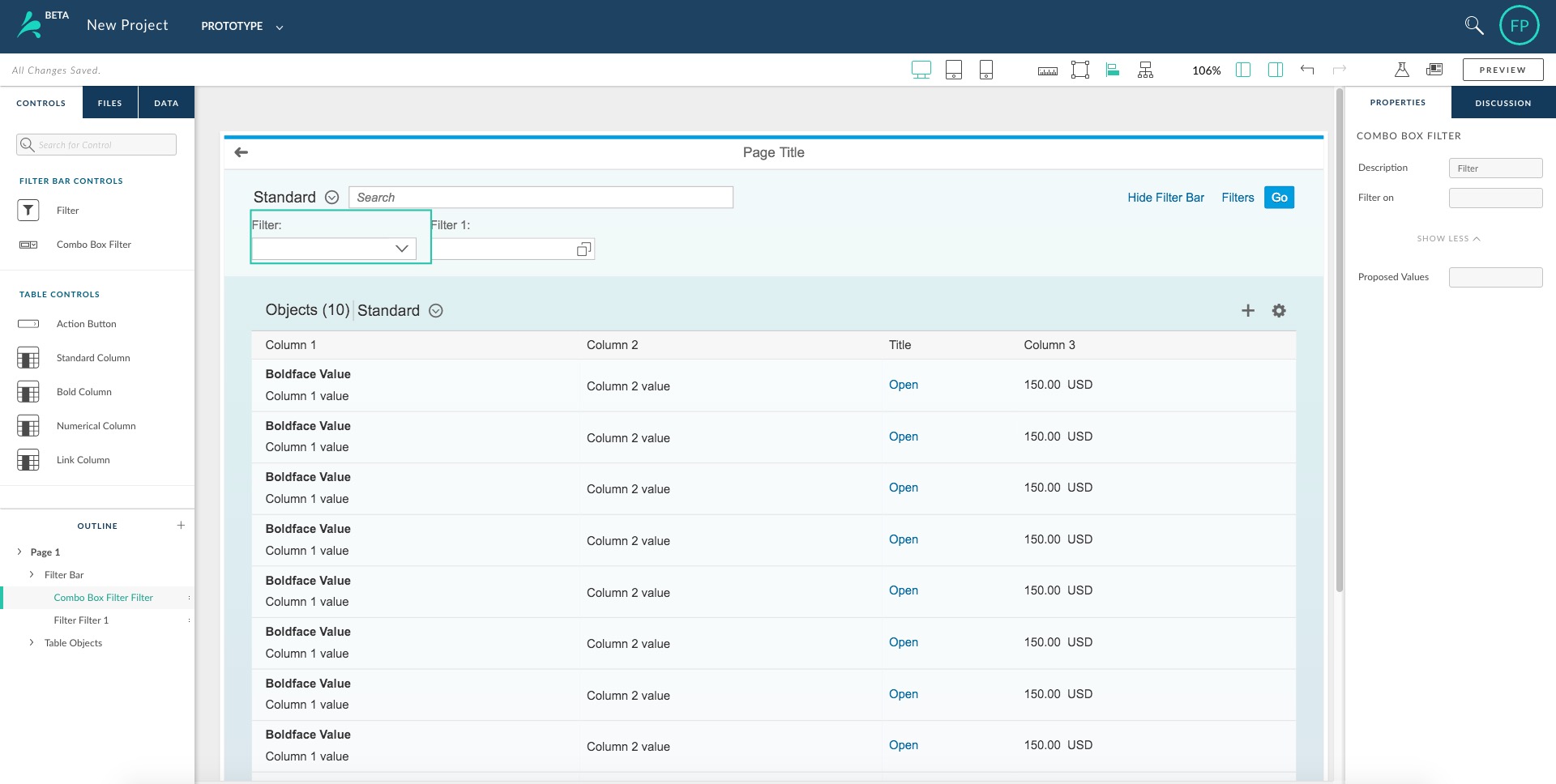 Choose a Device in Studies

Studies are what makes BUILD so special. Taking feedback with studies is just awesome and people who took part in OpenSAP course “Build Your Own SAP Fiori App in the Cloud – 2016 Edition” which ends this week for sure agree with this statement.

Now when you create a Task inside a study it’s possible to choose a device type (Desktop, Tablet or Phone) to be used. This is great as Fiori follows a Mobile First approach in its apps. 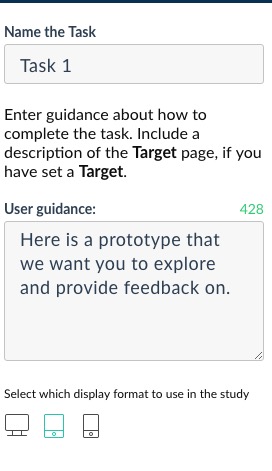 For those who wants more than just a prototype tool with feedback capabilities but also are willing to use Design Thinking in your projects, Splash has redesigned its learning center. There are a couple of learning cards with videos explaining some steps used in the Design Thinking approach. 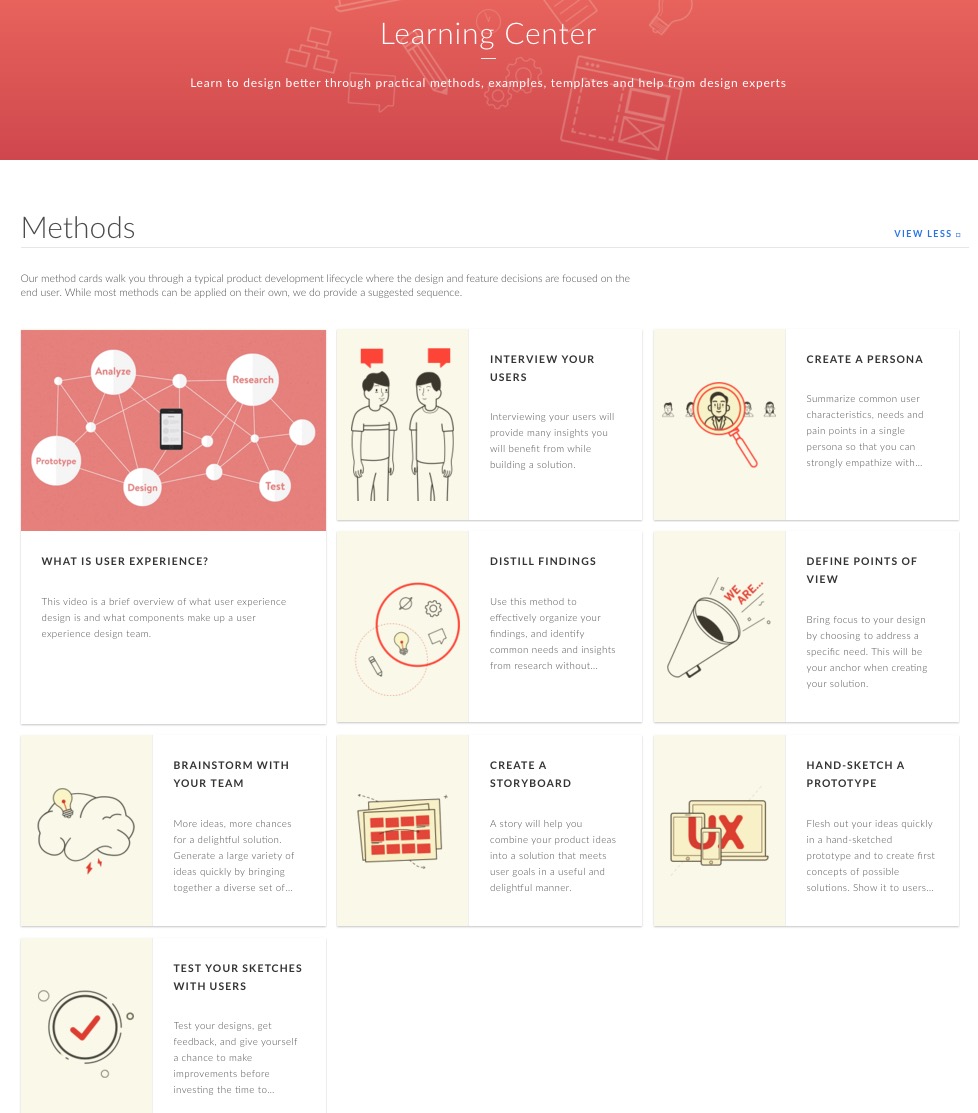 Similar to the search tool available inside Fiori Launchpad, Splash now comes with a Search Tool. It’s located together with user’s initials in the top right corner of the screen. 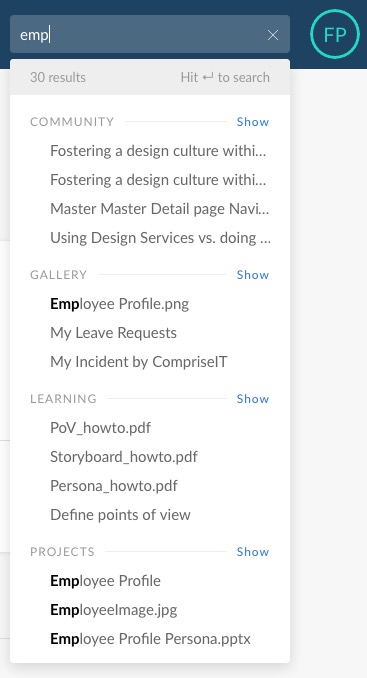 Quite a few changes were done inside the data editor, which still works in the same way. Now it’s possible to change the order of properties and use images names uploaded inside your project to use in data binding. 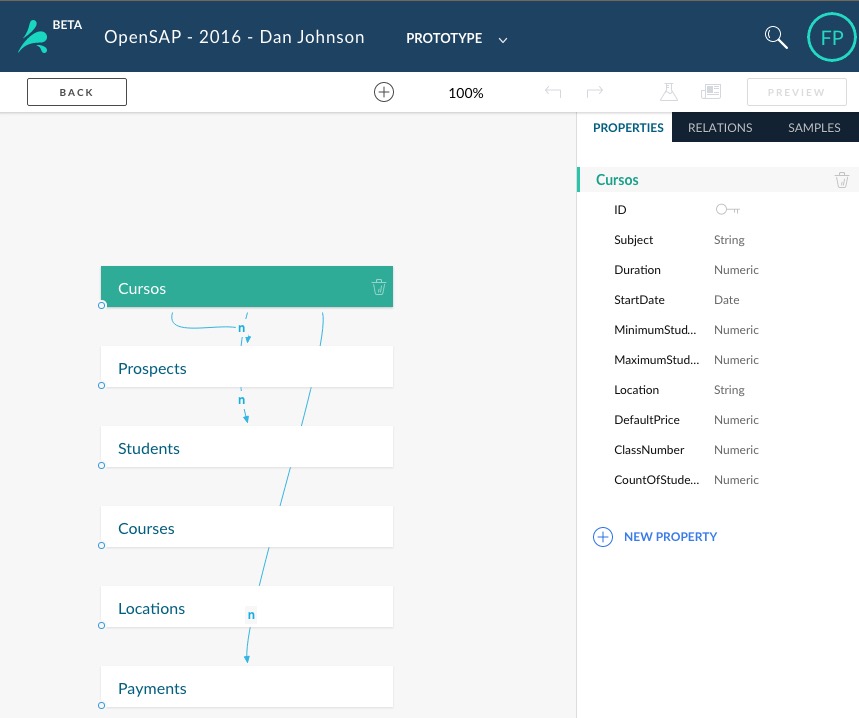 Last but not least, I would like to congratulate and thank BUILD team for such improvements.

Where can you find more?

Take a look in What’s New in SPLASH Beta 5? to check other improvements and release notes.

These features are really interesting! I particularly like to know that there are some Learning cards for Design Thinking approach  🙂

Thank you for sharing this info Fabio.

Thanks for the consolidated document. It is much appreciated!

By the way, a popup like this one would be of great help in Fiori Launchpad Designer available in Netweaver.