SAP Web Ide for development is one of the greatest tool that SAP has created for UI5 development on cloud. Yet It is possible to connect ERP back-end with HANA Cloud Connector it’s not possible for most of corporation who block access to their back end SAP system for reasonable concerns. In addition to this, for most of the companies storing the application code on cloud still seems uncomfortable. Now, it’s possible to overcome these difficulties using SAP Web Ide with local installation and connect to your back end in the same network. Unfortunately it’s still not advised to use as productively but I am sure in a year we can be using local Web Ide for also productive purposes.

Before going in detail first I would like to say that if you have a network access with strong security policies, you will face with some difficulties. Also I recommend to have an admin account. Also, SAP Web IDE is an eclipse based application if you had experience with eclipse it would be helpful. With “based on eclipse” I don’t mean the user interface but backend.

1.Install the Local Web IDE
First things first. In the following blog post it’s very well defined how to do installation. Just follow the steps 🙂
How To Install SAP Web IDE Locally for Trial in Windows

Open the file eclipse/orion.ini and write the following lines

If you want to connect to your SAP ERP backend the easiest way is to use Hana Cloud Connector. However, if you are in an environment where these type of access is restricted, you have to configure your backend connection manually. Unfortunately, unlike in Hana Cloud Platform destinations can not be added via user interface. You have to create configuration files. To do so:
1. Go to directory “eclipse\config_master\service.destinations\destinations” where you have unzipped the local web ide folder.

2. Create a file with your backend name

3. write the followings inside the configuration file:

Troubleshooting Deployment to an ABAP System from SAP Web IDE

3.Using Git
This was the most problematic part in my Local SAP Web IDE installation. I guess it’s about my proxy settings and you will not have this issues. 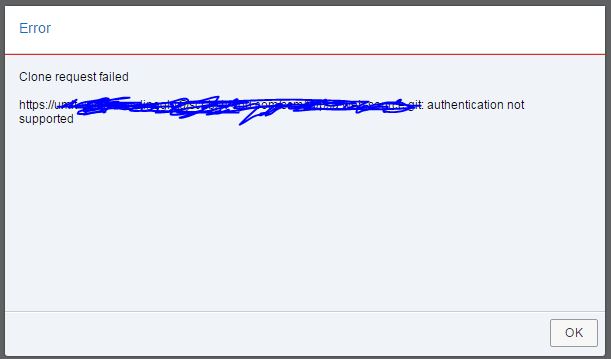 When I checked back at the help document I saw that server certificate must be imported to the JVM. So, If you are using git on your network you have to the same thing. See Section 4.4.3 Importing the Git Server Certificate into the JVM in developer guide.

If you are connecting to a Git server in your company via HTTPS, the Java Virtual Machine (JVM) on which the

Otherwise the verification of the Git server’s certificate fails and prevents you from performing Git operations.

To import your certificate into the JVM, fetch the certificate *.cer file from your company’s IT department and

store it on your machine, by performing the steps.

1. In the command shell, enter the following command:

2. Next, enter the following command:

1. In the Terminal window, enter the following command:

2. Next, enter the following command:

IDE usage is nearly the same with the one in the cloud at first glance. However there are some significant differences. For instance plugin configuration is not up to date as in cloud. As I mentioned earlier destinations can not be configured via user interface. This is an important drawback. However it’s easy to configure. However keep in mind that it’s still not in productive usage. I think these configurations can be done via ui in productive version.

SAP Web IDE is great tool with great features like WYSIWYG editor for XML views, code completion, plugin configuration. Having this features on local development environment is an opportunity. On the other hand cloud version is more step forward so, if you don’t have any security or network restriction using the cloud version is still better option.

In my opinion the real benefit of web based tool can be exploited when it’s used on cloud. Accessing your code anywhere on any device (yet, writing your code on tablet is not practical) is great opportunity. Local Web IDE doesn’t doesn’t have any difference comparing to Eclipse when we look at this perspective. However lots of feature where available in Web IDE makes ahead.

Let’s wait and see what will happen in productive version.

I am experiencing  the same problem about git. I couldn't manage to use GitHub or company' git with Local Web IDE. I am getting authentication not supported error too. Did you manage to solve this problem ?