Have you ever been ‘pilot released’?

John reported an issue to SAP and it is recognized as program error. SAP corrected it with note,
however, John found this note is pilot released. Why doesn’t SAP release it to all customers if it is to
correct system error? Is there any risk for me to apply this pilot released note? John has several concerns…

Actually, when the development department provides a standard preliminary correction to correct
an error in the existing standard function of an SAP application, initially, this correction is only available
for the release in which you have reported the error. If necessary, the correction will also be made available
for other releases and in Support Packages, and at that time, it will be set to ‘released’ status.

But John still has following concerns:


1. Why couldn’t I find this note by myself?
-> The pilot released note cannot be searched. But it can be exposed by using the note number. You can
go to Service Marketplace (SMP) -> Note and choose “Launch the SAP Note and KBA search” or
“Search using the SAP ONE Support Launchpad”. 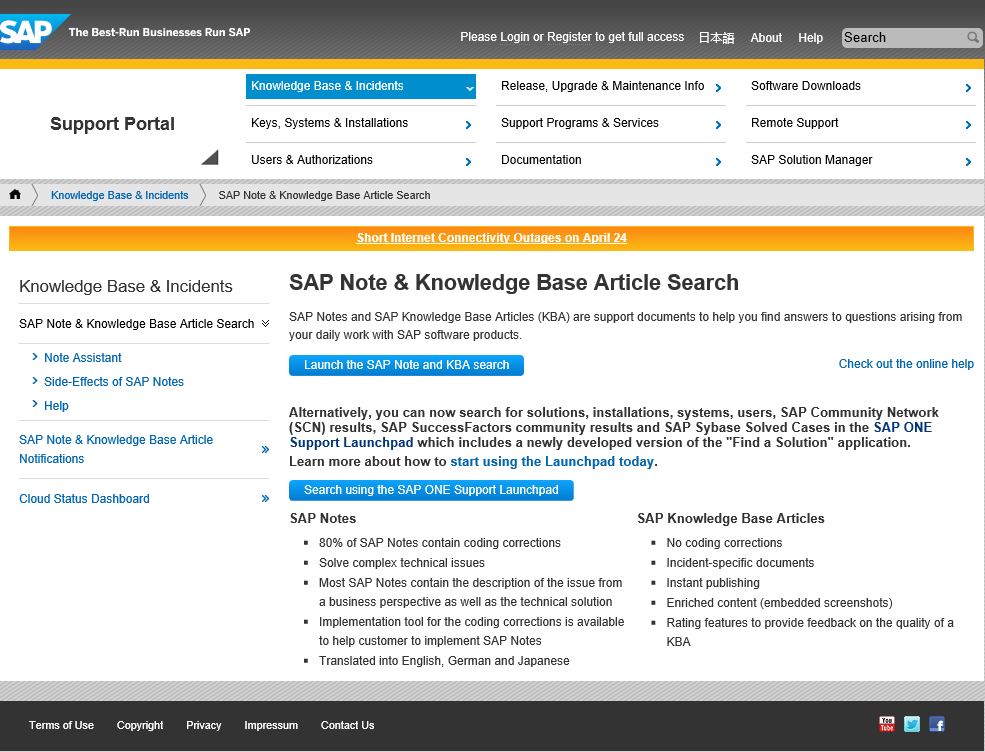 2. Can I apply the pilot note by using SNOTE?
-> Yes, you can. But please note that you may have to apply the note again using SNOTE after you import

a Support Package. You may want to refer to the following note in this case:
681069 – Note Assistant: Notes in the status ‘pilot release’

3. Is that more risky to apply a pilot note than a released note

-> Generally, there will be no difference on the risk between a standard released note and a pilot released

note. The note is “Pilot Released” just because it is only available to a part of customers with particular

issues, but it is also been tested,  verified and followed our standard note releasing process. However,

if the pilot released note contains modification, see question below for details.

4. If the pilot note contains modification, what should be noted?
->  Status ‘Pilot release’ is not only used for standard preliminary corrections. It can also be used for
modification notes. In this case, please note that these changes will not be included in any SAP
Support Package, nor will they be scheduled for any future development. In particular, this modification
is not covered by SAP Standard Support. You may want to refer to the following note regarding
modification:    170183 – What to consider when applying modifications.

Do you have any further questions? Let me know in the comment. 🙂

Who takes care, that the pilot released note well be released and shipped with a support package?

Is is not risky, that a pilot released note is forgotten by SAP Support and the the correction is lost, if we upgrade to a new Release (e.g. S/4)?