“Though we don’t speak the same language, we do speak soccer.”

The quote you see above is from Ravis Mubiangata, a first-year college student who is always smiling and who, given his constant upbeat attitude, seems never to have experienced a bad day in his entire life.

Upon looking at Ravis, most would probably identify him as a typical college student. It is only when learning where he is from that you get the sense that his story might be anything but ordinary.

Ravis was born in the Democratic Republic of the Congo (DRC), a country that has unfortunately been marred by conflict and humanitarian crises for a number of years, infamously so from 1998 to 2008.

There are others who have similar experiences to Ravis’s: Wadhah from Yemen, a country currently impaired by instability; Hel from Myanmar, a country that has just begun the process of setting a new, bright future for itself.

From March 31, to April 2, SAP in Silicon Valley hosted the KickApp Cup, a first-of-its-kind program that brought refugees and immigrants together through a shared passion for soccer and technology.

In all, 27 youth refugees and immigrants, who recently settled in Oakland, CA, attended the event, where they worked with 20 SAP developers and design thinking coaches to learn how to effect positive change through soccer and technology.

The youth and developers were split into 4 teams to develop an app that would accomplish this goal, and the winning team, the GOALden team, with their app that works to improve the safety of soccer players, will be heading to Walldorf to participate in the Streetfootballworld Festival during the UEFA European Championships in Lyon, France.

The Silicon Valley event represented the fourth location at which SAP held the KickApp Cup, following events in Waldorf, Sao Leopoldo and Bangalore. The next KickApp Cups will be held in Budapest and Ra’anna later this spring.

Some Feedback from Participants of the KickApp Cup in Silicon Valley:

“The KickApp Cup makes me more interested in technology. I hadn’t really thought about how technology could be applied to sports and really make people better athletes and healthier people. I see it can really do that, and it can be influential to the community and address social issues.” – Yohannes Teklemiriam, Eritrea

“When I came to the United States it was so hard for me to speak English, I had moments when I would never learn and felt so depressed and I felt this wasn’t the right environment for me. Sometimes when people try to speak to you feel sad that you can’t answer. But now my I feel like I am at a new level, about to go to college, and I will make good decisions to make the best of my future.” – Wadhah Albarak, Yemen

“Leaving your country is so hard, we didn’t want to leave but we had no choice. Now I feel so happy that I have new chances here, and I can people with people that I love and make new friends.” – Hel Sal, Myanmar/Thailand 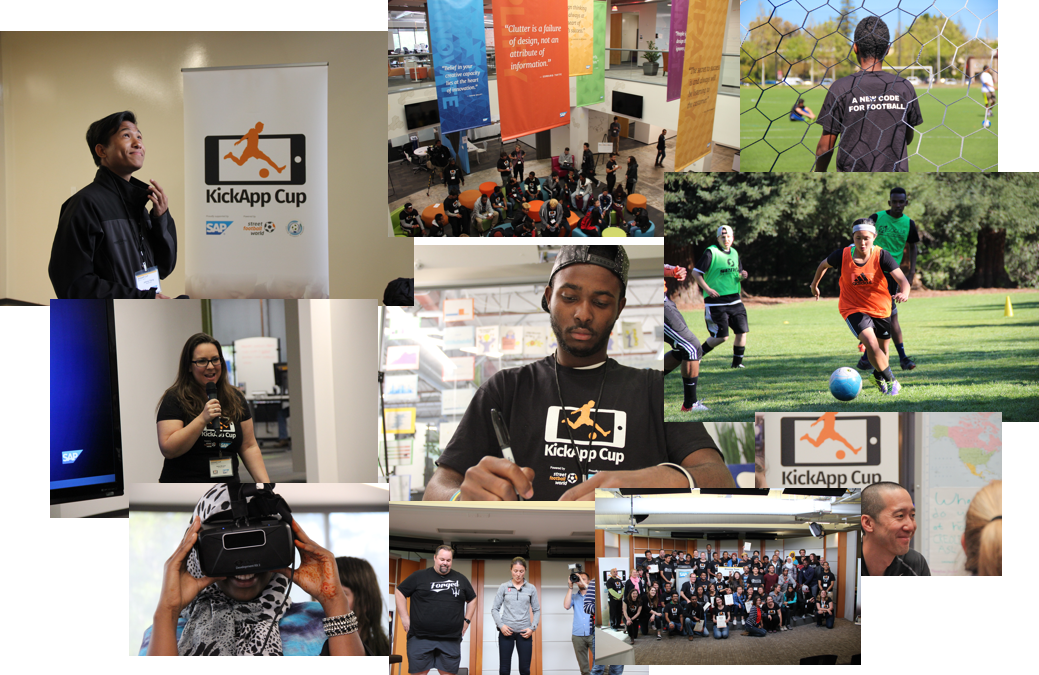