A private event hosted by Accenture at the Commonwealth Club in San Francisco (on 13th April’2016) gave me an opportunity to meet our company CEO – Bill McDermott. It was an event where Bill shared lot of his personal stories also part of the book ‘Winners Dream – A journey from corner store to corner office’. The stories were his collection of experiences as a young confident teenager to become CEO of SAP. 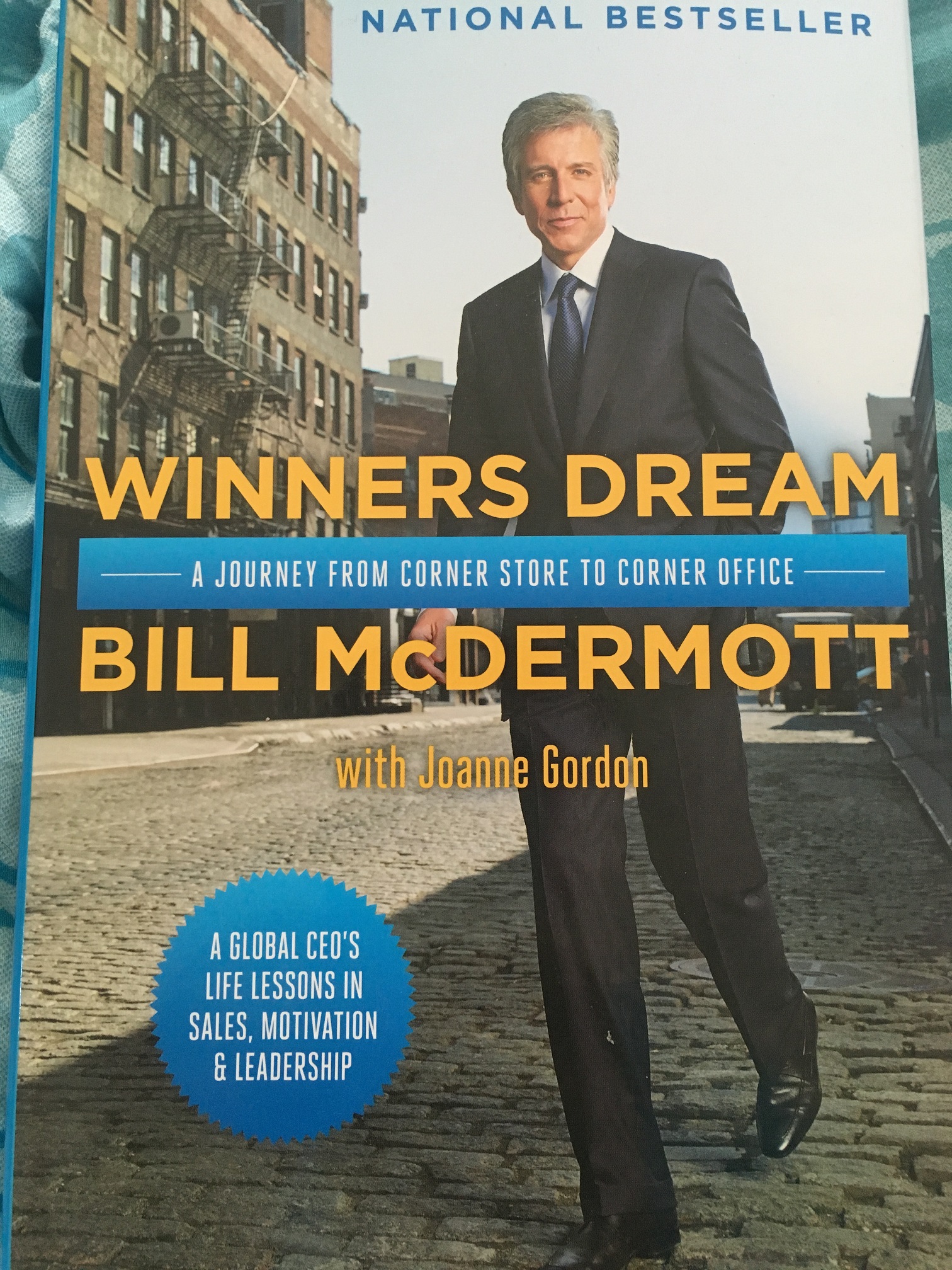 Before the event started, we all gathered over finger-food, cocktail, wine and beer, where I got a chance to introduce myself and had my first ever interaction. As it is quite obvious from the picture below, I was over-the-moon. I have shifted from SAP Labs Bangalore six months back to SAP Successfactor (Silicon Valley) and never in my wildest dream I had imagined, I would get a chance to shake hand with my company CEO. I was so much excited that couple of other SAP employees were queuing up for click with him and I almost jumped the queue. 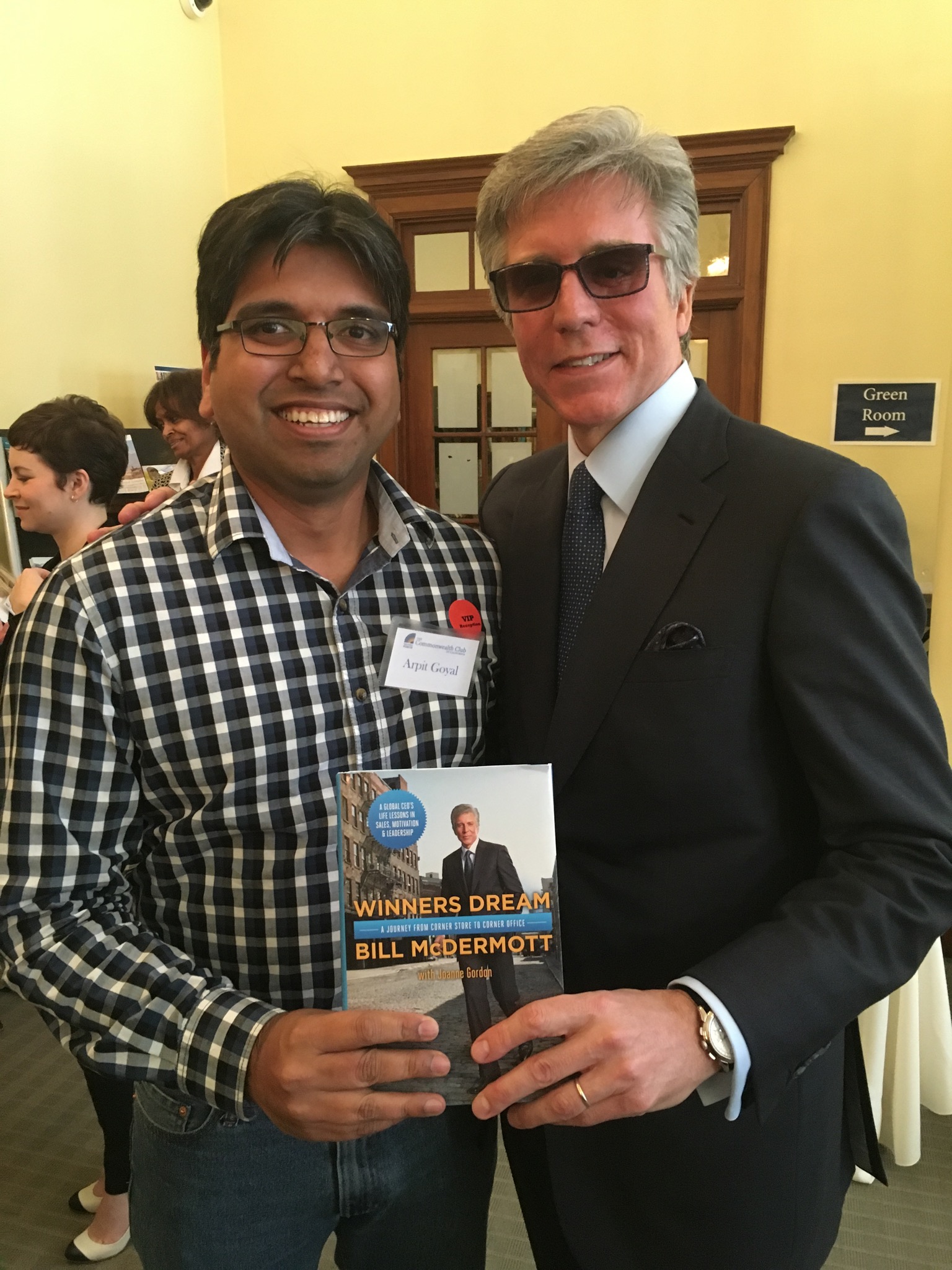 The Stage, The Talk, The Self-Made Man

After the initial introduction, in slightly warm indoors of the Commonwealth club (due to air-conditioning issues), we got all packed to listen him speak about his experiences. Of course I was not prepared to take notes, but I did manage to recall few of them below. 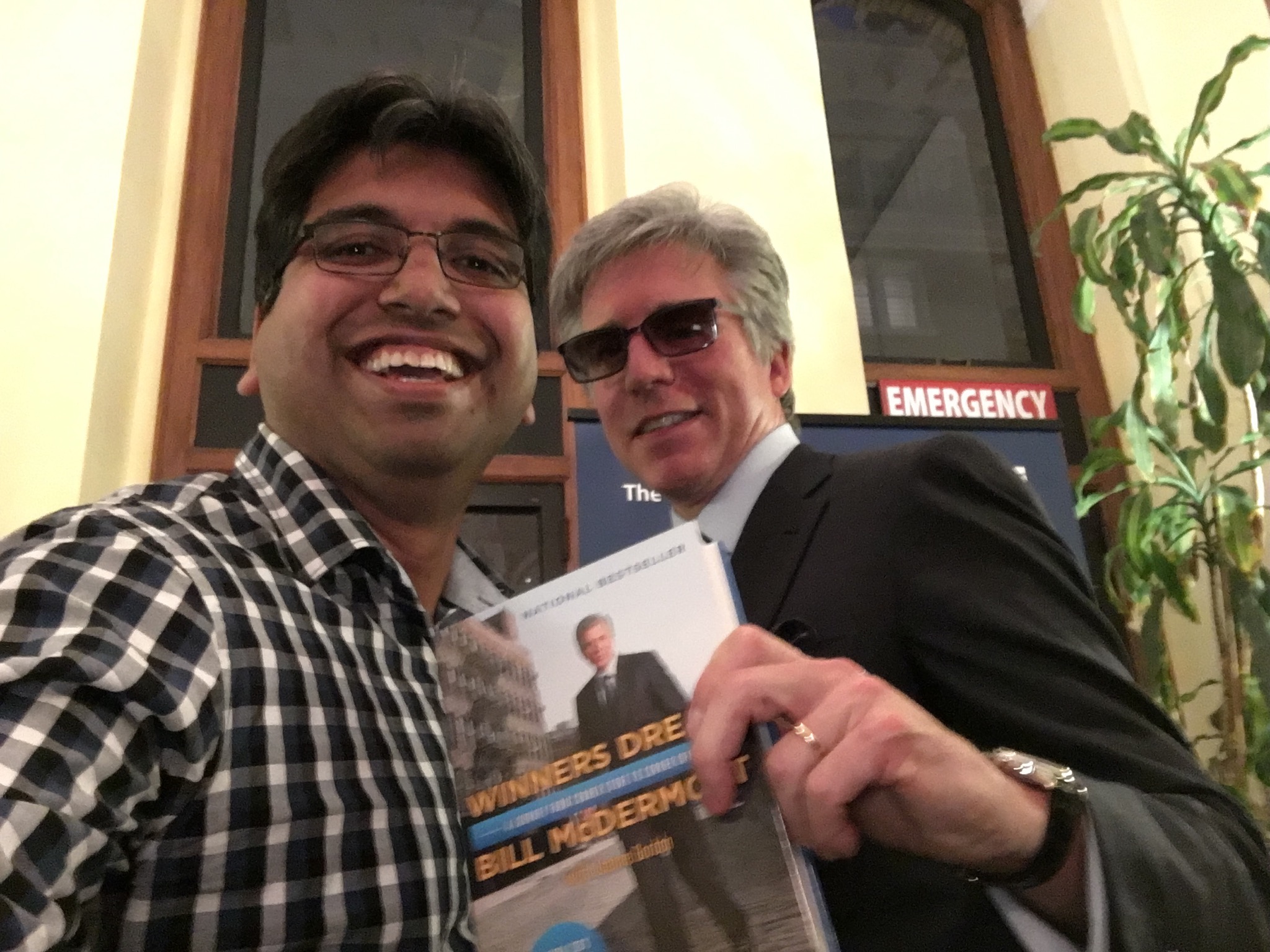 My current boss is a New Yorker; now I have met two. The style, the way of talking and cracking me up right before taking the selfie was all his theatrics. And it so happened the colleagues assisting Bill as part of the signing of the book told me, I was the first person actually who asked for a selfie.

My shift from Bangalore to Silicon Valley came at a cost of letting go of my book collection (including signed copy from Jeffery Archer). With the first quarter of 2016 settling in new place, now it is time to start the collection all over again and what better book then a signed copy from Bill and a message to remember – “Dream Really Big My Friend”…. 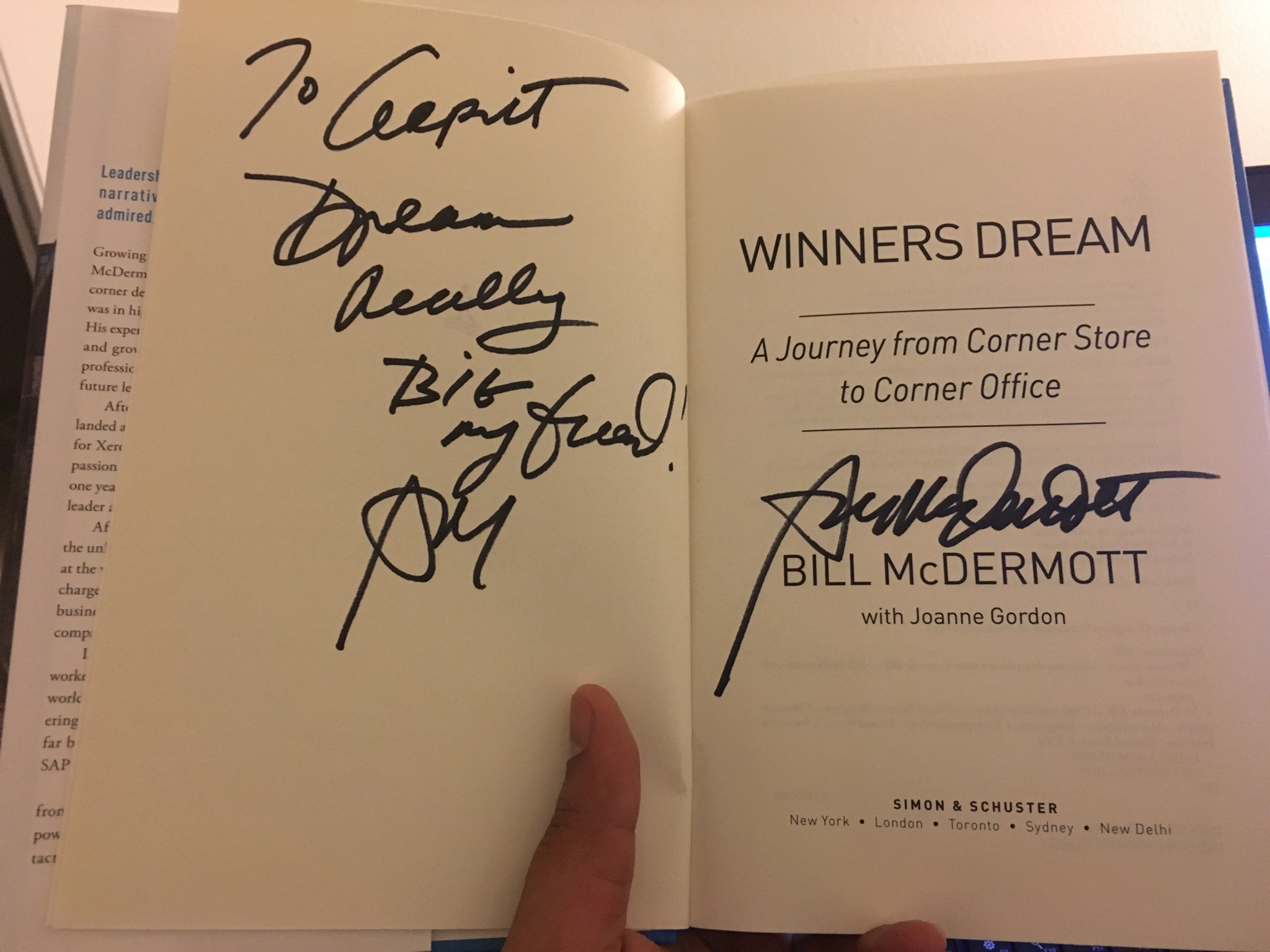 Thank you Silicon Valley for giving the opportunity to meet Bill and Thank you Bill for the wonderful memory and inspirational stories. I hope to find lot more while turning over the pages of your book with a cup of Indian Masala Tea.