Today I’m happy to feature Lars Breddemann in our SCN Moderator Spotlight, which is our way on SCN to thank a significant moderator.

Lars is a distinguished moderator for the SAP HANA and In-Memory Computing space. In the interview below Lars will tell us about himself: his SCN experience, insights and career and personal aspirations.

Tell us a bit about yourself.

I am origninally from Wuppertal in Germany.  I later moved to Vienna, Austria where I lived  for 13 years. While there  I joined SAP in 2003. In 2013 I returned to Germany for two years. Last October I moved to Melbourne, Australia.

While this is a lot of moving around, I wouldn’t call ‘moving places’ a particular hobby of mine.

The profile page shows that I joined in May 2004,  just about 7 months after I joined SAP. However, I just checked and I saw that I first contributed in December, 2008.

What motivates you? Why did you join?

I guess back then it was mainly out of curiosity. At the time I was still with SAP Support for SAP MaxDB & Oracle. I believe that by answering questions in the forums I will help reduce SAP customers’ support messages.

From then on, I found that sharing information and being able to openly listen to customers’ questions outside of the officially supported boundaries can be very interesting and provide lots of opportunities to learn more about the technology.

I am a moderator for the SAP HANA and In-Memory space.

When I started moderating this space I was already an active contributor and thought that this would be an additional way to suppport community growth.

I don’t believe in “Gatekeeping” but instead try to follow the “Gardener” approach.

This means I don’t want to moderate content ‘out’ that I don’t agree with or where I personally think it’s bad. Instead I try to guide users into the borders of the RoE and provide feedback to content.

Good question – I guess the volume of posts that need to be moderated increases.

That’s one of the reasons why I think every space should have at least two moderators.

In fact, I think the best approach would be to have a whole lot of moderators; similar to what they do over at Stackoverflow.

My advice would be to read a lot. Other blogs, websites, books, papers – “whatever tickles your fancy”. See what you like and why and maybe try to write something you’d like to read.

Obviously I got a lot of very nice feedback and kudos from the community.

That’s really a nice thing. And the community is a really good playground to practice writing.

Have you ever attended TechEd?

Yes, I have been to several TechEds and usually was there to present different topics.

I think these events are a good opportunity to get exposed to a lot of SAP technology and the people behind it in a very short time frame.

What is your favorite food?

I really like sushi in general and have a hard time refusing chocolate.

There are a couple of people in SCN that I think do an awesome job and moved the community forward big time.

If I would have to drop names these would be the one that come into my mind first:Jim Spath and  Lucas Oliveira

How do you think the way you were raised affected your Career?

As a boy I was with the boy scouts. Helping others and trying to make things better are big topics there.

I think I still try to do that and it definitively did not have a negative effect on my career.

A colleague from a former company, Frank. I worked with him in Vienna and he really adjusted my perspective on how to be a professional employee.

When people share actual experiences and insights in an entertaining and intriguing way.

Thank you Lars for supporting the community, and for sharing your story and motivations with us! 🙂

You do a fantastic job as a Moderator and yours is a voice to which people listen!

Keep up the good work, Lars!

Anyone who visits the HANA and In-Memory space would be thankful to Lars for his  contributions and detailed answers. I am a big fan, and some of his documents and forum answers are reference materials that I keep going back to again and again 🙂

Thanks for all your moderation efforts, Lars. Your contributions to the community are very much appreciated!

Oh wow, there's even a badge! Thanks Caroleigh Deneen and of course congratulations to Sajid, too.

Thanks everyone for the nice feedback and thanks to Moshe Naveh who was very patient with me lately.

It feels great to be acknowledged by such good peers as you guys!

Thank you! You started a lot of healthy SCN discussions recently:) on top of your moderation work.

Thanks for all your moderation efforts. I remember when you came over to our office for a KT (2005?). B-Trees and Beers. 😎 It was a great time!

Goodness... I completely forgot about that - too much beer I guess 🙂

Haven't been to Budapest and the Graphisoft park in ages (or was that still in MOM park?)

Congratulation for Moderator Spotlight. All the very best.

Congratulations. Nice to know more about you 🙂 . Thanks for all the time you spend sharing the valued content and helping us to write better

Its good to learn more about you Lars.I can't turn down chocolate myself 😉

Thanks for all that you do!

Thank you for your contribution to HANA community. The moderator like You/Thomas are my role model and hope Some day, I would contribute to the community like you guys doing. 🙂

Thanks Chandan! I hear, they are about to make SAP HANA Hero action figures of Thomas and myself ... 😀

Don't wait with your contribution, though. Start small, start bold, but start now!

If it's not so great, don't worry, we get you there 😉 But starting is key.

"guide users into the borders".

New members feel more encouraged to post content when they receive a guidance over the rules. Much better than unplugging contents abruptly as many others do.

Very nice profile, thanks for posting!

But Lars , not sure you got the gardening concept right. If you just try to "guide" those darn weeds they'll take over your lawn in a blink of an eye. 😉

Definitely agree with you on chocolate though. 🙂

Great, we all can agree on chocolate! Why hasn't there been chocolate giveaways or prices instead of those SDN T-shirts...? Maybe that would be something for future prices or TechEd events 🙂

The garden metaphor is not too bad in my eyes. And I am not too much concerned about some weeds, since the garden I am personally interested in is less like this 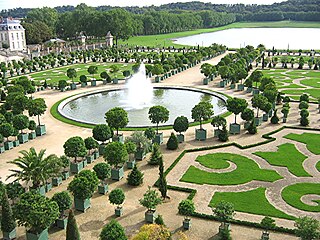 (ok, this is from my home area in Germany - there's probably some bias at play here 😀 )

But yes - the occasional storm damage must be removed and weeds that hinder the flowers, bushes and trees to grow need to be cut back, too.

Traditional French gardens (think Versailles) versus more modern (and natural) English garden styles.  Great samples to show the contrast.  I am more partial to the second, but part of that is the lesser amount of effort to maintain.

Some "weeds" are simply plants growing where it is not desirable.  In my garden, that includes oregano, cilantro volunteers, Dawn Redwood trees, and American dogwoods plus the occasional asparagus volunteer.  I usually leave the last even though we rarely harvest them from those spots.  Of course, unless you each them in salads, dandelions are detested wherever they show up.  😀

Michael Appleby , Redwoods in the garden? Guess this would exceed the size of many gardens I know. 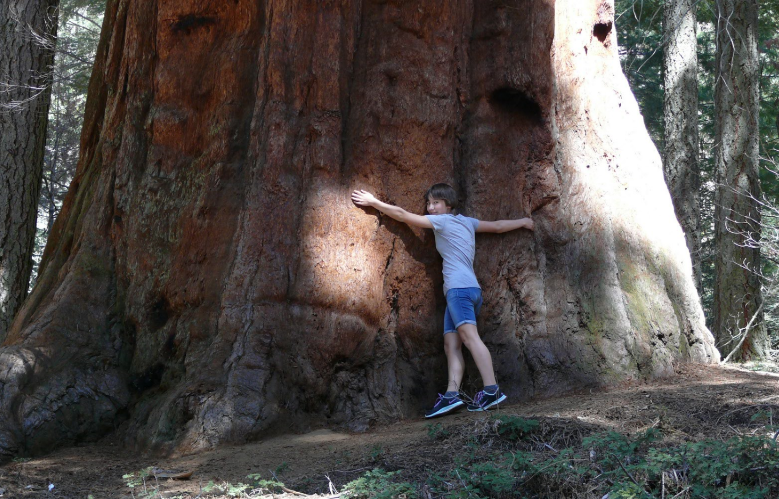 congratulation, you certainly deserved the spotlight, and thank you for the always respectful collaboration.

Fortunately, not the same species.  Dawn Redwoods were thought to be extinct until rediscovered in China sometime in 1944.  https://en.wikipedia.org/wiki/Metasequoia

They can grow to over 200 feet, but I will have to take 2 of the 3 I have down long before that (too close to the house).  They grow really fast.  I planted mine 19 years ago when they were just 3 foot tall saplings.  They are now somewhere around 80 feet tall and about 4 1/2 feet in diameter.

I planted the two close to the house for passive solar cooling in the summer and solar heating in the summer.  They are one of the rare deciduous conifers (drop all their needles each fall).  So the sun hits my roof in the winter and not in the summer.  The three I have are now dropping lots of cones from which the volunteers spring up.  It is hard for me to think of them as weeds, but I will have to start purging them while they are still small enough to remove easily.

You are leading by example so it's easy to follow suit.

Of course now they're saying don't pull out your dandelions, as they are "food" for bees, which these days seem to need all the help they can get.

You're always setting the bar too damn high! Thanks for that 😉

Thanks for that, but we both know that pulling you into the whole SCN moderator thing was probably the best of my contributions 🙂 .

Glad to have you as a colleague and partner in crime!

Congratulations! I miss your input in our GSC discussions and hope you have fun in Melbourne.

thanks and cheers back to my beloved Vienna! Guess, by now there's not too much left, that I could contribute to a GSC discussion... but there's always good old SCN to discuss over 🙂

I really like your efforts you put on SCN. You are simply amazing and plays an idol for many (offcourse including me).

We never met before and looking forward for that day 🙂

Thanks Raj! I'm sure we'll run into each other in one project or another.

Lars , the Master of DMO ! tnx for your clear writings

Your insight and knowledge is always appreciated Lars, I hope the HANA community will continue to prosper from all your hard work and transfer. (From all the HANA PS Team in Ireland & Austria).

thanks a lot for the nice feedback and encouragement. The later is much welcomed these days...

Big shout out to the teams in Dublin and Vienna! Amazing colleagues and friends that do great work. With their help, I'm sure any community could get the much-needed input of knowledge and experience and I know that a lot of the topic areas here on "SCN"  would have been a lost cause without them. Keep rockin'!