Typical scenario: you have a Portal system (Java-based) and an ECC system (ABAP-based). You want your end users to access ECC content via Portal, without having a new authentication being required.

By reading SAP note 1257108 [Collective Note: Analyzing issues with Single Sign On (SSO)] you realize that there are several SSO possibilities. This blog will talk about the use of the SM50 logon trace to verify logon tickets (MYSAPSSO2 cookie) for SSO purposes.

In order to establish a trusted relationship between the Portal and the ECC system is quite easy.

In the ECC, all you need is execute transaction code STRUSTSSO2, import the certificate from the Portal into the Certificate List of the System PSE (usually used for SSO based on logon tickets) and adjust the ACL: 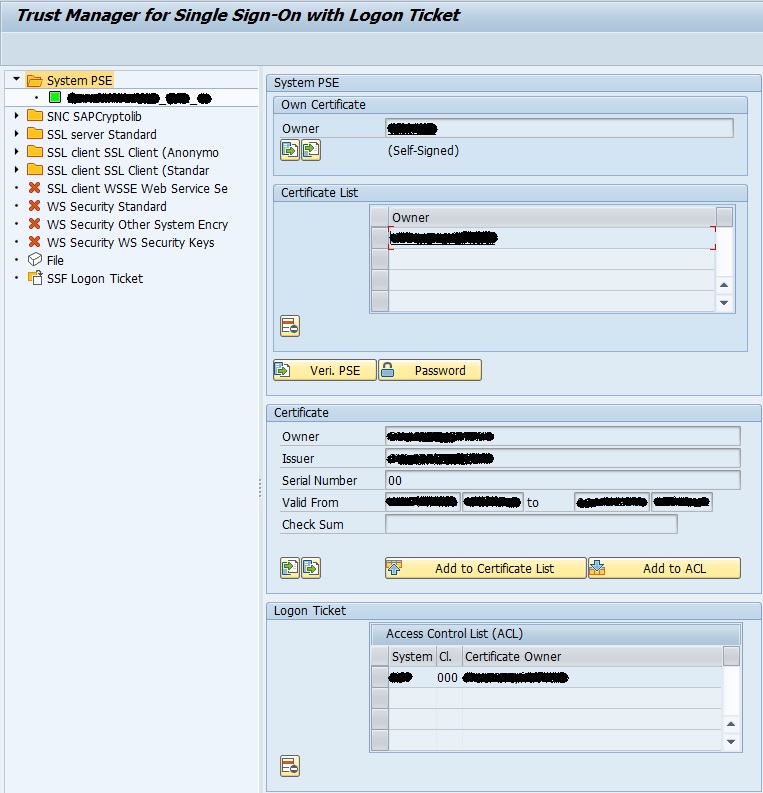 How to test if the SSO is working? I used the Portal URL (http://<FQDN>:<port>/irj/portal) to create a new System (“System Administration” -> “System Landscape” path). There is a wizard to walk you through the steps.

Once I have the new system created, I just went to the “Content Administration” area and created a transaction iView, using the recently created system as the target. I called transaction SU01, just for testing purposes. The goal here is having a preview of the transaction, without the ECC asking for credentials.

I logged on to the Portal, using my Portal ID and password. I accessed, inside the “Portal Content” folder, the iView I have created. By right clicking on the node and clicking on “Preview”: 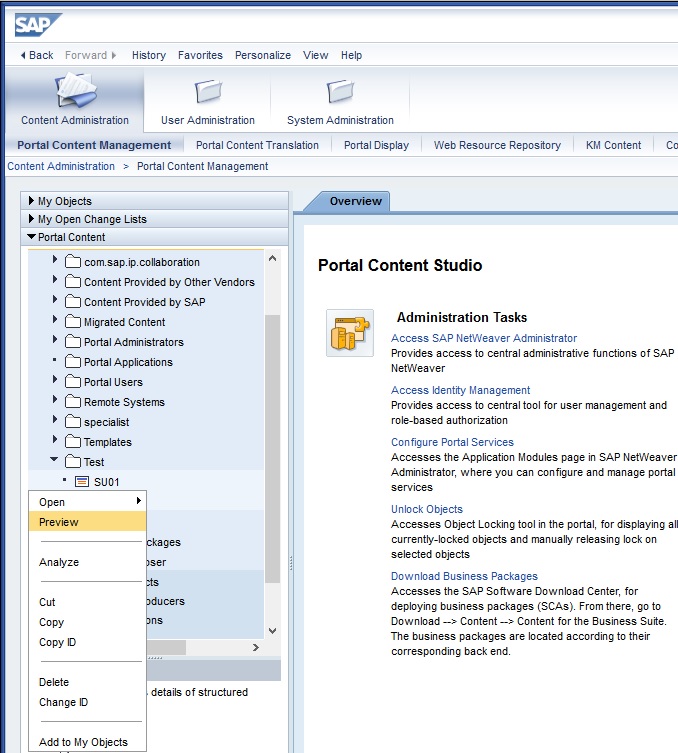 The transaction code SU01 was displayed: 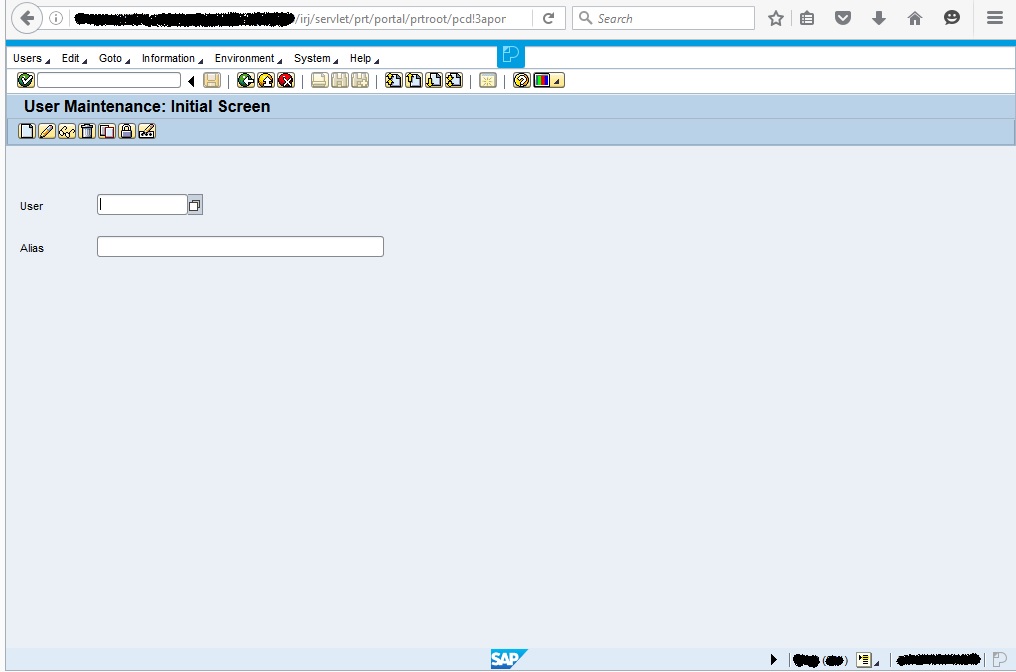 While playing with the browser, I recorded the HTTP traffic using Fiddler tool. Inside the trace file, you should be able to find one cookie called MYSAPSSO2. It contains the actual logon ticket that will grant you access to the transaction code: 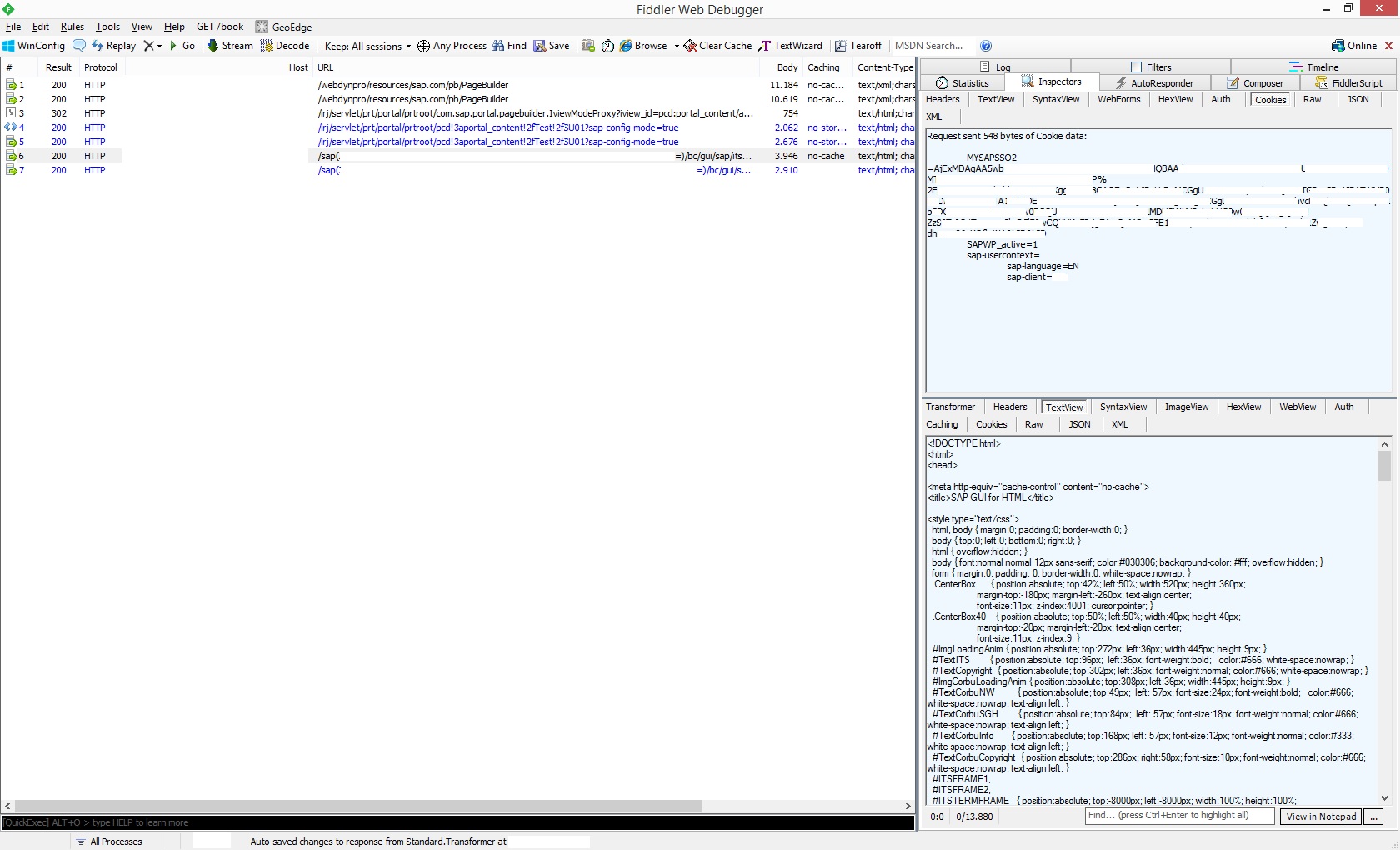 You can also see that cookie SAPWP_active=1 was sent, telling the ECC that the Portal is active.

As you were able to see SU01 running, the SSO worked as expected. If, however, you were not able to see SU01 and you saw another cookie in the list: sap-ssolist, then you found a reason for the SSO failed. sap-ssolist is a cookie that can be decoded by a Base 64 parser: it will show you the system ID, the client number and the server name that does not accept logon tickets from the Portal you have used.

While the web browser test was being executed, the SM50 logon trace was also recorded, by following the steps from my first blog on logon trace.

These are the entries recorded in dev_w2, related to this test:

Here we can see that the entries are related to a logon ticket logon, on client “ccc”. We can also find the PSE used to store the certificates, SAPSYS.pse (System PSE).

N  Got date yyyymmddhhmm from ticket.

N  Ticket is without recipient information.

The ticket is then inserted into the ticket cache for future reference.

If another access is made, then the logon trace will show:

If you have a particular scenario that you would like to discuss, then use the comments and I will improve the blog to address your case.