Once upon a time, there was one audit – The Short Story of GLAS

Audits, licenses, revenue – buzzwords every GLAS team member knows too well: Global License Auditing Services has been one of the major backbones of SAP for years.

In 1995, license auditing was introduced to determine our customers’ software usage. GLAS is now part of the newly renamed board area Digital Business Services under board member Michael Kleinemeier – and appropriately enough, the “digital” development of license audits has come a long way since its induction days.

One of our colleagues, Gudrun Angermann, can still remember the way auditing was accomplished 13 years ago: “We actually received every measurement result by fax and had to manually enter every number into our system”.  At the time, Gudrun was one of 7 – primarily German – team members in the Galway office, where now 40 colleagues with 13 different nationalities work for 26 markets. The GLAS team in Galway exists since the opening of the Shared Service Centre in 2003.

Describing our daily work is straightforward: every year, we receive results from our customers’ annual system measurement displaying the user types and engines they are currently using. We then compare this usage to the licenses which they originally bought. To illustrate this process, we create an evaluation which is sent to our sales colleagues.

Lena Stadelmann, who celebrates her first SAP anniversary on the April 7th, was very interested in the role as License Auditor: an unusually versatile office job with 50% analysis and 50% direct customer contact. Lena was also impressed by the international diversity within the department: “I received this promotional video by the HR representative which highlighted SAP as a young, international and innovative company – which very much convinced me in the end.” 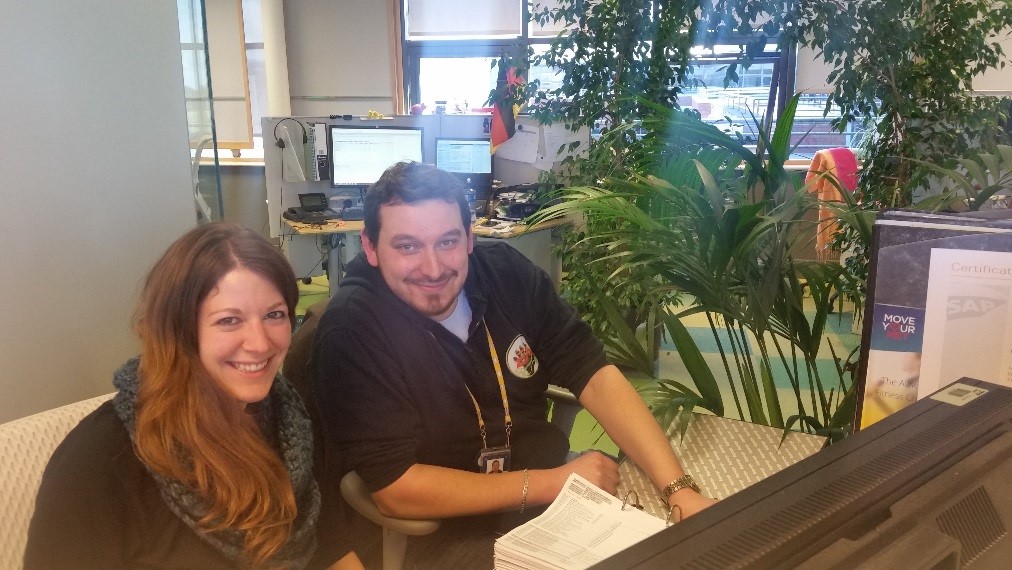 She likes the fact that every employee has opportunities to participate in changing internal processes sustainably – within SAP but also within her GLAS team: “Especially, when our colleagues from Walldorf visit us, we can collaborate and discuss in efficient and fruitful ways.”

Lena believes that license auditing will consistently become more meaningful and important while the focus might shift towards larger companies and more specific audits to cover an even broader range of products. She could also envision a mix of more nationalities working together in different parts of the world – at the moment, our Galway GLAS department is by far the most diverse one. 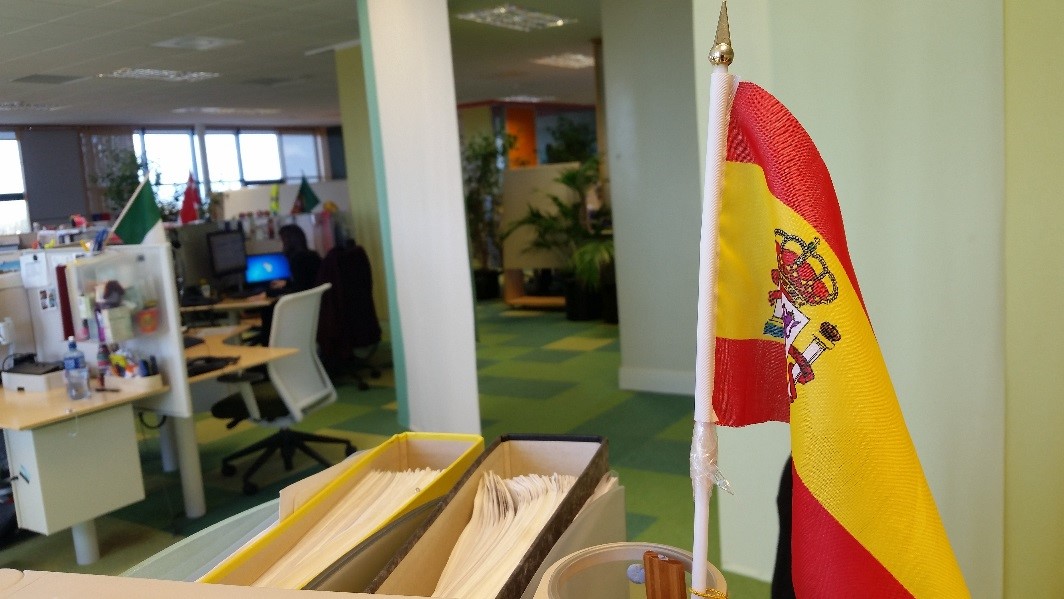 Diverse desks: Spain is just one of the 13 home countries of our License Auditors in Galway

Her colleague Gudrun, who has been working for the Austrian market since August 2012 and for Germany beforehand, already thought 10 years ago that auditing would be completed in a matter of seconds by simply pressing a button. “The ISP system that we are still working with has not changed significantly since I started. However, the evaluation delivery was adjusted from a Word document to a more adequate PDF file in 2008 and the individual Cockpit overview for each auditor was introduced too”, she explains.

The actual audit concept has remained in its core components over the years, however, new guidelines have been consistently implemented: one of the main priorities now is that requested results are transferred online by the customer directly into the SAP system – the manual transfer is supposed to be a blast from the past. Also, more and more self-declaration products are relevant for the measurement these days so the customers need to fill in an additional document alongside the basic results.

Another striking difference is the workload – with SAP’s constant influx of new customers, it has more than doubled: “We started by managing 250 contracts per auditor, now I am responsible for more than 620 Austrian customers,” Gudrun describes. The daily tasks have altered from small and simple audits with maximum manual effort to more detailed and labour intensive audits with minimal changes by hand.

These alterations over the last few years have been challenging the License Auditors in GLAS, however, the endless team spirit in the office is noticeable: “The atmosphere here is very pleasant. We are all in the same boat and can empathise with the other’s issues,” Gudrun confirms and Lena agrees with her colleague: “Our work environment is friendly and open. I believe our different nationalities and cultures channel the natural curiosity for getting to know people and work processes”.

Overall, we can conclude that GLAS’ development is heading in the right direction: the dynamics of old and new processes, Irish serenity and multicultural energy, new and experienced auditors seems to work for the team – after finishing the most successful year to date, GLAS can look back at another great Q1 in 2016.