There allready are some blogs trying to solve confusion about S/4HANA versions, like Still confused about the S/4 (On premise) versions and their differences ? .

There is one thing though, which still confuses me:

Is there a difference between a Support Package (SP) and a Feature Package Stack (FPS)?

I tend to say “yes” beacuse when things have different names, they should refere to different things;

But I’m more and more drawing the conclusion that they are the same!

For sure, there are currently 2 versions of S/4HANA 1511 on-premise available:

We started out with SAP S/4HANA, on-premise edition 1511.

The we applied (as far as I understand) a Service Pack (SP1), now our system looks like this: 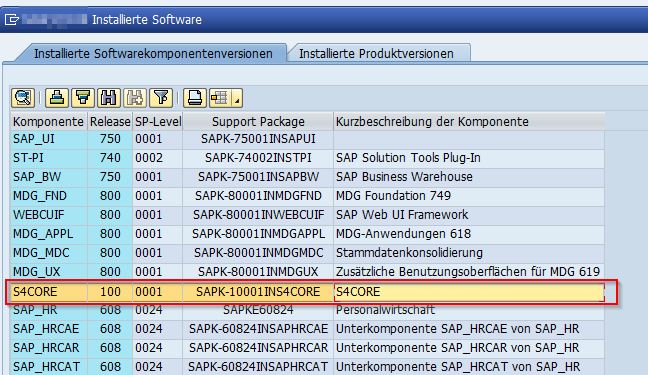 Is it the same thing? I don’t know!

Your feedback is most welcome!

[Edit: Now that everything is explained very nicely at SAP S/4HANA on premise edition: FPS versus SPS, I know that my system is a “SAP S/4HANA, on-premise edition 1511 Feature Package Stack 01”-System.

thanks for bringing up this point and taking the time to write a blog on it. It is not a trivial thing, therefor i have written a blog with a few information that will hopefully help clarify it.

Here is the link: http://scn.sap.com/community/s4hana/blog/2016/04/08/sap-s4hana-on-premise-edition-fps-versus-sps

Happy to get your feedback and fine tune if needed. Best, Yannick

Thank you very much Yannick, I commented in your blog!