The #BigData Revolution: Who Owns Our Data?

Today, humans cram more data into our brains in a single day than our ancestors did during an entire lifetime.

Incredibly enough, we upload 48 hours of video to YouTube each minute (with the most watched video being Psy’s “Gangnam Style”).

So what do we do with all of this data? How do we ensure that we’re asking educated and intuitive questions of it?

The documentary, The Human Face of Big Data, directed by Sandy Smolan, explores the ways the human race is leveraging advanced analytics to pull actionable insights from the billions of data sets we currently have on our bodies, our trends, and our behaviors.

Today, we have a massive amount of information on the human genome because we have the ability to dissect all 6-billion DNA base pairs for a relatively small price.

We can track the chances a person has of developing nearly any type of disease based on genetic odds and gene mutations.  Physicians and researchers are optimizing diagnosis and treatment of fatal diseases like cancer and heart disease. 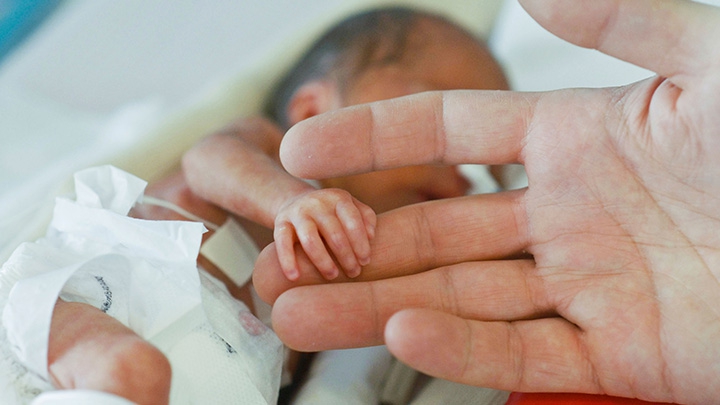 20 percent of all premature babies contract serious infections while in the hospital. And until recently, data that could potentially save their lives was largely disregarded and ignored.

EKG machines collect millions of heartbeat measurements per infant, per day in the ICU.  However, nurses write one number on a paper chart, every hour to represent an infant’s heartbeat (Smolan and Erwitt, 2012).

By gathering and analyzing all of the heartbeat data via a computing platform, it was discovered that the rhythm of a healthy person’s heartbeat is not perfectly regular.  However, when an infection begins, the heartbeat becomes more uniform.

By using technology to analyze each of the millions of heartbeat measurements from the ICU each day, physicians were able to detect a baby’s infection at least a day before it became symptomatic giving physicians a potential 24-hour jump on treating and beating the bacteria.

Non-profit organizations and city governments are leveraging Big Data analytics too. Now organizations are able to identify sections of communities that contribute a heavy volume of criminals to prisons.  By identifying these damaged communities, city governments can focus on funding the reparation of these areas instead of funneling more money into the prison system.

In addition, the US Department of Homeland Security is tapping into the Big Data revolution to protect its citizens.

Cargo containers account for 90 percent of all international trade, and unfortunately they present a grave threat to national security.  With sensor technology and the Internet of Things, the US Department of Homeland Security now has the ability to equip each container with a sensor to alert officials if a cargo shipment makes an unannounced detour or if locking-devices were removed or destroyed.

Natural disaster prevention is also affected by the Big Data revolution. Modern storm chasers are now able to collect storm data and share it before a storm starts.

However, like anything in the world, the bad comes with the good.  And as the world is positively affected by the Big Data revolution, it can also be negatively affected when the power of data is in evil hands.

For example, Twitter can be used as a recruiting tool to shape fragile minds, and social media can easily amplify mass movements on a scale never seen before.

300 people were injured and 172 people were killed during the 2008 terrorist attacks in Mumbai. These attacks were technologically sophisticated.

The attacker organization established an open-source data intelligence center across the border in Pakistan. From there, the terrorist commanders monitored all news stations, internet, and social media platforms to determine the progress of their attacks and how many people they had succeeded in killing.

The terrorists were armed with unparalleled situational awareness and tactical advantage over the police and the government.  They even used search engines mid-attack to verify the identities of their hostages and decide who should live and who should die (Erwitt and Smolan, 2012).

“Criminals, terrorists, and hackers understand the power of our interconnectivity: if you control the code you control the world,” Mark Goodman, The Human Face of Big Data.

A fundamental question that the documentary poses is who owns our Big Data? Do our cell phone providers? Does the government? Do our doctors? Do we?

Should we be required to pay for access to our data? And how much are people willing to pay?

Another point to consider is whether or not patients will want to have their DNA sequenced if it could expose the existence of an incurable life threatening disease? Is ignorance bliss?

Does Google own our search engine history data? Does Facebook own our pictures? Does Twitter own our thoughts and tweets?

Are we comfortable with the government knowing where we are at all times?

How would you answer these questions?  Tell me what you think in the comments section, and check out the documentary for yourself at a viewing event or on Youtube.

For more information on the book, The Human Face of Big Data by Rich Smolan or the documentary directed by Sandy Smolan, click here.

Erwitt, Jennifer, and Rick Smolan. The Human Face of Big Data. Against All Odds Productions, 2012. Print.

I'd love to watch the documentary, but apparently it's not publicly available online?? I've also searched the events page, but there seem to be no upcoming events anymore. Do you know (or could you find out) what the schedule is?

Here's the section on the website that lists the upcoming events:

The Human Face of Big Data

This will be updated as more viewing events become available.  In the meantime, I've asked the appropriate people on the SAP side for more details.  I'll report back with an answer as soon as I know.

Perhaps the link to the youtube movie (see Ruth's answer below) could be edited into the blogpost itself?

This movie is really worthwhile to watch; it provides a balanced view on some dramatic changes that are happening in society today.

I found it at:

I must confess it makes me feel a bit stupid for not even trying, but great find! Will watch asap.