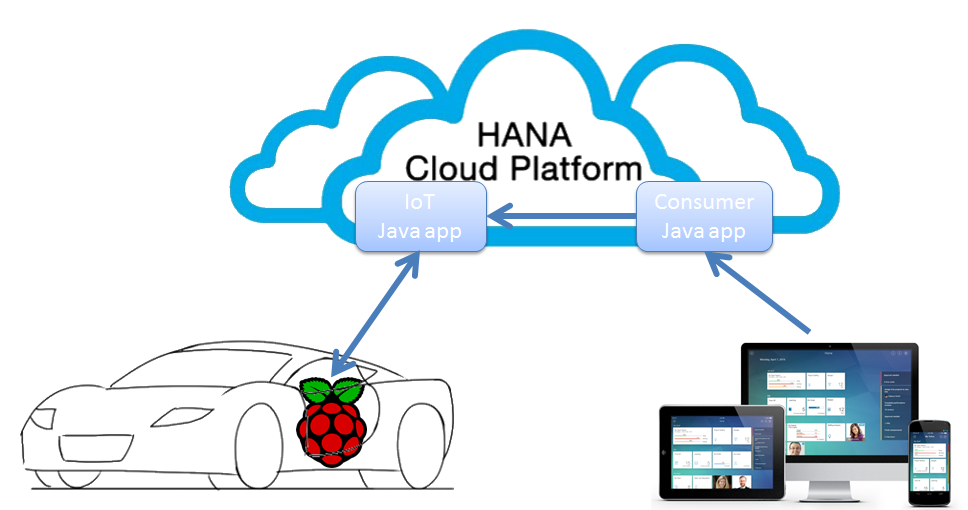 I started from an old “Radio Remote Controlled Toy Car” like this: 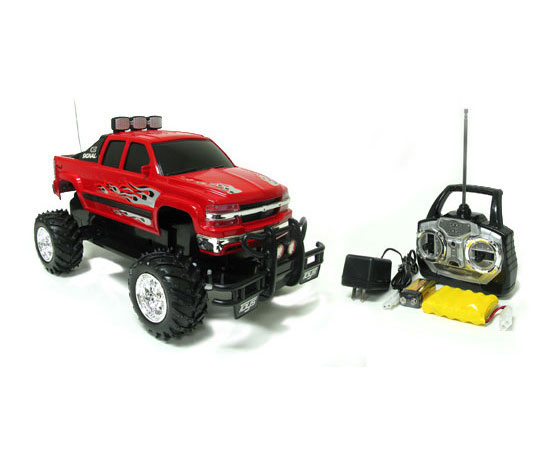 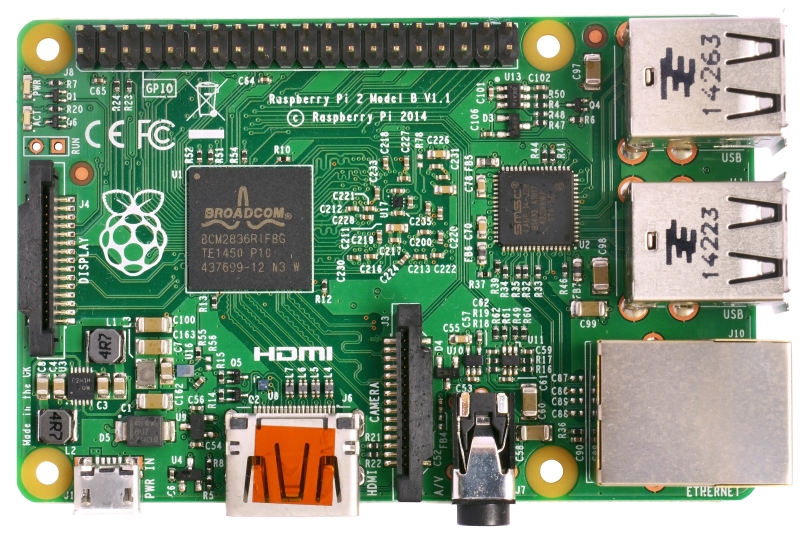 The raspberry has a large battery and a Wifi adapter so the car can drive wireless  On the raspberry I created a small script that listens to the Internet of Things service of HCP. Every time the script receives a message it will start the right motor in the right direction depending on the content of the message. You can find a python example of this on the IoT starter kit:

In the IoT service I configured one device and one messagetype.  For the direction of the messagetype I’ve chosen “bidirectional”. This is important if you want to use the websocket for the communication. With a websocket you don’t have to use polling to get new messages. A websocket will automatically inform you when there’s a new message for that device. In the case of the HANA car the response time is very important. For that reason I’ve chosen to use the websocket of the IoT service.

For controlling the car I created a UI5 app. With JavaScript it isn’t possible to communicate to the IoT websocket directly. I suppose this is due to security. To avoid this I created a Java Servlet which I actually downloaded from the IoT starterkit:

This is how the webapp looks like: (Thanks to Jonas Vanderkelen for the UI5 app) 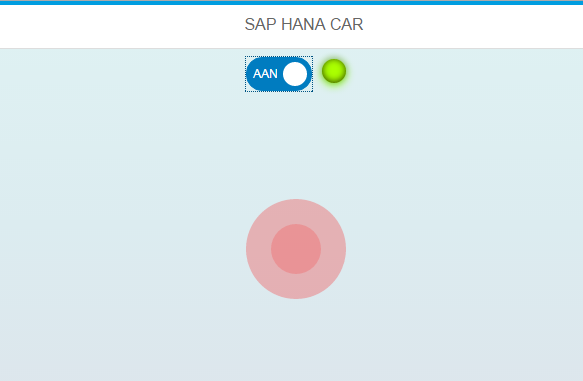 Together with a friend/colleague I’ve presented the HANA Car at SAP Inside Track Frankfurt. Thanks a lot to Jérémy Coppey for making the beautiful presentation! You canfind the presentation at Hana Car by Jérémy Coppey on Prezi

The organization of sitFRA also created a small movie of the car:

Thanks Christian Braukmüller for the video! 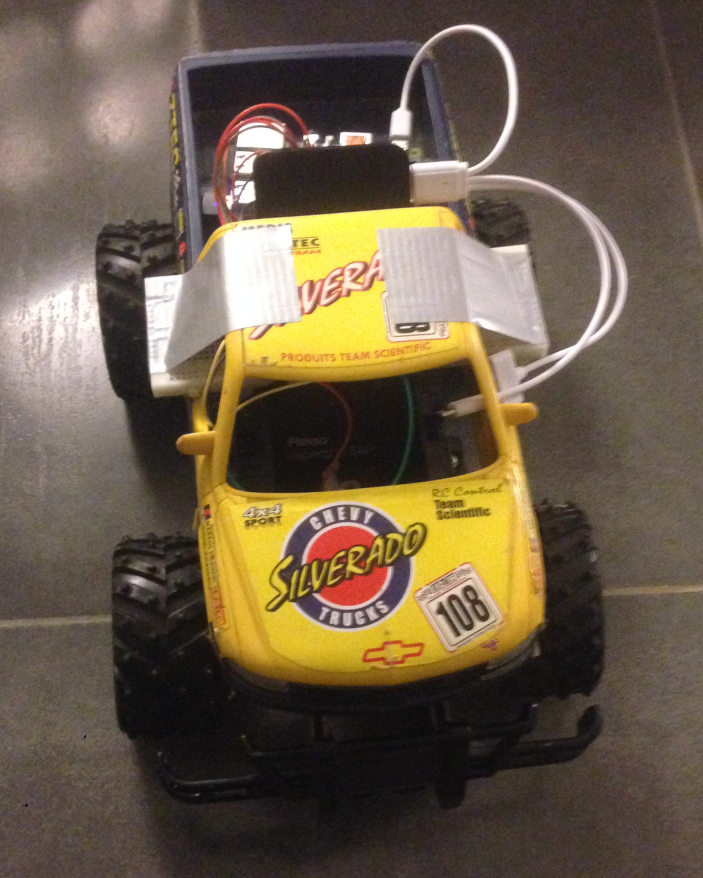 Also want to add additional sensors to gathering information and scanning the environment around the car and store it in HCP.

I have seen it live 🙂 Really cool project!

It's ready to be used at the next James Bond movie 😎 Powered by HANA.

Great to see the car driving through the office! I wonder if James Bond got the memo..

Great post. I wanted to try it out. Is there a code shared for this?

For the WebApp I started from this example: https://github.com/SAP/iot-starterkit/tree/master/src/apps/java/consumption

The code on the raspberry: HANA Car v1.0 – Raspberry Pi