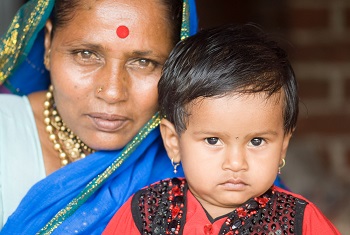 What do Luke and Yoda in Star Wars, infants in rural India and smart tattoos have in common? They all loomed large during a conversation about internet of things (IoT) between four future-thinking experts during a recent episode of SAP’s The Future of the Future with Game-Changers radio broadcast entitled, Connected Care: Can Wearable Tech Improve Your Health? Hosted by Bonnie D. Graham, the thought-provoking discussion veered wildly between practical issues like medical costs and privacy to a wider discussion of evolution and humanness that stopped just short of metaphysics.

Cost is probably the simplest and most complex place to begin any healthcare-related conversation. Global healthcare spend totals roughly seven trillion dollars a year with growth rates of about seven percent. Optimists hope personal monitoring devices will pare down those numbers by involving people directly in their health care on a continuous basis.

“It’s a top of mind topic for the individual who’s wearing these [fitness] bands. The idea is that these will help reduce these lifestyle diseases, and hence bring down the cost of healthcare,” said Manish Tandon, Executive Vice President and Global Head of Healthcare, Insurance, Life Sciences and High Tech at Infosys.

Tattoos that measure and transmit sweat levels, blood glucose monitors that alert physicians before a patient is in crisis, as well as personalized treatment and telemedicine are all part of the IoT healthcare equation. For example, one of the major factors behind hospital readmissions is not taking prescribed medications. “With these connected devices, it’s easy to send warnings with messages saying hey, you haven’t eaten your food at the right time, or you haven’t had your insulin injection at the right time, or you haven’t taken your pill at the right time,” said Tandon. “Just by introducing a better patient adherence to medication, the cost can come down.”

Puneet Suppal, who is part of the SAP IoT and Innovation team, predicted IoT will completely change the way healthcare is done. “You can conceivably think of getting implants that will turn into a part of your body. There are many advancements that will take this to the next frontier because the brain is the best computer around still, and the body is the best healer around still. We will now find a way to tap into both.”

Which brings us to Star Wars. During a pivotal scene in “The Empire Strikes Back”, Jedi Master Yoda tells protagonist Luke Skywalker that his failure is tied to his lack of belief. Suppal sees that scene emblematic of the challenges in IoT today.  “If we believe that the human society is going to prosper and do better and be more healthy and all of those things, we have to believe that we have the technology to make it happen,” he said.

Bringing the conversation back down to earth, Suppal talked about the immense promise of Khushi Baby, a sensor-based device that transforms the traditional black thread worn by Indian children to protect them from the evil eye into a digital storage unit for their medical records. “The medical expert can read instantly by quick scan using the smartphone the updated status of this child’s immunizations…Taking a local custom and using that to deploy technology at the grassroots level can change the life of one baby at a time,” he said.

From math to metaphysics

Krishna Kumar, founder and CEO of AppOrchid, was equally expansive on IoT’s larger ramifications. “You now have the parameters to model the Darwinian laws of evolution,” he said. “We have the data points to actually unravel the very complex evolutionary physics so elusive for such a long time. The body is the best pharmacologist. If you have the data points that can trigger the immune system to fight deadly diseases off, and if you can get the data point to these IoTs to actually know what unravels what diseases, I think we have some serious game-changing solutions to medical issues.”

The current IoT landscape reveals more questions than answers around issues like privacy and regulation. But believing in its potential is enough to awaken us to the possibilities for now.