In my previous blog post I outlined the hierarchical filter component and the detailed capabilities that can offer your users a true hierarchical filtering experience, including the option to filter on the lowest level on an unbalanced hierarchy with a simple click.

This time I would like to share a true hierarchical experience for charts. You most likely noticed that the standard charts (including the new InfoCharts in DS 1.6) right now do not offer any drill down functionality nor are they offering any options to visually outline a hierarchy that is used in a chart. The charts are able to show the hierarchy, but the user does not receive any visual indication on a hierarchy level or of the item is a hierarchy node or leaf.

We added several hierarchy specific functionality into our charts as part of the Visual BI Extensions for SAP BusinessObjects Design Studio – especially for those topics mentioned above.

So lets assume we have a data source similar to the data source shown below with a handful of measures and an activated hierarchy in the rows. 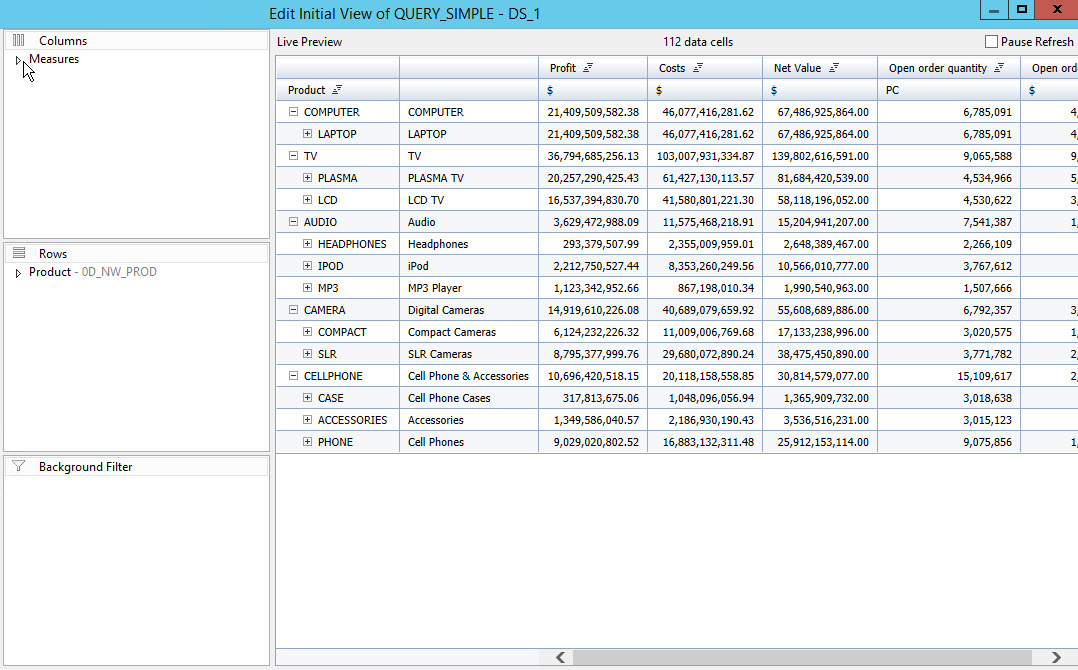 When we assign the data source to the chart, we will notice that the root level nodes from the hierarchy are not shown by default. This is a property the user can decide to activate or to disable and by default it is disabled. 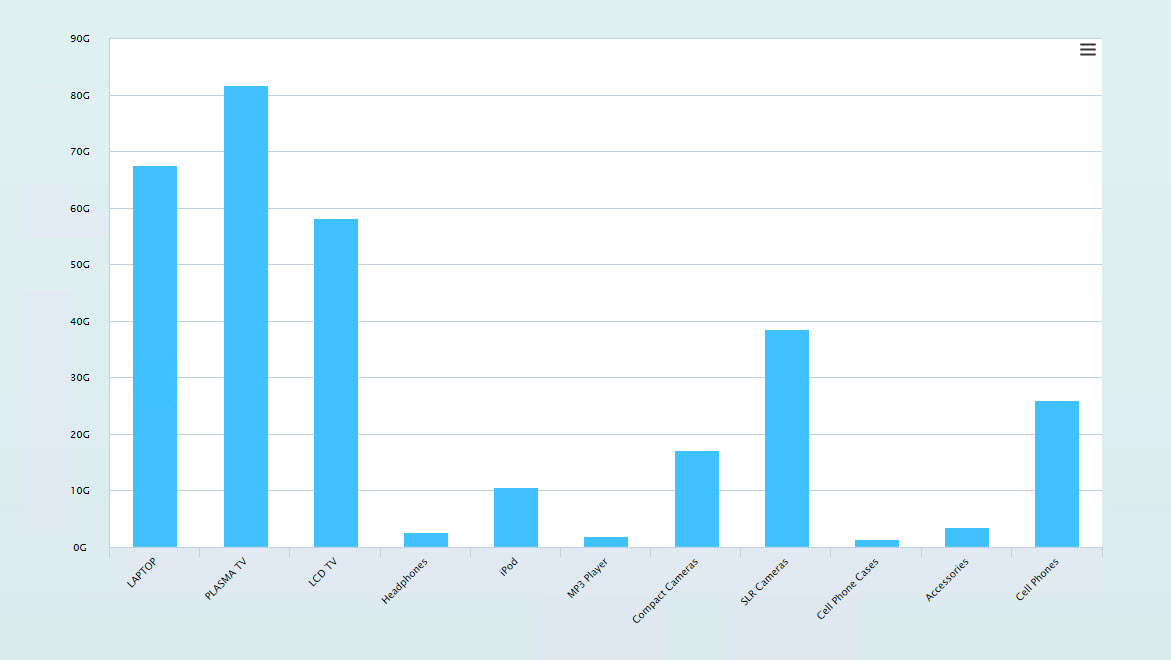 Opening up the Additional Properties we can now see all the detailed optioned for the chart. 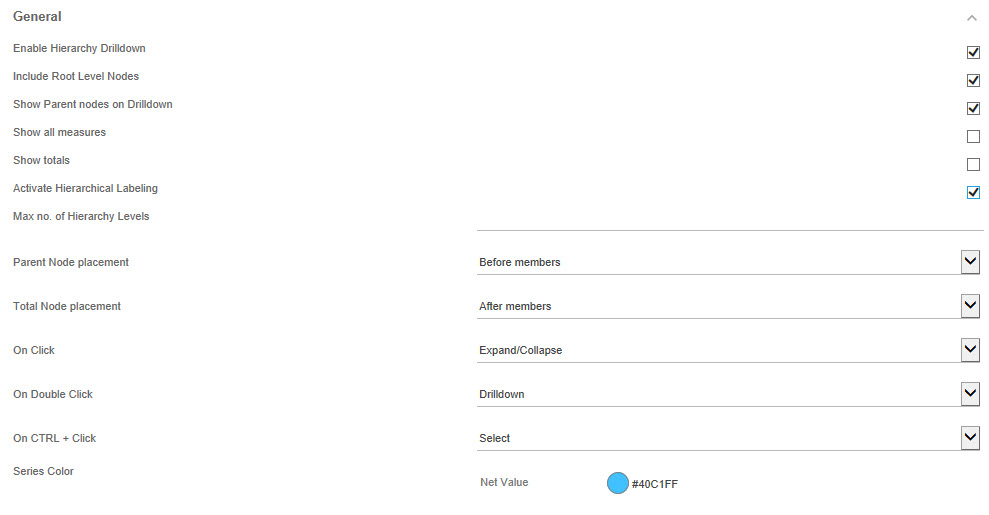 .. and we can configure on which “event’ we want to perform which type of action. We have a Select, a true drill down, and the option to do an inplace expand / collapse.

The easiest way to explain the behavior is to simply show a short video that shows the Expand / Collapse as well as the actual drill down in the chart.

How can I get this extension ?  It is something which I can download from marketplace ?

you can find all the details here: