So CHAMADA DE PALESTRANTES – SAP Inside Track São Leopoldo 2016 was yesterday and typically I’ve used SAP Lumira to analyze tweets.  I still may do that, but for fun this time I tried Cloud for Analytics.  This part of Cloud for Analytics is “exploration”

From the home page above, I select “Explore Your Data”

I am going to “import a file”

The above is the “data manipulation” view and what is nice is on the right it shows you the top records.  In this case Tobias Hofmann had the most tweets at 60, followed by Karen Rodrigues 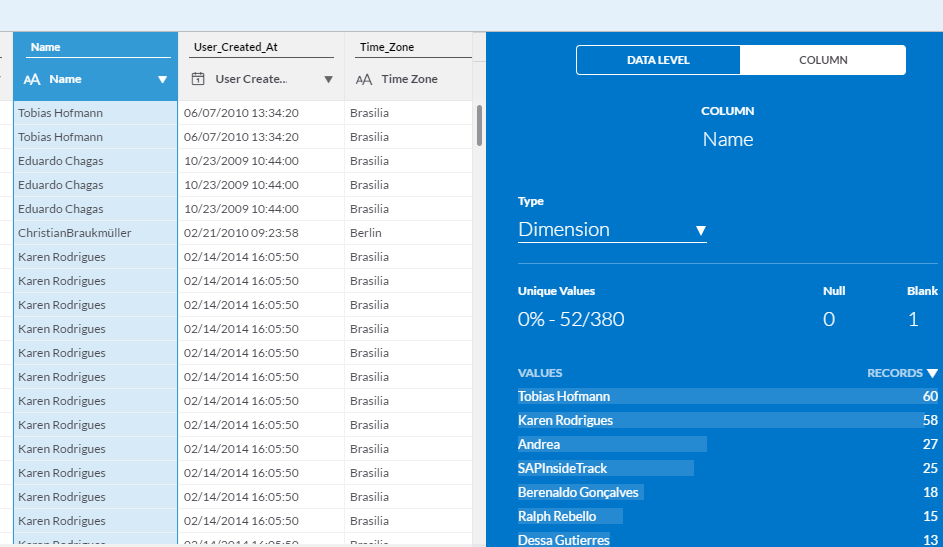 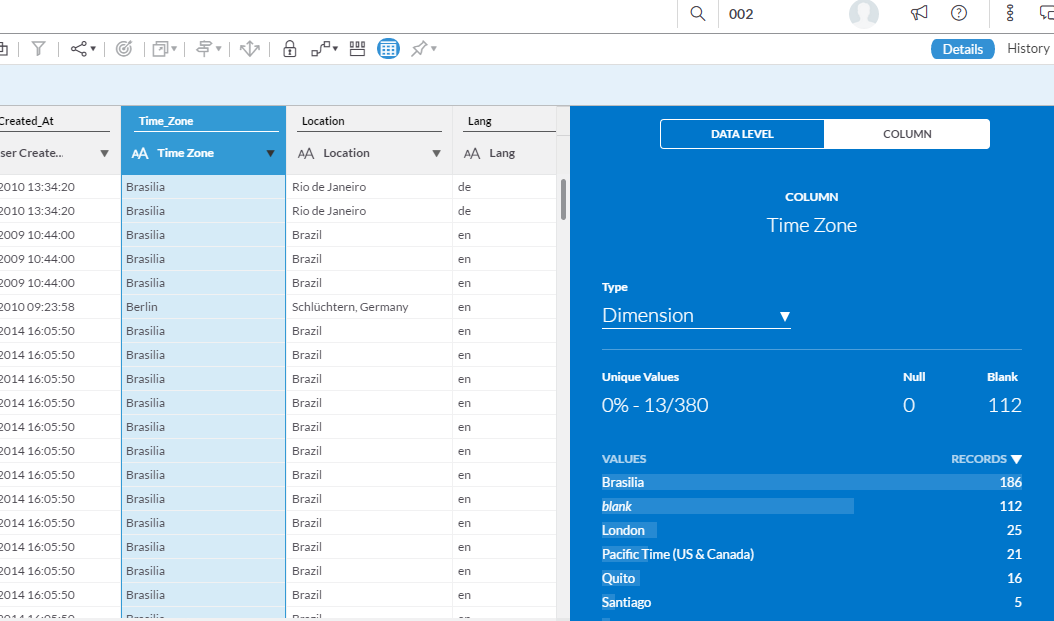 You can see above that the top timezone was Brasilia, followed by “blank” rows and next London. 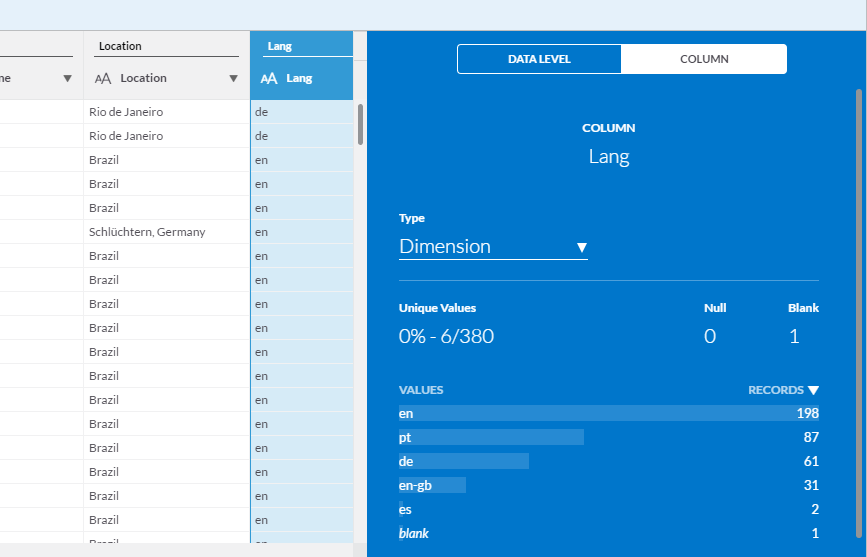 I was originally expecting Portuguese to be the top language used, but it was English as shown above followed by Portuguese and German. 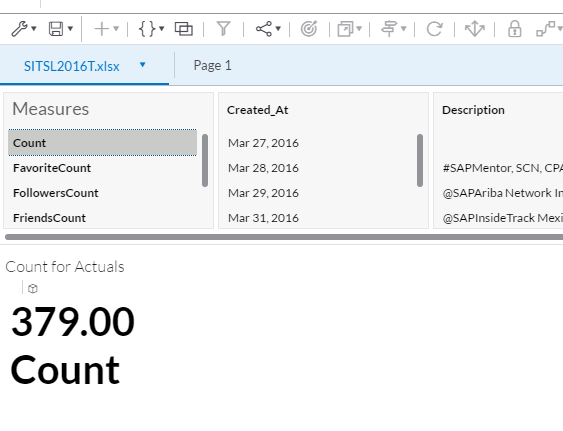 I select the Data Exploration view and I am prompted for a measure.  I select counts of tweets, and as shown above it is at 379

When I select a Dimension it “auto suggests” a bar chart.

Screen names with the most tweets are shown above.  There is a top 5 in the upper right ellipses 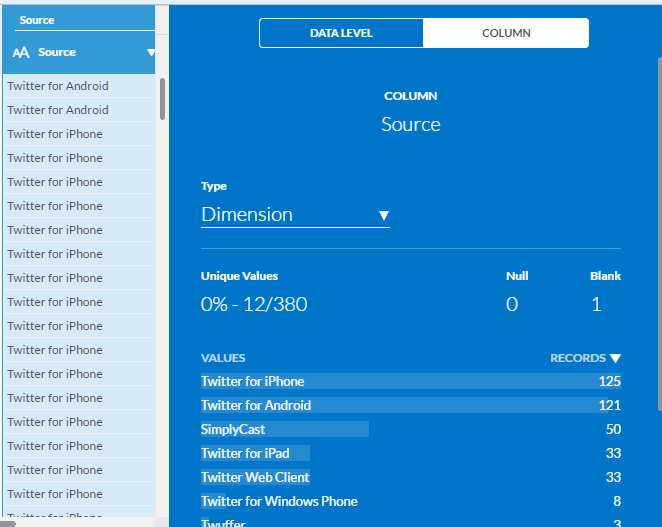 Most people were tweeting from their iPhone, followed closely by Android.

If you are interested in learning more, join ASUG on Monday for Effective and Engaging Data Visualization in SAP Cloud for Analytics

Nice use of SAP Cloud for Analytics to analyze Twitter data for #SITSL!

Congratulations to organizers and host of the SAP Inside Track event in Sao Leopoldo. Looks fantastic!

Great example of the use of new SAP technologies!

I've been on SITSL as a speaker on an SAP Screen Personas session and I've seen the SAP Mentors telling people how important it's to share what was happening so the knowledge didn't stay closed for just those of use who were able to be there in person.

We're going to have another SIT here in Brazil soon and I'm eager to see and participate in this kind of use of new technologies again. Congrats!