As part of my Co-Operative Learning Internship at SAP Ireland I was fortunate enough to be chosen to participate as a Mentor in the pilot of Africa Code Week in Alexandria, Egypt facilitated by SAP, Simplon.co and Galway Education Centre.

Coding languages are quickly becoming the universal language with over 3.2 Billion internet users in the world each using technologies to connect. With less 1% of  high school graduates with coding skills many will be left behind and become illiterate in the technical age, which is why code weeks such as ACW are wildly beneficial.

Colleagues from SAP Dublin, Galway and Paris met in the airport to fly out to Alexandria, Egypt. Overall It was an amazing experience to be apart of and completely different to anything I had ever witnessed before such as Egypt’s diverse culture, which was incredible to witness first hand from the incredible historic landscape to the warm welcoming people.

During our time in Egypt, we visited many schools including Alexandria’s Arab Academy and University of Alexandria where our teams delivered Train the trainer sessions to college students in MIT’s Scratch platform and creating android applications. The main aim was to create trainers that would then go would then go on to mentor and lead sessions in scratch during Africa Code Week to groups of kids and teenagers. It was impressive to see how motivated the students were to learn this platform and get engaged to further mentor and make a change to Africa’s technical landscape and its vast youth demographic. 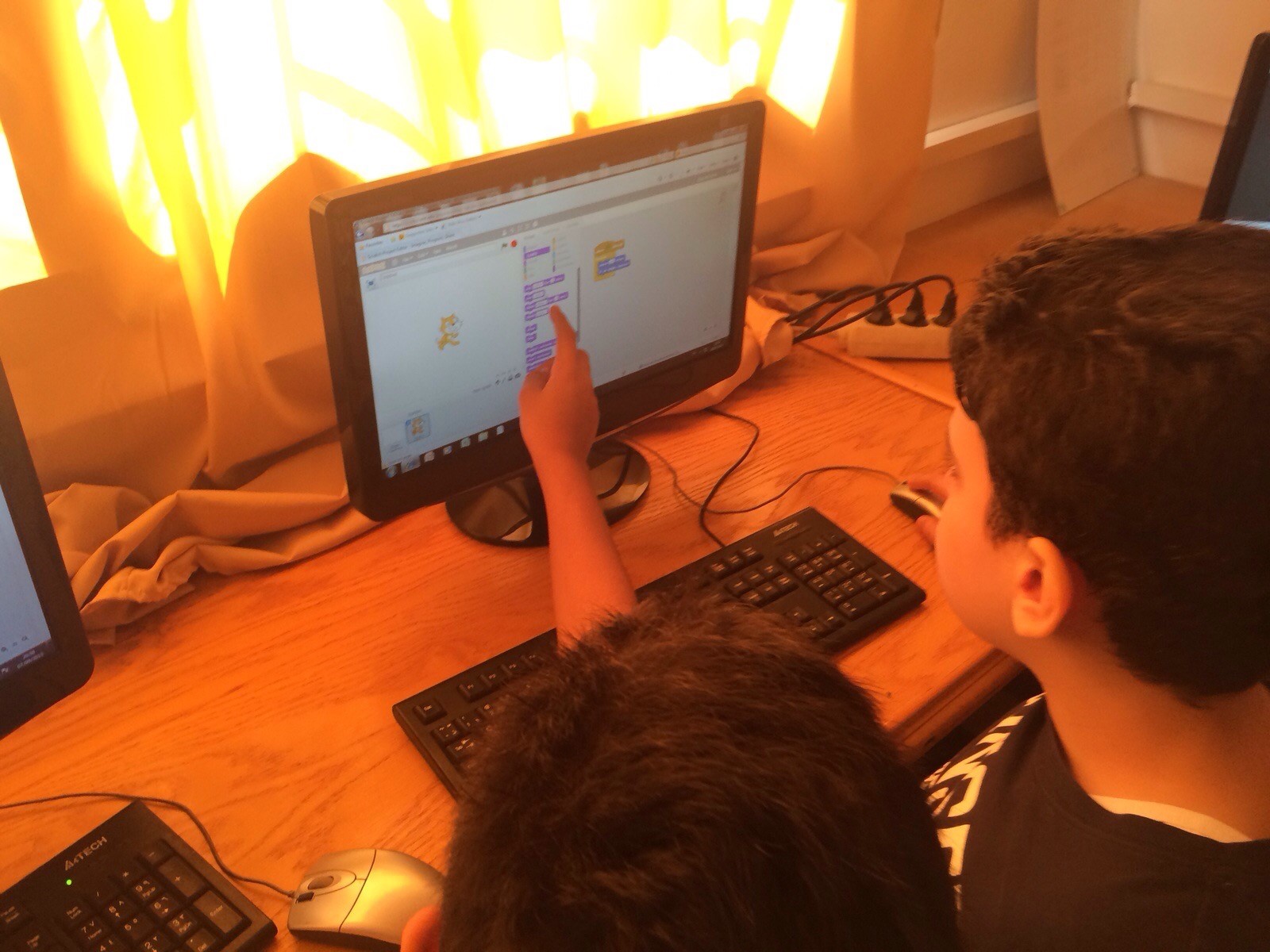 After three days in the universities delivering train the trainer sessions we went to deliver sessions to the primary school in Alexandria to classes from senior infants to 6th class equivalents. It was incredible to witness that the pupils were really engaged, enthusiastic, collaborating and using their creativity to create their own programs from their ideas such Ninja games, geography puzzles and quizzes within Scratch itself. The teachers were also really impressed by this and advised that they would implement scratch in delivery of the lessons to the students.

We also tried to demystify common misconceptions to the pupils in the school around the IT industry such as “Its only for geeks” or “coding is just for boys” which is completely untrue since anyone can get involved with code even from an early age.

In the near future, 2025 it is predicted there will be a large skills Gap in ICT skills in private and government sectors in Africa, meaning the youth of today will need to fill that skill set but without many of Africa’s youth learning how to code this is currently not possible. With Africa Code Week it makes the IT Sector look more appealing to kids and teens so they will progress and slowly close the skills gap.

You can check out the astounding impact Africa Code Week had here: http://news.sap.com/africa-code-week-2015-trains-88000-children-youth-code-10-days/ . The total Africa code week initiative across many countries in Africa had an impact on over 88,000 kids and teens who learned the concepts of programming, gained a valuable skill-set and in co-ordination with SAP and Galway Education Center.

To get involved in Africa Code Week from 1st October to 10th October, you can find out more at http://africacodeweek.org. You can also find Teaching coding to Young Learners and ACW: Teens get coding on http://open.sap.com to become a mentor in Scratch.