Check out what’s new and upcoming  … 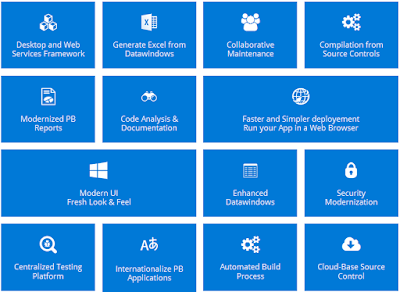 That's very kind of you to provide Novalys with some marketing. But really I could not see anything particularly new in the list of offerings. Most have been around for many years now or are just using 3rd party products. 😏

Not exciting at all.

Yes, mostly new releases of existing products or at least - making people aware that these products do exist for PB.  😉

My new version of the Integrated framework was just released this week and contains many new enhancements. I just have to do a write-up of all the 2016R1's features which I hope to publish by this weekend. Also, Appeon will release a new updated version next Monday which contains some "kool" new features as well as fixes. Here is their release note from earlier today ... 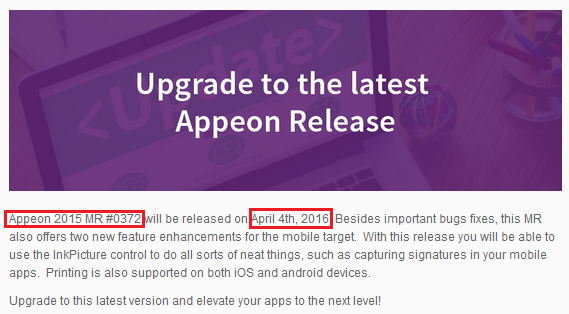 Of course, we are all waiting for the Appeon PB.   😎

Which is the new tool?

I think that the "newest kid on the block" is Zeenyx's AscentialTest for PowerBuilder. I know that Zeenyx were also working on a version for Appeon as well. However, I have no idea on the status of that R&D at the moment.   😉

AscentialTest for PowerBuilder is new?!

The top right one is my Bootstrap tool. The initial version came out in September and is in use by one company on a very large app (over 100 libraries). I am working on a totally new version that will be much faster and have additional features.

Thanks for that latest information!   🙂

Do I need to send you a case of Mountain Dew?  😛

The page compiles new or upcoming features and modules, even if the tool itself may have existed before. For example, Visual Expert Team System; Visual Expert has existed for a long time, but the server, providing collaborative features and analyzing both PB and Oracle code together is new.

Another example is Reporting Studio, developed by Enable Development Ltd: their new Report Server can deploy PowerBuilder Reports on any OS and Device, via an HTML-based Report Viewer. This Server is new, but Reporting Studio was initially released a year ago with other features.

We let developers describe what is new this year in their tool or if they had new tools. We felt this may be useful to some PB users, as we get a lot of demand from those who want to modernize their apps on the short term and don’t know where to start.

I will paraphrase Christophe : "Its good to remind what exists and how it has involved" !

The good thing is that it indicates that still 3rd parties want to continues to work with and for PowerBuilder !

PowerBuilder is not dead and is gaining in dynamism !