“Pass the chicken, please, but hold the spit” – terminology and contextual markers

What a difference a context makes … I see this situation all the time while travelling: 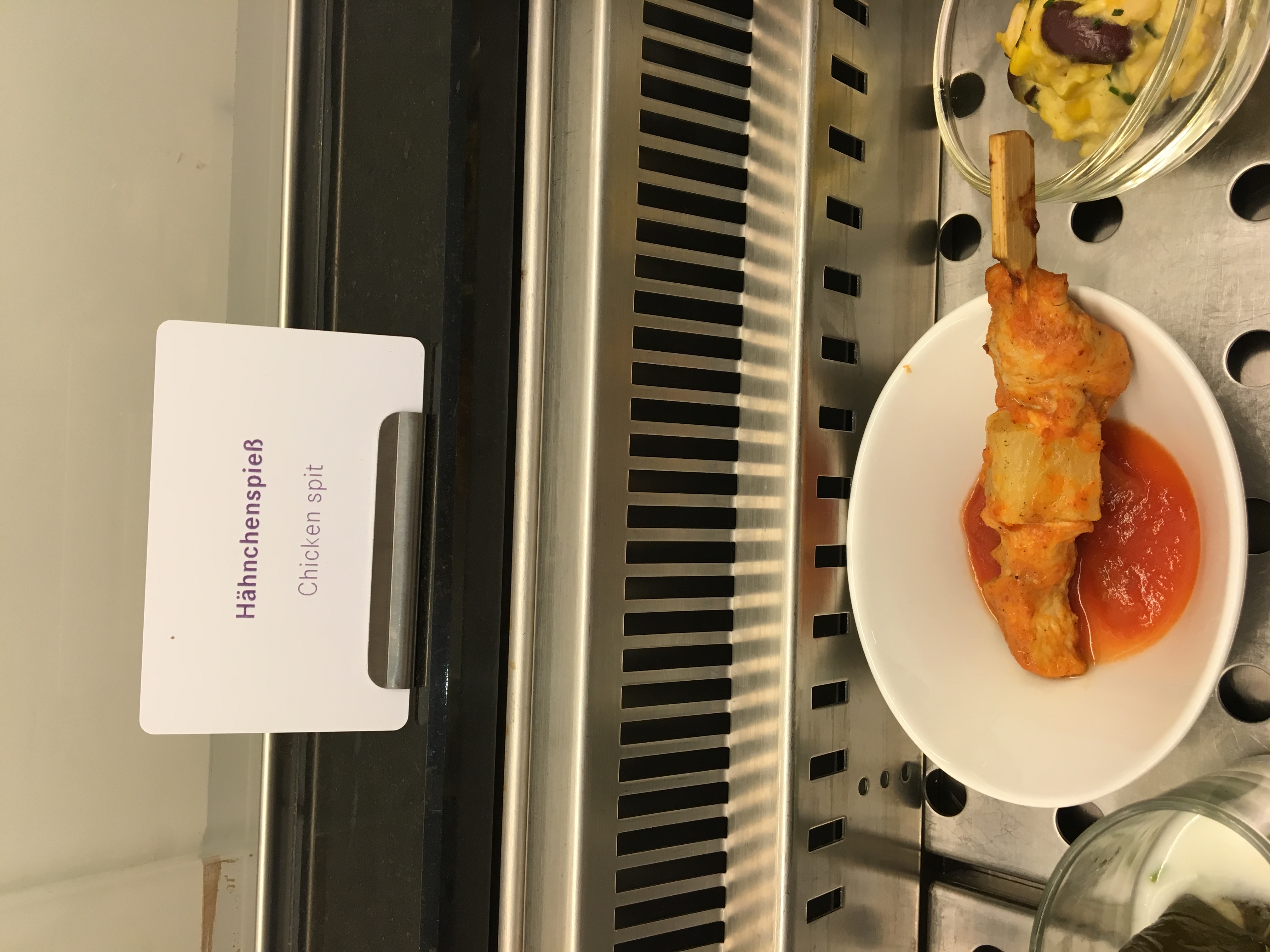 (The name of the hotel shall be kept confidential to spare them any embarassment.)

Think of this as an example of culinary terminology and the need for correct contextual markers. The homonym spit completely changes its meaning in English. A native speaker would have no problem with chicken roasted on a spit. Quite often, however, I find chicken roasted in spit and similar phrasings. Instead of salivating over the upcoming meal I’m forced to think of avian saliva.

I would use chicken on skewers to differentiate clearly between the concepts. The terms spit and skewer are synonymous but the latter has built-in context that the former lacks.

This reminds me of a situation we faced at SAP years ago. We gave an agency a list of interface elements to translate but neglected to tell them the context was building maintenance management. The word plant, in the sense of “factory”, came back dutifully and carefully translated as plant in the sense of “green growing thing”. The interface was amusing – and it was our own fault for not providing the correct context.

The moral of the story: Pay attention to your contexts! And wherever you may be travelling, Guten Appetit!

As a former translator/editor I am used to things like that, and I find them quite amusing. Among my translator colleagues, we used to say that there is no text without context  - not sure if this is a famous saying, but it is certainly true!