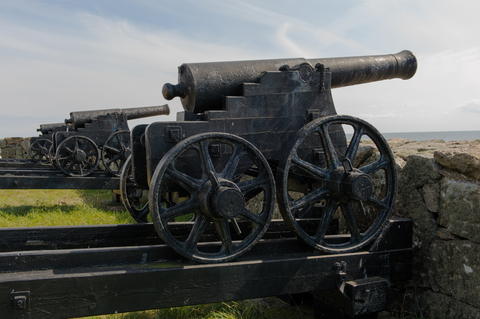 The first time I heard of the Three Lines of Defense was at a Compliance Week conference in Washington DC around 2008. My reaction was negative. I didn’t like to think of GRC as a defensive thing. I thought GRC professionals could and should do more than adopt a defensive posture. I changed my mind.

Many of my colleagues in the GRC world still resist the notion. Others think more lines are necessary.

A Different View of Defense

I think that those who oppose the concept of Three Lines of Defense don’t understand the meaning of defense. Here is a quiz that I think helps me make my point.

Defense Does Not Mean Passive

The Three Lines of Defense concept that I support is devoted to the relentless pursuit of business objectives and supports the achievements of those objectives.

My image of the Three Lines of Defense is not a wall protecting a castle. It’s an army of determined business managers, risk and compliance executives, and assurance professionals in pursuit of the strategies and objectives set by the Board.

I believe it is what the OCEG organization calls principled performance.

Let’s stop the professional navel gazing. Let’s use our skills as GRC professionals along with technology to drive business value.

This is my definition of defense and my view of the purpose of the Three Lines of Defense.

What’s your definition? What do you think the role should be?