This was an ASUG webcast that SAP provided last week. I want to thank Ashokkumar KN , Product Manager, SAP Lumira for providing the webcast and Gowda Timma Ramu for answering questions. 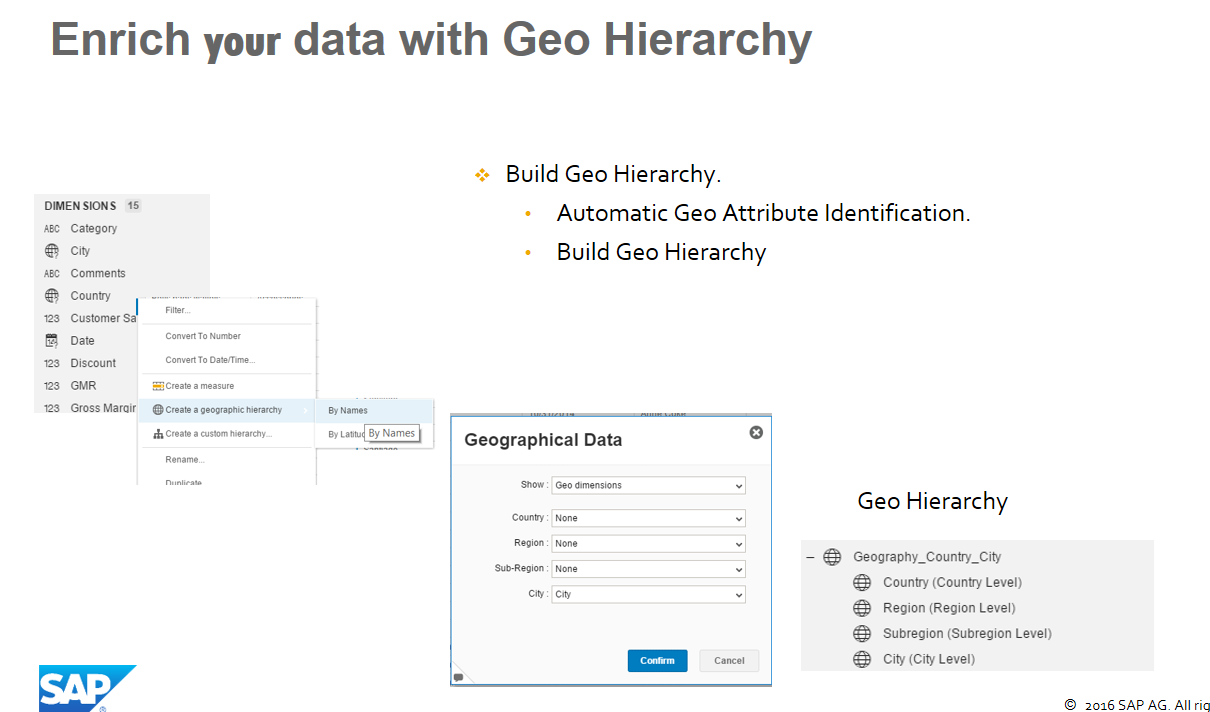 Geo coding is available for self service use cases

Users can use the attributes in the dimension panel 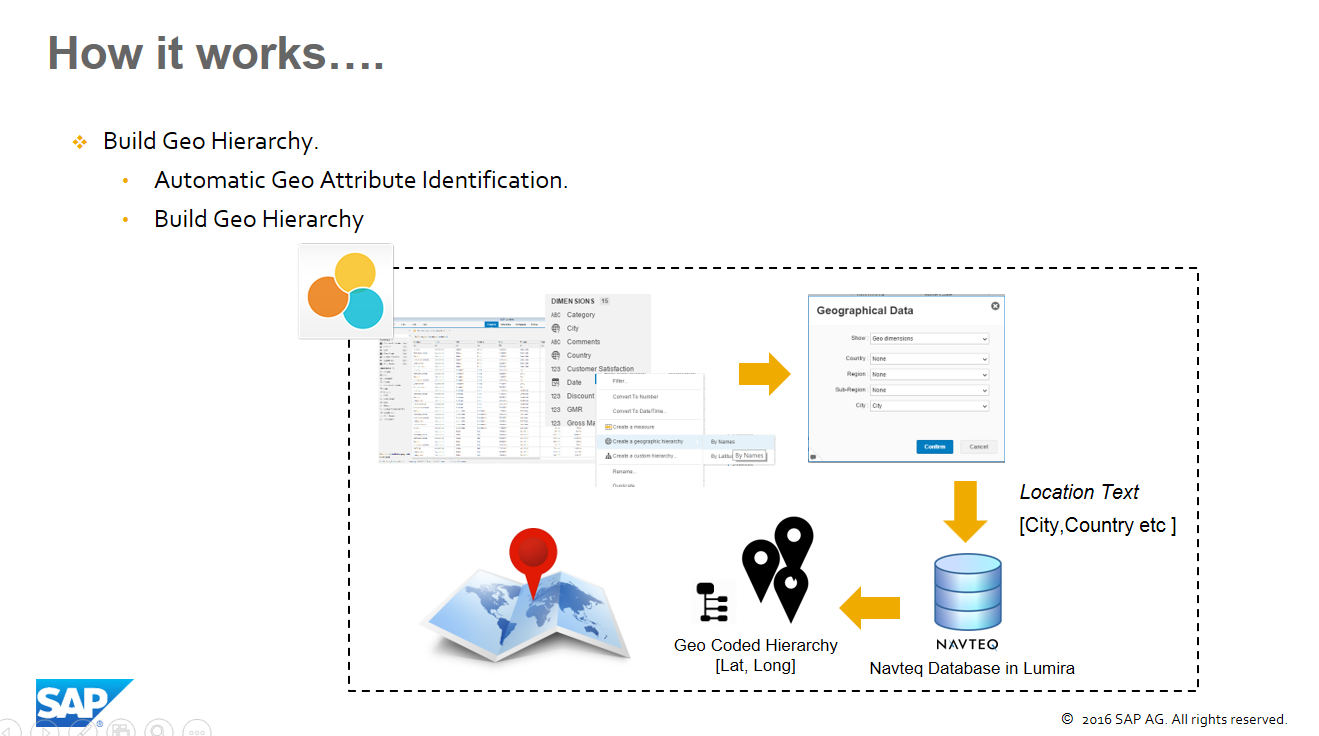 Data may have street level; default in Prepare it is city level

Navteq is embedded in Lumira

Lumira builds the hierarchy based on what user has configured 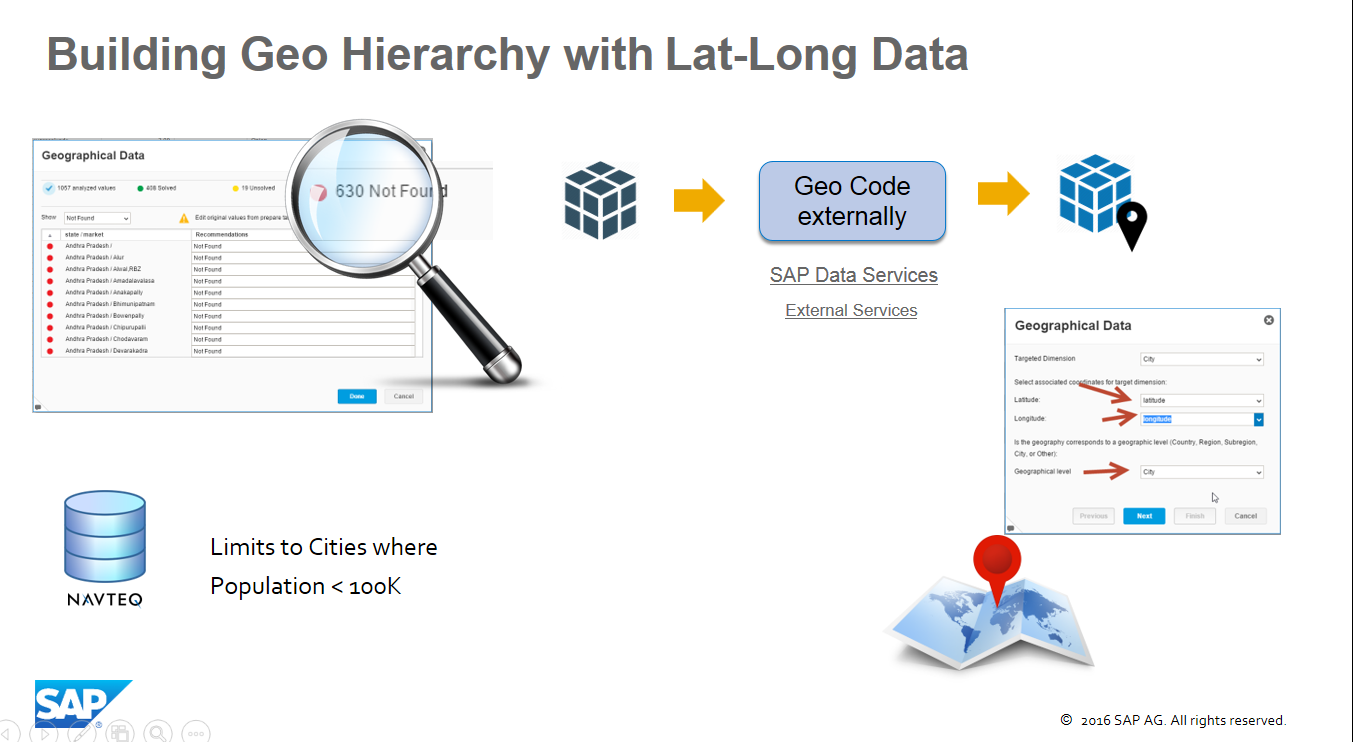 If you cannot find the data, and can’t bundle a huge geo database in Lumira

As Figure 3 shows, cities less than 100K population are not in Lumira

If cities are less than 100K, you build geo code externally using Data Services or external services, you could map it to your data using latitude and longitude and then build your geo hierarchies 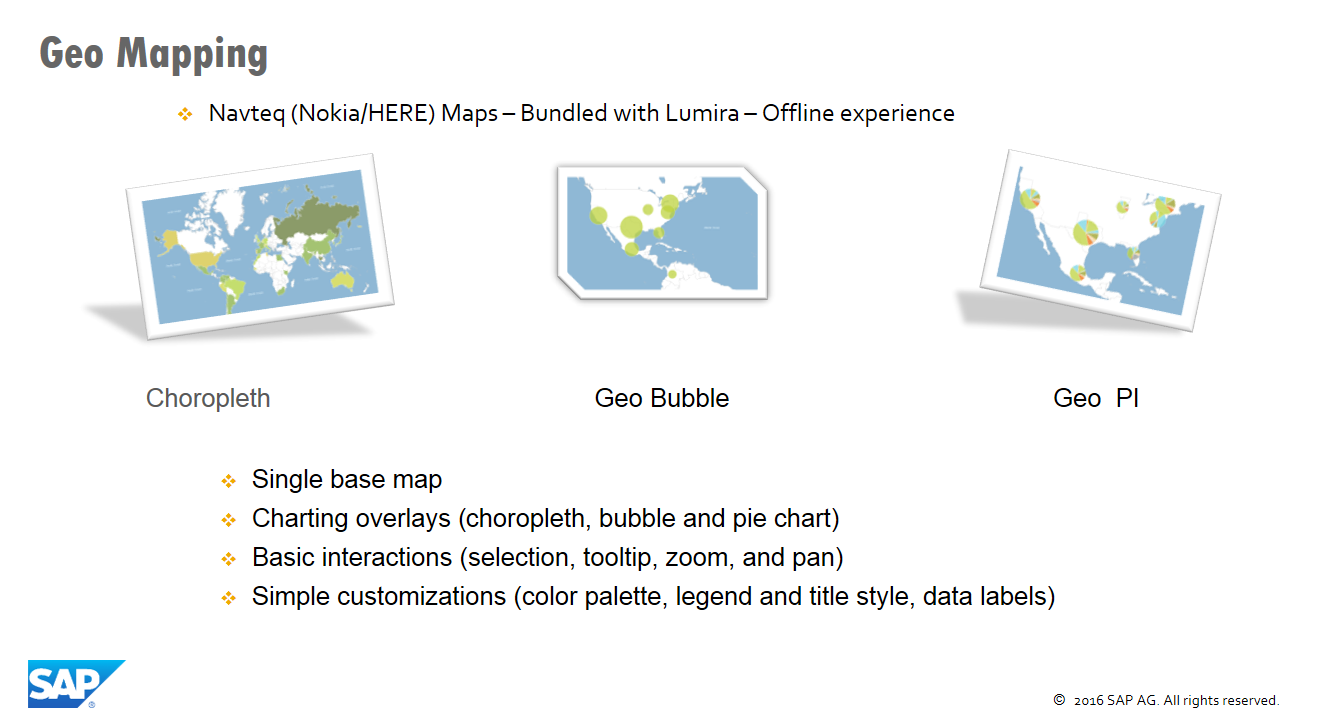 By default, Lumira provides Navteq experience for an offline experience; you don’t connect to a server to connect to maps 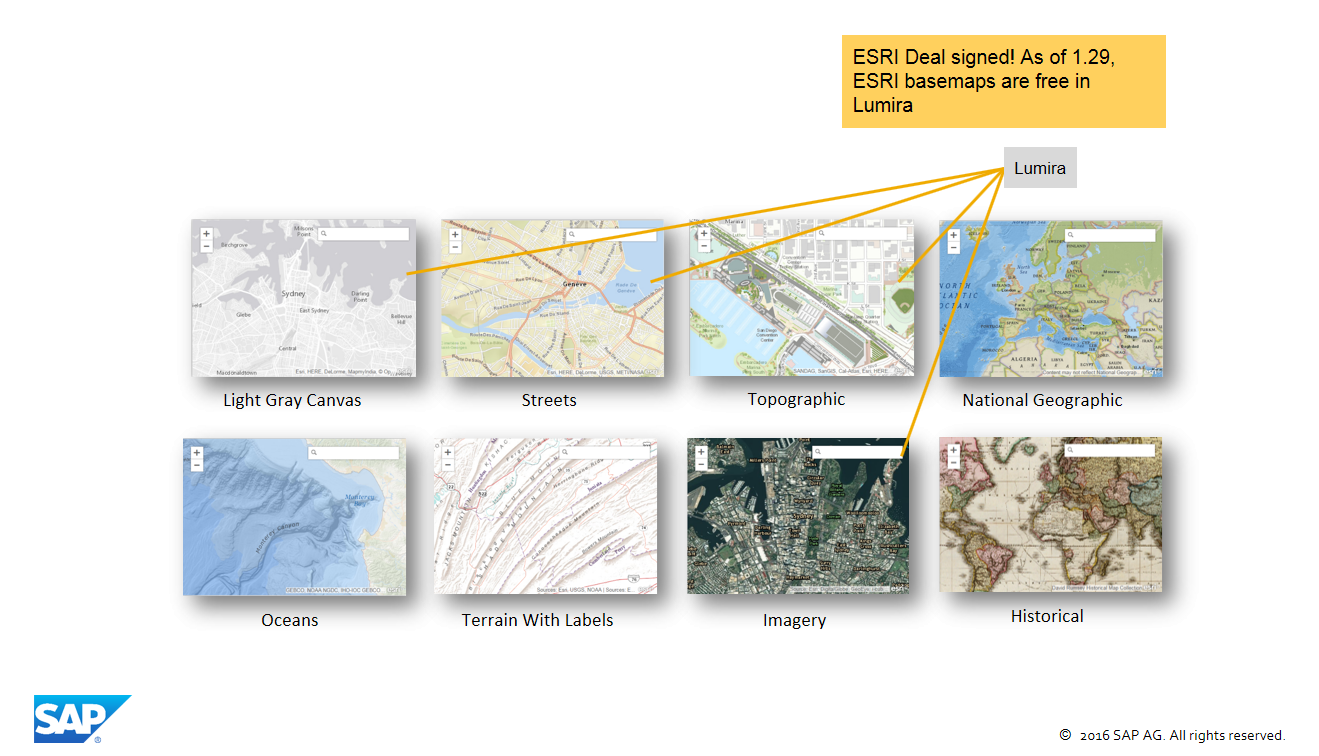 Esri Base maps are in Lumira as shown in Figure 5 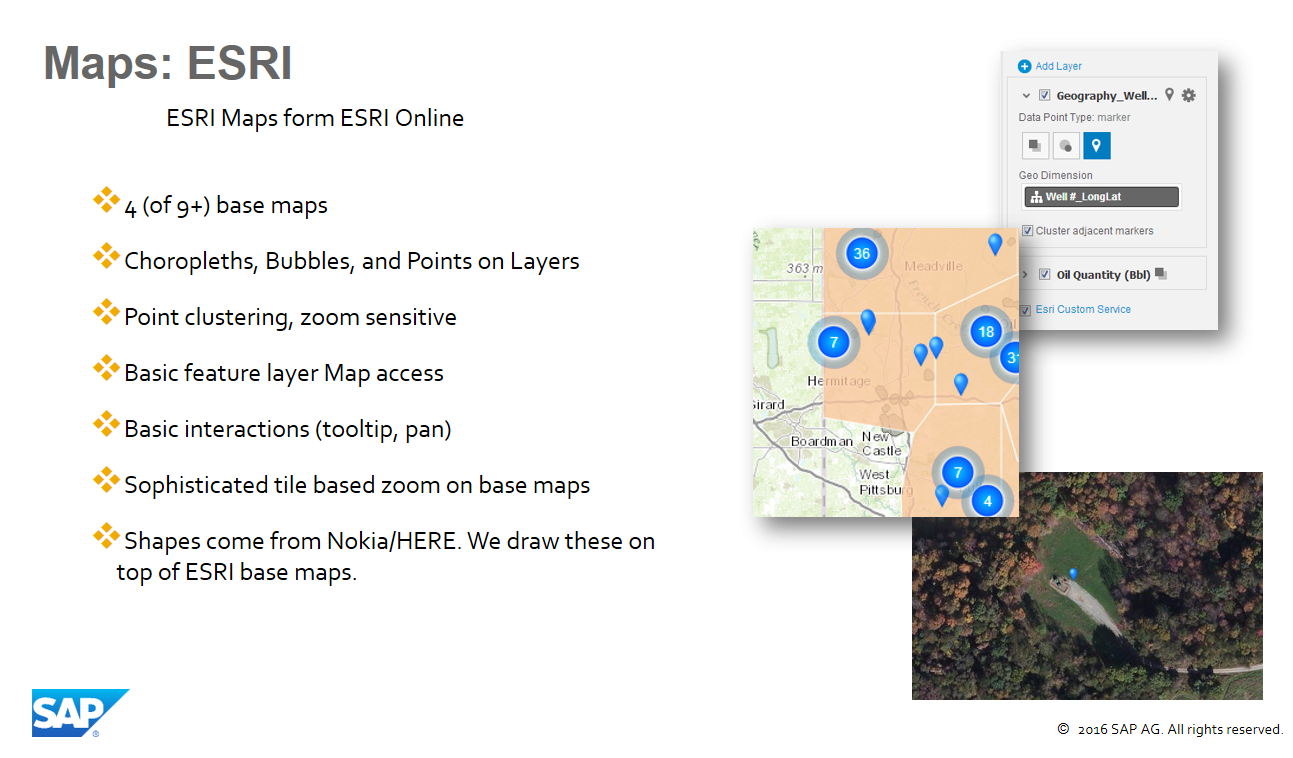 If there are too many points, offer automatic clustering

For interactions you can build a tool tip 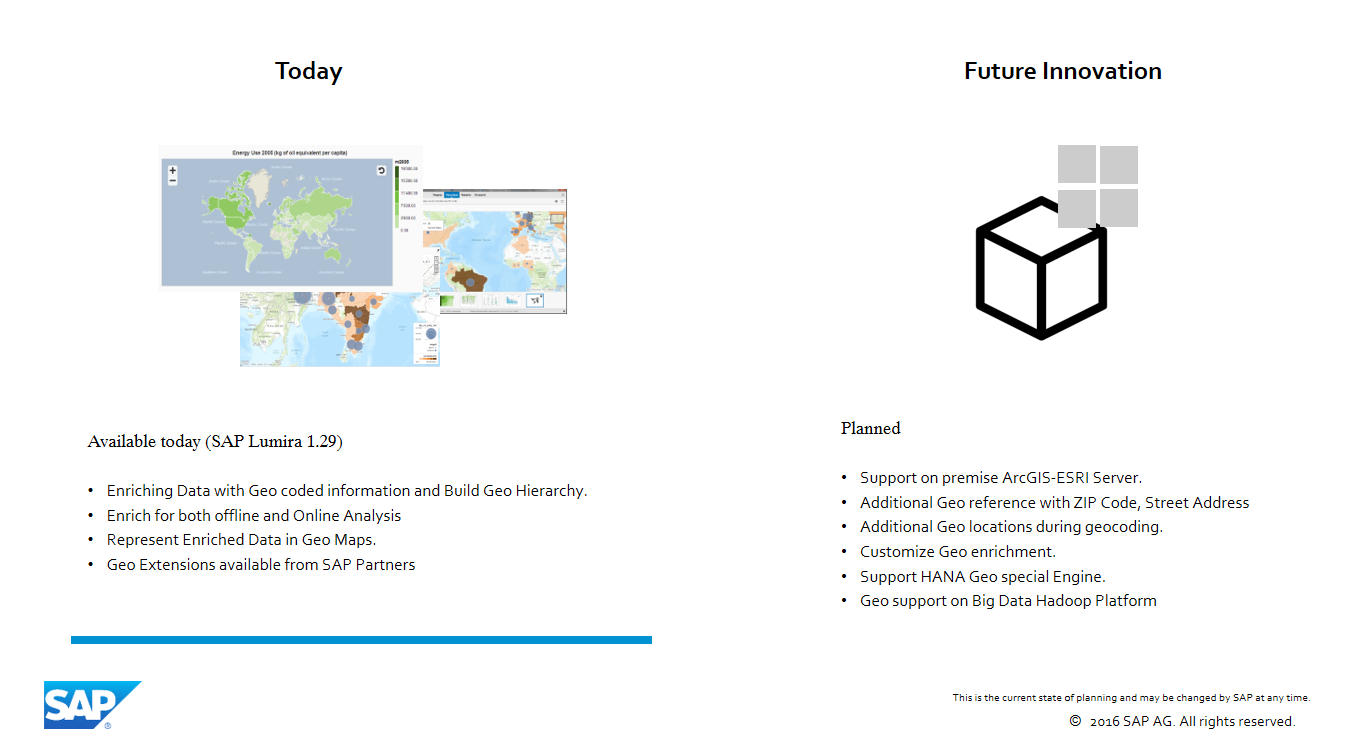 Figure 7 shows the roadmap, with planned to support on premise ESRI

Q: When will ESRI on-premises infrastructure be supported for Lumira to allow us to use our internal ERSI maps..?

A: Ashok mentioned about ArcGIS Public server, Support for On-Premise ESRI deployment in backlog. Dont have a date to share yet

A: As mentioned by Ashok, Support for Zip/Postal code is in backlog for future release

Q: Is an ESRI online account require per user or per company?

A: Slide says “ESRI Deal signed! As of 1.29, ESRI basemaps are free in Lumira”

Q: Census data is only available with the Esri custom service?

A: You can access Census data from the Census

Q: ESRI map does not work on mobile or offline ?

A: Right, for Offline as recommended by Ashok make use of Navteq maps. Support on Mobile BI is in backlog

Q: Are there any plans to support Google Maps “officially” in the future?

A: Today, if go with partner extension, they support this; no plans

I learned a great deal from this webcast, and used some of the Lumira maps functionality to map ASUG webcast registration from another webcast using an ESRI Lumira map: 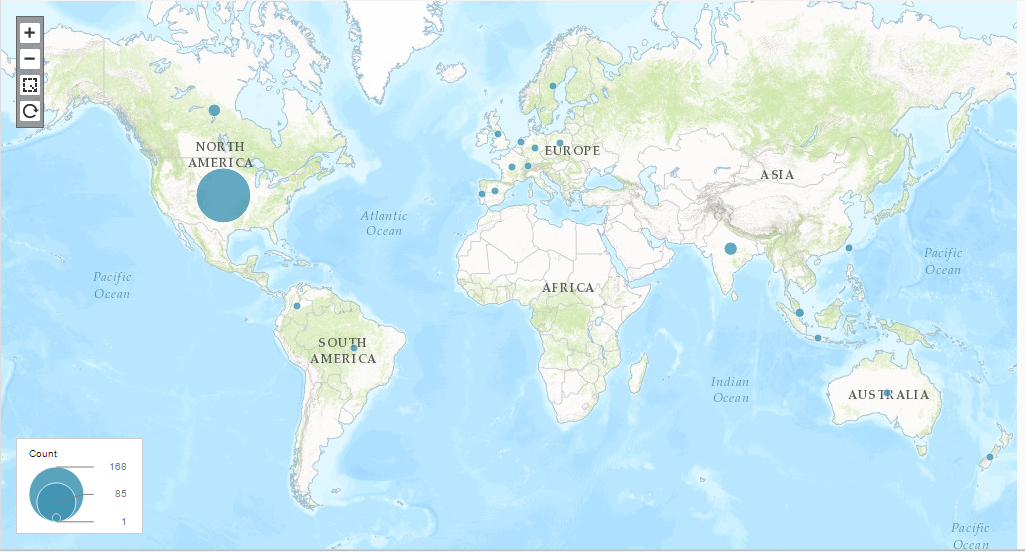 The recording and slides are now available at https://www.asug.com/discussions/docs/DOC-43795 (ASUG logon required)