Usage of Reference lines and How to create in Lumira

Here I would like to show how to create a Reference line which can be used to identify the key values from your data during the analysis.

Lets consider an example, wherein the end user would like to view the sales numbers, which are higher than some reference value.

Say the end user wants to see the months where the target(reference) is more.

Consider the following sample data,in which the end user would like to view this data in visualized chart, with some reference value.

Using the Column chart, we can depict the above data as,

When we have a complex data with lot of data points, its difficult to analyse and we can use reference lines in such cases.

In the following visualizations, if the end user wants to highlight the reference line on the chart below, he can create a Reference line. 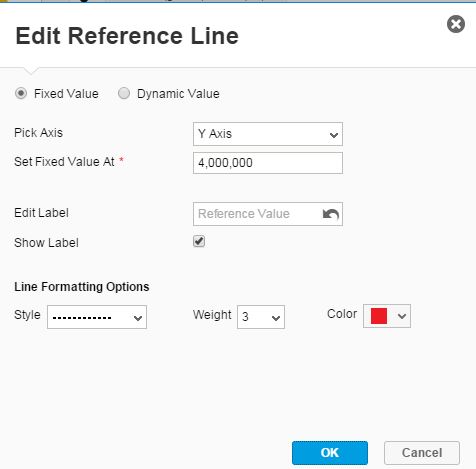 This Reference would be highlighted in the chart as below

This reference can also be created as Dynamic value and the current option available is “Average”. In this case, the reference value would be an average of all the values. 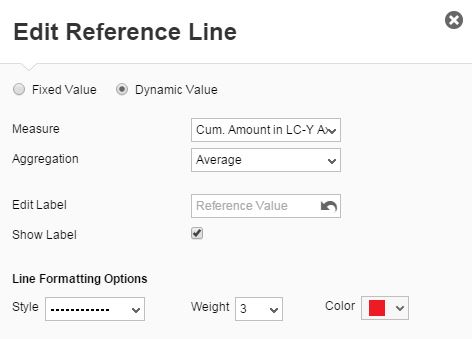 Thus we can create Reference Lines in Lumira and analyse the data in a better way.

You can also refer http://scn.sap.com/community/lumira/blog/2015/12/23/maximizing-sales-using-reference-lines-in-sap-lumira about Reference lines in Lumira

Thanks Muralikrishnan for the post. Is it possible to create a diagonal reference line instead of a horizontal or vertical line?

As Ashutosh mentioned, its not possible now.