Interaction 16, the premier design event organized by Interaction Design Association IxDA.org, brought together about 1000 design professionals, leaders, students and volunteers for three days of workshops and lectures as well as the IxDA Interaction Awards reception in Helsinki, Finland. 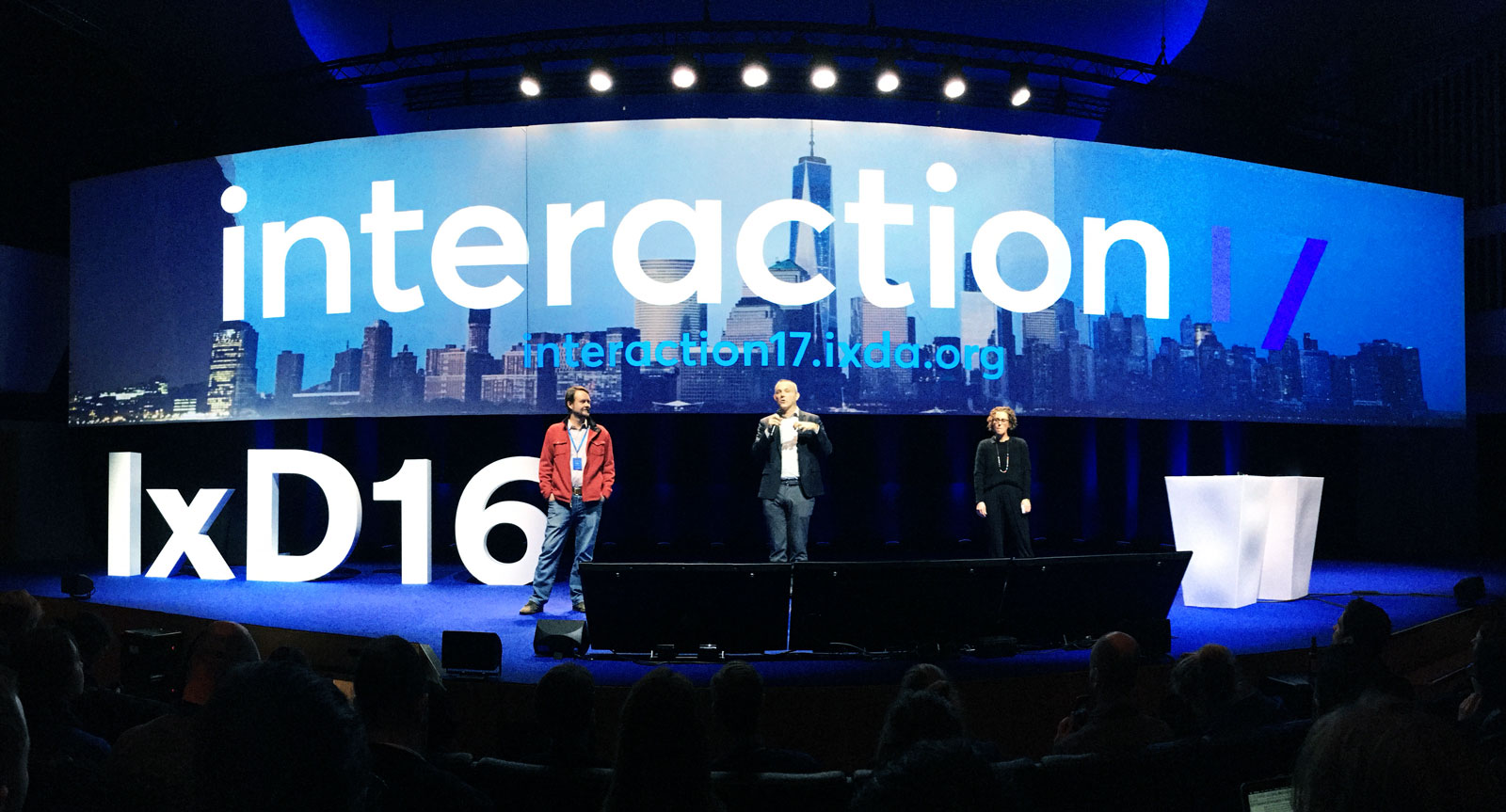 This year’s overarching theme was the next wave of interaction design as a craft and as profession as well as the future of design practice as a whole.

The craft of design is a dynamic and exciting field, which is changing rapidly and constantly. Modern computing and automation take design to levels we didn’t dare to think about before.

Therefore, Interaction16 was dedicated to the question: What’s next? And there are quite a lot of facets of the future of design.

But first of all we have to make clear: Where are we now – in design?

We have become intertwined with what we have created to the extent that we are no longer separated from it. Humans and technology have grown so closely together that all borders are about to merge or even disappear, explained Marko Athisaari. Not only do we use technology in our daily lives – technology is also taking over tasks independently that we used to accomplish just a few years ago. Cars, for instance, are no longer mainly mechanical devices. They are equipped with technology to monitor and regulate most of its functions making them more efficient, safer, and more connected. John Rousseau suggested that the evolution of autonomous driving will be marked by a series of steps, beginning with the establishment of trust in technology, all along human-centered design and interaction models which gradually lead us towards fully autonomous passengerhood.

Kate Darling from MIT Media Lab highlighted the increasing role of robots which are entering new areas of our lives. She stated that humans are inclined to have stronger connections to physical objects than virtual objects, which is called anthropomorphism. Humans tend to give machines a name and to react to lifelike machine cues even if they know they’re not real.

Joshua Seiden unveiled the need and desire for a service using human intelligence instead of creating artificial intelligence. He stated that a product is a place of activity. That’s why we need to take care of stewardship and cultivation in craftsmanship. His talk underlined the aspect of design work where the human intelligence will always make a difference.

As Leandro Agrò stated, we are consequences of the tools that we use. This does not only come along with benefits, as also problems, challenges, and ethical questions arise. A designer’s job goes beyond designing products, such as connected cars or robots. It is also about designing the points of interaction at which humans weigh in – the so-called hand-off problem. When and how to intervene into technology? What are we supposed to design (and what not)?

In the talk “The futures we want”, Kaleem Khan explained that we are in the middle of fundamental changes to our society and culture. These changes and challenges present designers with new opportunities, risks, and dangers. We have to move beyond methods, functions, and forms to examine ideas, values, and ethics. And it depends on us if the future will happen to us or if we will create the futures we want.

Tricia Wang’s keynote provided some really important insights on the value of “Big Data”, or rather the missing value as Big Data does not have an intrinsic value on its own. It is necessary to couple and enrich it with social data and meaningful insights provided by people. Tricia Wang gave examples where user research beat statistical (big) data in terms of actual insight into a real world problem. However, the use of Big Data is often confounded with an actual solution to a lack of understanding, as if the data alone would provide the important insights necessary. “People conflate representation with truth”. Tricia Wang called that “the quantification bias – valuing the measurable over the immeasurable”. She stated that instead of Big Data, we need “Thick Data – data brought to light using qualitative, ethnographic research methods that uncover people’s emotions, stories, and models of their world”. “This indeed would strengthen our roles as designers in a ‘Big Data company’ like SAP, as our task is to create meaningful solutions, which never goes without the in-depth look at human needs”, reflects Rainer Matthias, Strategic Design Consultant at the SAP Design & Co-Innovation Center.

The aspect of human-centricity and human connection was highlighted in Chelsea Hostetter and Ahmed Riaz’ talk about what interaction design can learn from video games. They stated that playing is a way to encourage engagement and introduced some effective and meaningful play patterns, such as narrative discovery and failing as a way of learning from experience, accompanied by collaboration. They made their point very clear by engaging the 200 people in the audience. “It was amazing to experience how these patterns in game design affects people and the way we relate to each other. I really enjoyed this session which made me think about the new frontier in UX design for software”, explains Alessandro Sposato, Strategic Design Consultant at the SAP Design & Co-Innovation Center.

“My favorite part of the conference was actually how a number of talks touched on current controversial issues, such as privacy invasion, gender inequality, and digital harassment”, reflects Tim Thianthai, Strategic Design Consultant at the SAP Design & Co-Innovation Center. “Interaction16 focused on these controversial issues and problems in the world as well on the social aspects of design and ethical values. The conference highlighted the fact that design is supposed to improve our lives and that design has the potential to solve these current world problems”, recalls Rainer Matthias.

Cameron Sinclair gave an inspiring keynote on “designing life” which demonstrated that design is supposed to serve humanity. He has created a new town for war refugees in Syria by involving them in the construction of the houses in order to reduce costs and make them love the buildings that will be their new homes. He has financed this project from earnings of other projects. But there is more: Even though there were children and highly educated people as well as some teachers living in this camp, there was no school, and therefore no chance of education. But Sinclair saw an opportunity in this desperate situation and, within just 12 days, he managed to construct the school building thanks to the support of local families and his team. “This was probably the most powerful and impactful talk of the whole conference. Designing life and designing for life basically is an excursion through the successful emergency projects that Sinclair went through in his career and an indication of how designers can support this kind of activities”, reflects Alessandro Sposato. “Sinclair’s keynote made very clear that design is not just about high tech and first world problems. We have to explore new fields of design where we can really make an impact and consider those who are at the end of the food chain”, adds Rainer Matthias.

The future is nothing to be compared to. But WHO decides our future? Let it be us. And let’s make it a good future.

SAP is proud to have been a finalist in the prestigious 2016 Interaction Award with the SAP Tennis Analytics for Coaches solution. 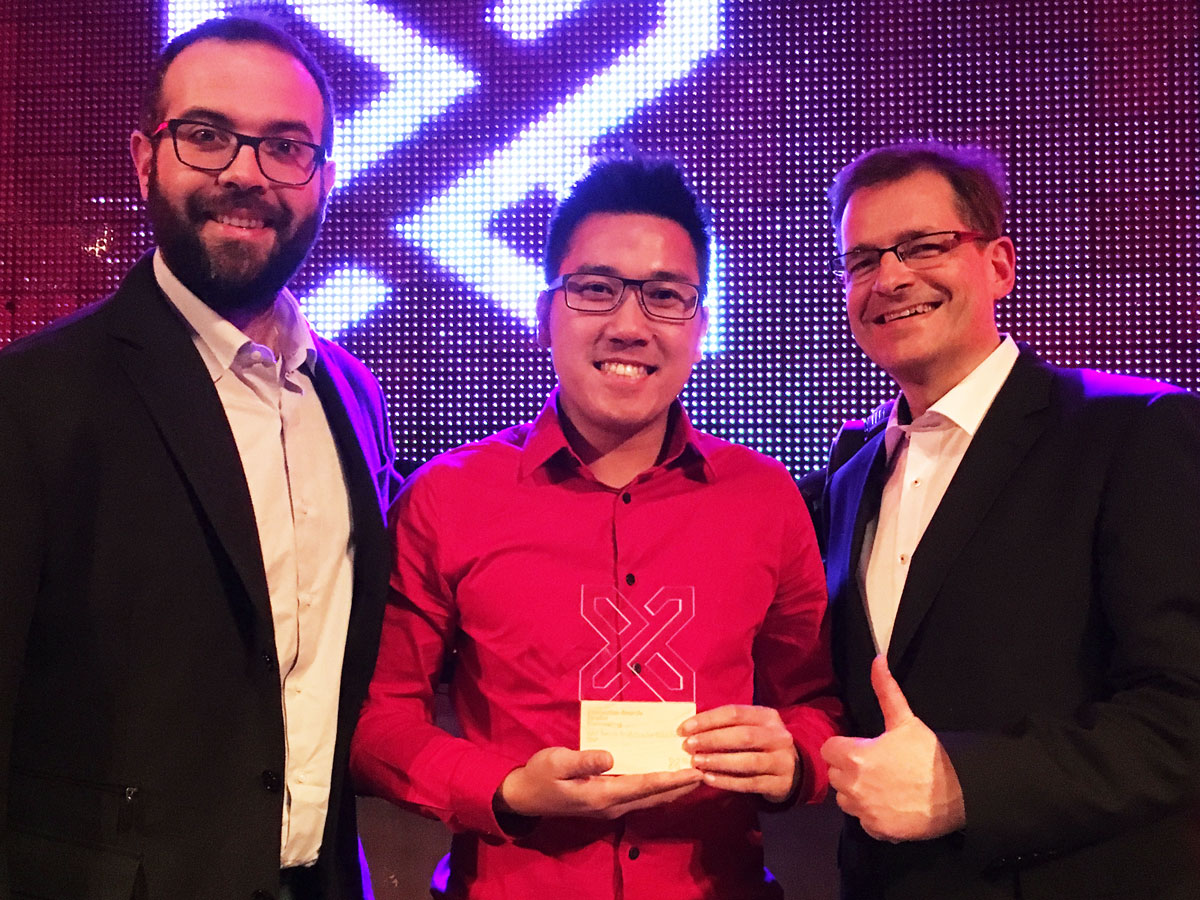 SAP Tennis Analytics for Coaches translates data from the umpire’s scoring of the match and ten on-court cameras into strategic information available on the tablet application in real time. The power of SAP HANA has created a completely new use case as in 2015 the Women’s Tennis Association (WTA) permitted coaches to bring an authorized mobile device onto the court. “SAP Tennis Analytics for Coaches is an SAP and WTA app, a co-owned solution, which transforms women’s’ tennis. This is the first finalist achievement that we’ve won at the Interaction Awards, which shows us that we are on the right path”, says Tim Thianthai. This recognition as well as the presentation with the User Experience 2015 Award for SAP Tennis Analytics for Coaches is a trigger for SAP to do more design projects in areas that may be atypical for the software company. Alessandro sums up: “In the end this is how we can change the perception of SAP – by delivering good designs which make an impact and showing that we are glad to work for SAP’s Design and Co-Innovation Center. This is our motivation to continue – and to be part of Interaction17 next year in New York City.” 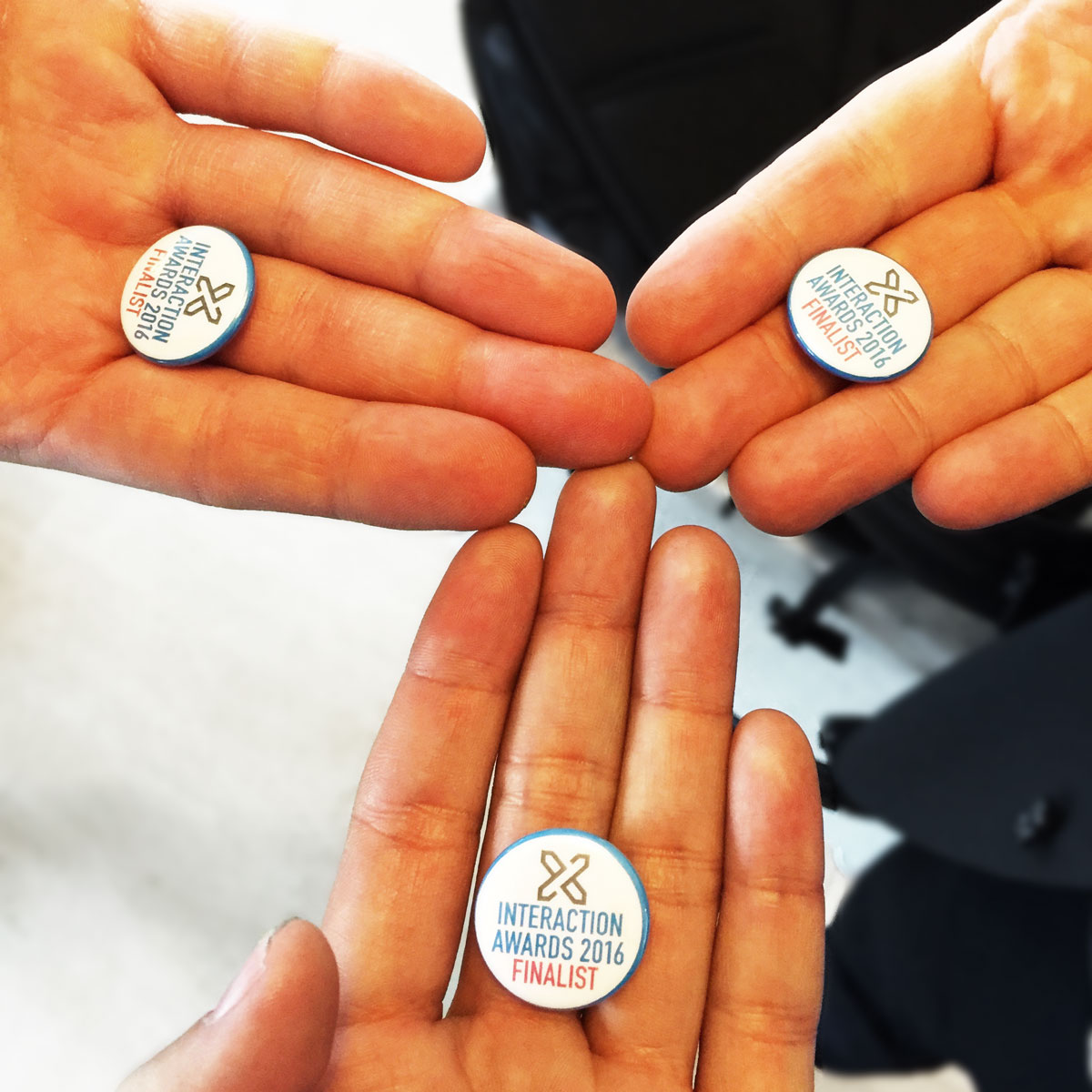