How to change dev class $TMP for the repository objects of an OData service?

Based on a question that has been asked in the followig thread How to assign OData Model and SRV to TR from Local Object $TMP  I did a little research how to change the development class $TMP for those objects. I found a useful reply by Jan de Mooij  in the following thread change of source system – any mass transaction? | SCN.

Since all the examples that I posted in SCN so far are using $TMP as a dev class I also thought that more than one user might have run into the issue of having created a cool service in $TMP and facing the problem how to transport the same into the quality or productive system landscape.

For this document I created a new user DEMOSE80 and created a project ZTEST2 using this user in the Service Builder and generated the runtime objects and registered thus the service in the backend.

Let’s first have a look which objects are created when generating the runtime objects of an OData service ZTEST2 in the backend system using SEGW.

To change these entries you can use transaction SE03 and choose “Change Object Directory Entries”. 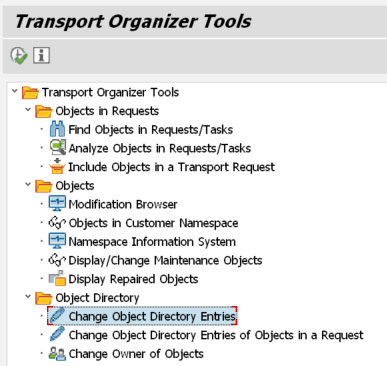 When you click on the entry mentioned above you can select the entries that we are looking for as follows: 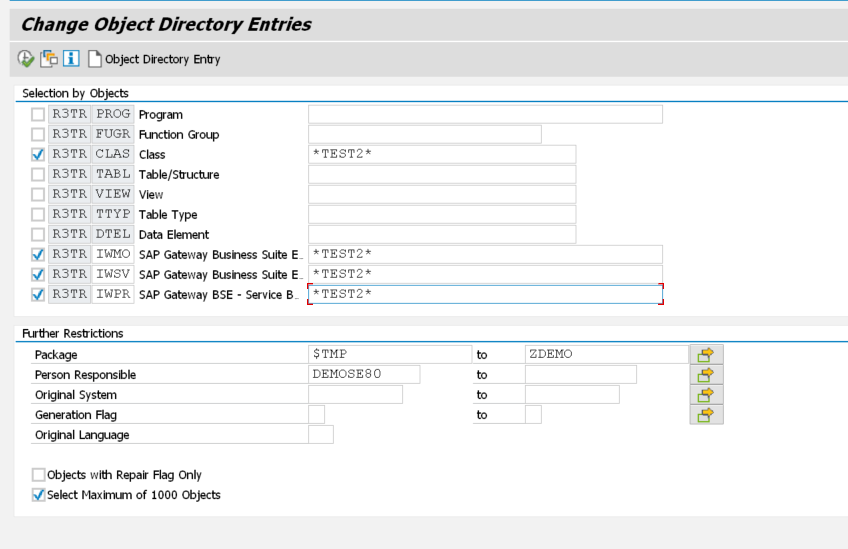 We will get the following dialog screen

Here you can either select a single entry and press the change object directory button (which I did for two objects) or you can select multiple entries using F6. 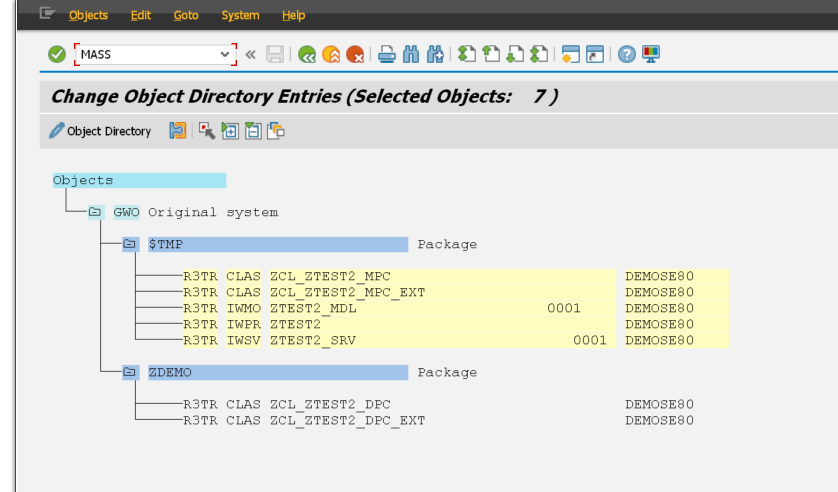 and then enter MASS in the OK Code field as suggested by Jan de Mooi in his comment mentioned above .

In the following dialog you have to mark the field Package and enter the name of the new dev class (here ZDEMO).

As a result all objects are now in a dev class ZDEMO that can be transported.

If you have activated the service on the hub you would have to change the following objects as well:

Excellent . Glad I asked this question in SCN to get such a detailed explanation in this blog as a result 🙂

Nice blog. Thanks a lot.

Good information Andre 🙂 . It was really helpful. Thanks

I’m trying to transport activated services. In addition to the 3 object type you have mentioned.

I have a the below table entry as well.

Could you please clarify if this is generated or must be added manually.

Note: I tried to see the list of objects captured in Transport by registering a test service and I see 4 objects in the Task.