As part of our Extensions for SAP BusinessObjects Design Studio we provide the ability to do a real drill down as well as a inplace expand and collapse and we do support this for standard dimensions as well as hierarchies.

So lets assume we have two different sets of data. In the first data set we are going to use a set of multiple dimensions…. 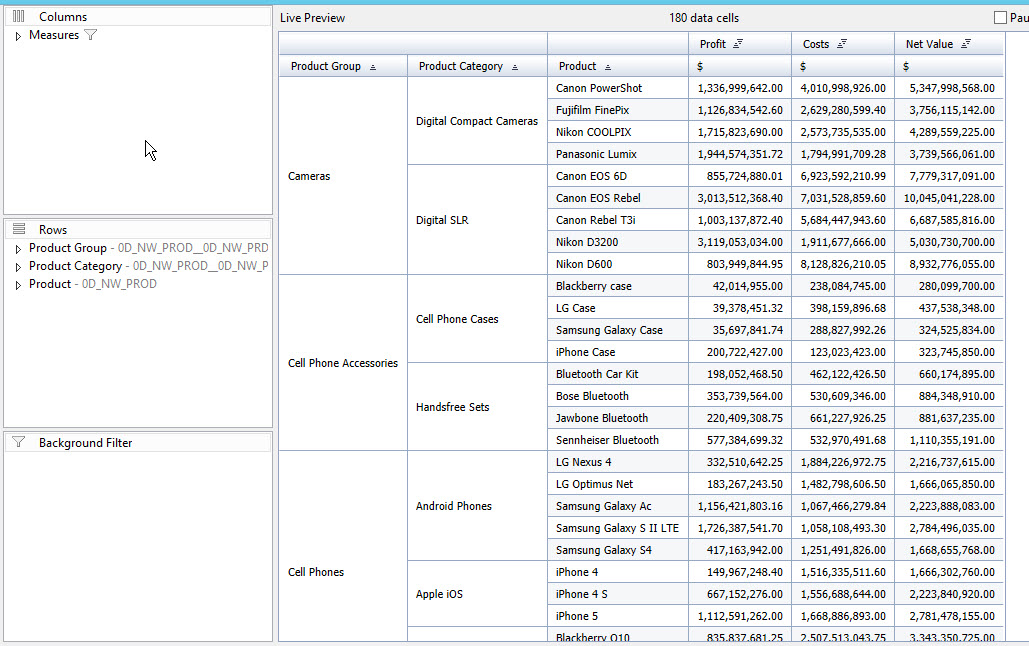 … and in the second data set we are using a hierarchy from BW. 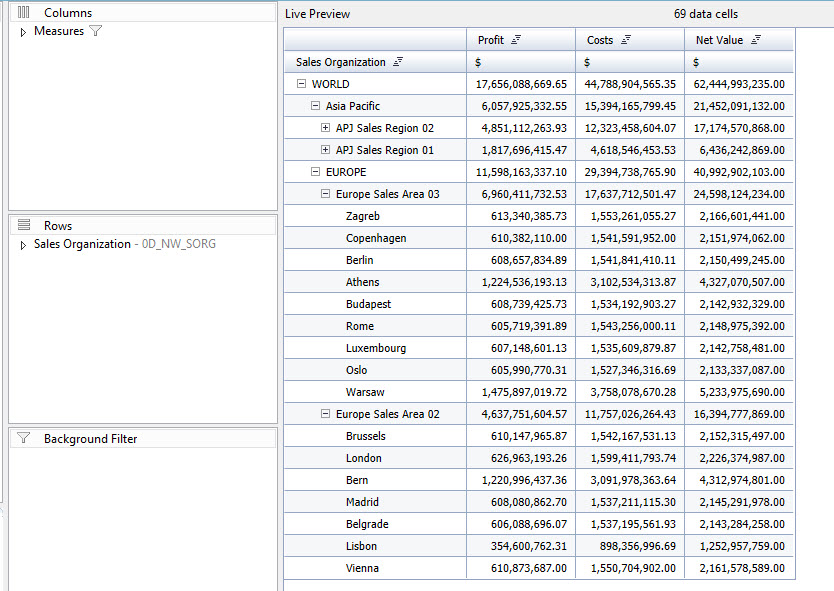 In the Additional Properties of the two charts we can now configure the details of the behaviour. 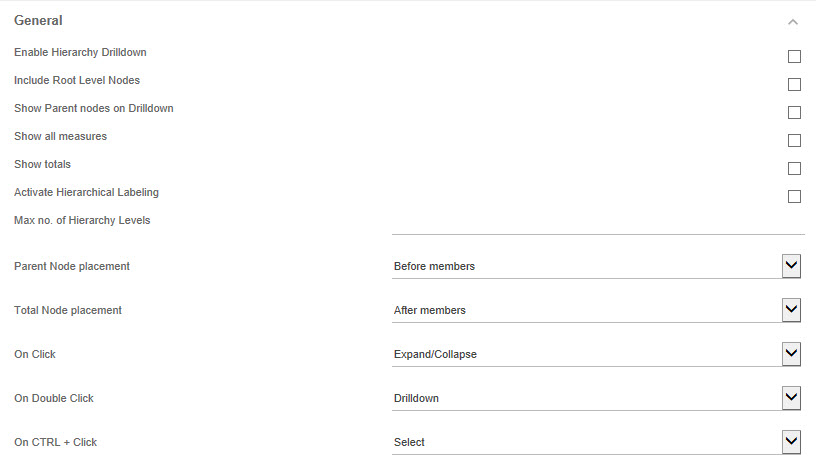 Here we can set the properties on how the drill down / expand is supposed to happen and how the parent is going to behave.

So lets start with the first data set and a simple column chart that allows us to do a drill down in SAP BusinessObjects Design Studio. 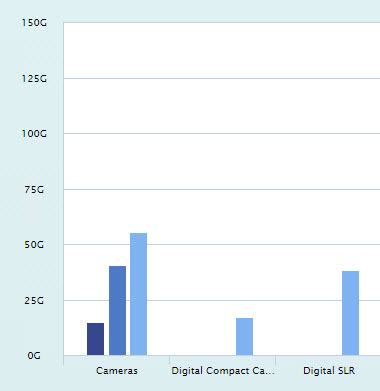 In the second example we will use the data set with the hierarchy and we will enable the hierarchical labelling as well. As shown below, the initial screen shows the two hierarchy nodes for Asia Pacific and Europe.

In addition we can see the hierarchical labelling now in the X-Axis.

In case you do require charts with drill down capabilities, you will notice that such capabilities are not part of the core Design Studio offering, but the functionality can be achieve using Partner Extensions.