Even though the next President of the United States won’t be determined until November 8th, 2016, the amount of political coverage and poll results leading up to the White House run will only intensify. How will journalists and media outlets continue to make sense of the massive amount of data they must contend with during today’s “always on” news cycle? And how is this type of real-time reporting shaping how current and future elections are covered? 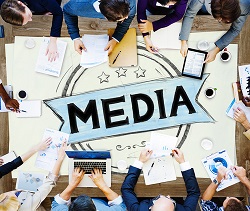 “Digital technologies are transforming politics and elections and turning American voters into digital voters,” said Jennifer Morgan, president, SAP North America in a recent news release. “Having access to real-time, data-driven information and public sentiment not only enables journalists to create engaging and compelling content but also empowers consumers and citizens with unique insights into the 2016 U.S. presidential election and the state of world affairs more broadly.”

Reuters is navigating this shift by tapping into real-time technology to serve as the new backbone for the Reuters Polling Explorer which allows the company to access and analyze 100 million survey responses for quicker and more efficient reporting of public opinion. Reuters is also using a powerful new mobile platform to build its White House Run mobile app that lets voters simulate the role of a presidential candidate. Reuters editorial teams also have access to additional analytics and insight to allow journalists to explore data and easily create visual stories.

“The U.S. presidential election is one of the most important events this year, and data plays a key role in understanding it,” said Daniel Mandell, chief revenue officer of Reuters Media in a recent news release. “Voters rely on our coverage to make informed decisions. This technology will let us deliver to readers the independently produced, unbiased news and information that they expect from Reuters.”

Are we relying too much on polls and the data journalism that deciphers them? This Huffington Post story, “Why You Shouldn’t Read Too Much Into Primary Polls,” seems to think so:

“There are big problems with how much we rely on polls. They have almost no ability to predict the results of elections that are more than a year away. And it’s getting worse: the increasing use of cell phones and the decline of people willing to answer surveys has put the election polling industry in a state of “near crisis,” as one prominent expert recently put it.

“Near crisis” might be a bit of an exaggeration but it still underscores the need to strike the right balance when consuming real-time data – whether a journalist or voter. Take this recent story from U.S. News and World Report, “Voters might want to take all those presidential polls coming out of wintry New Hampshire with a grain of road salt.” Here’s one reason why, taken from the story:

“Pollsters must contend with some of the same complicating factors as in Iowa: voters debating among lots of candidates, being bombarded with information and considering options until the last minute.”

Or, as Michael Dimock, president of the Pew Research Center puts it:

“You’re still trying to predict what somebody’s going to do X days out when they don’t even know what they’re going to do.”