What Will Insurance Look Like in the Networked Economy? Get Ready for the ‘Lifestyle Insurer’

By Birgit Fien-Schmalzbauer, Head of Research and Innovation, SAP for Insurance

A survey by SAP and the Economist Intelligence Unit revealed a telling statistic. 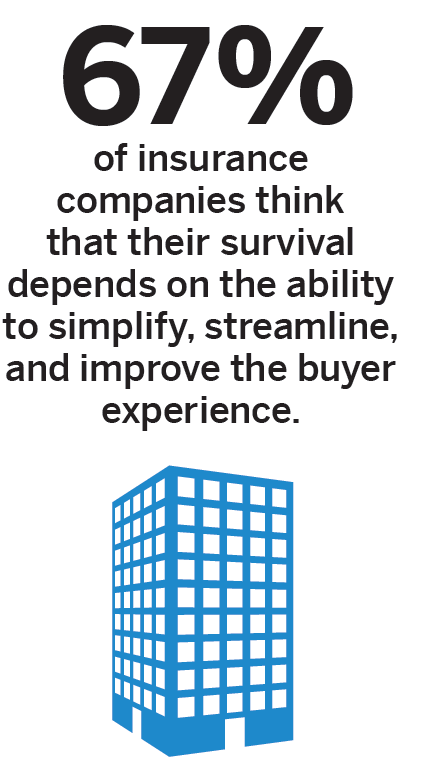 I’d take it one step further than that: It’s not just about better interactions with customers, it’s about adding value to customers’ lives.

The networked economy is about to upend the insurance sector as we know it.

Right now, people are accustomed to interacting with their insurers in utilitarian ways, such as when they’re paying bills or filing claims. Unfortunately, there are not a lot of positive feelings associated those types of touchpoints.

But with the evolution of the networked economy, insurance companies have an exciting opportunity to win the hearts and minds of their customers.

Before we talk about what that could look like, let’s define what we mean by the “networked economy.” This is when insurance companies, device providers, and other industries such as automotive, retail, and public sector enterprises work closely together to connect devices, products, and services to deliver higher value to customers and corporations. 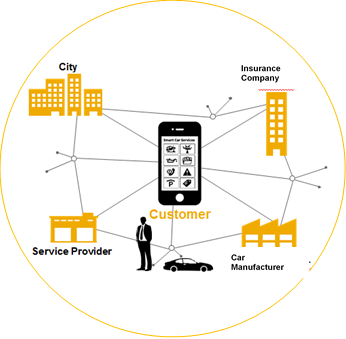 The networked economy depends on hyperconnectivity. It’s a network of individual networks – and the more entities and individuals participate, the more valuable it becomes.

It’s all about relationships

Data-driven businesses are collecting, aggregating, and selling information and data. Obviously, insurers are doing this as well. Partnering with other businesses and acting as a data hub can allow insurers to offer value-added services to their customers in a way that also minimizes their risks.

We’ve already seen the start of this. State Farm and the home security ADT recently made news with their partnership, in which State Farm policyholders receive a discount for using ADT’s electronic home monitoring services.

However, that’s only the beginning. With the Internet of Things, carriers are likely to start collecting even more information about their policyholders – and using it to create more customer-centric experiences.

For example, there are already sensors that track driving behavior. Now imagine an insurer-branded app that collects information on driving habits. The policyholder could be rewarded for safe behavior with loyalty points that are redeemable for items or services the person is already interested in.

The app could also suggest safer driving routes based on accident information. By connecting to local car maintenance vendors, the app could help policyholders keep their vehicles in proper working order.

A new customer perception of insurance

Consider the possibilities of creating value networks across entire industries, such as car manufacturing, automation, healthcare, transportation, and even cities.

When insurers can offer more positive touchpoints and more personalized experiences, customers may reframe their perception of their insurance carriers. That’s when insurance may no longer be viewed as a commodity, but as something that enhances people’s lives and helps protect them from risk.

What are your thoughts about the future of insurance in the networked economy? Share them with me on Twitter @birgit_fien.

Great article Birgit...the impact on insurance of the networked economy has huge challenges...which can be turned into opportunities...

This is an interesting and exciting future for insurers. They depend on data. Companies like Berkshire Hathaway (Geico) and Markel are buying up businesses to fund their claims and grow their business. So I wonder when we will see a wave of purchases by insurance (or holding companies) of data generating businesses (e.g. utilities, garages) with less data privacy sensitivities.

But insurers could very well move into being service providers as a hook to fund their core business.