From logs to riches. An athlete’s profile

Born and raised in Kundapura, a small town in coastal Karnataka, Vishwa spent his free time after school lifting and loading logs of wood into lorries. While the meager earnings supplemented his family’s income, the manual labour increased his strength and stamina.

But it wasn’t until an incident in college, when Vishwa lifted a heavy object that nobody else could, that he began to consider weightlifting as a sport. Encouragement from the Government PU College and Bhandarkars Art and Science College in Kundapura followed, enabling him to not just participate in but also and win several university level championships.

Soon he joined a local gym to improve his form and started entering national and international powerlifting competitions. In the National Junior Championship held in Tamil Nadu, he set a national deadlift record by lifting 660 pounds, which broke the long-standing record of 616 pounds held by a Tamil Nadu contestant. Soon, Vishwanatha won multiple medals in the 1st Asian Powerlifting Championship. There has been no turning back since. Several competitions and several medals later, Vishwa continues to win hearts wherever he goes. Recently, he participated in the Jerai Classic Strongman competition held in Mumbai. In this competition, participants are tested on their speed, strength, endurance and agility, through a combination of traditional powerlifting and modern functional-fitness routines. Out of the five categories, Vishwa won four by a country mile and bagged the title of “Jerai Strongman 2016”, becoming the first Indian to do so. Vishwa is part of the DLM Services team in SAP Labs, Bangalore. His work day starts at the gym, where he is training to become stronger. His next goal is to better the Asian deadlift record.

In a country where cricket trumps over all other sports, it is heartening to know that there are athletes who tread the less attractive path of pursuing other disciplines. Sadly, in spite of winning accolades for themselves and the country, they go unnoticed. With encouragement and recognition, there’s no doubt that the likes of Vishwa can compete with best in the world and achieve great glory. 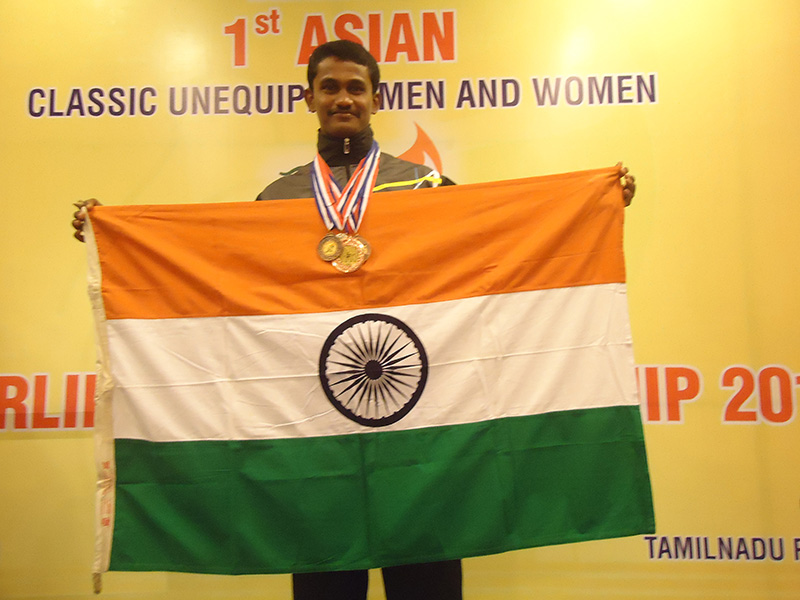 I think this would be very less to describe this man. Yes we used to call him Hulk... Not only in Gym, he is giving his best in work also. When I came Bengaluru and joined SAP, he became my first and best friend.... 🙂 in this short tenure what I got to know about him is very vast. I must say this would be not enough to describe his personality. He has many titles, national & international awards but when you'll meet him you'll got to know that how modest he is....

Not only the titles but also he earned the dignity with his modest nature... Yes vishwa...proud of you maahh boy!!!! Proud of sitting next to you... Proud of our friendship!!! Your best is yet to come!!! 🙂 🙂 🙂 keep going!! Best wishes!!

Very nice to know about this....

Manjunath Gopadi: Thanks Sir, for recognizing and sharing this information

Great to hear your story....highly motivational & inspiring. Keep going man our good wishes r with u & also with  SAP ur end only SKY is the limit

Kudos Vishwanatha B for bringing a new dimension to SAP world 🙂 Obviously you're setting up examples to other athletes as well.

Many hearty congratulations to Vishwanatha B !!

Thank you so much