The statistics around obesity are shocking.

According to recent estimates from the World Health Organization (WHO), over 1.9 billion adults worldwide are overweight. Of these, more than 600 million are obese. 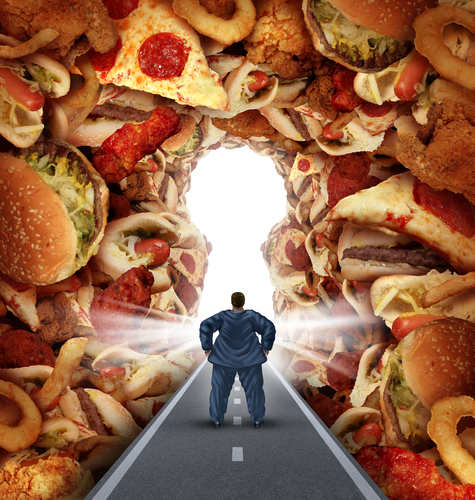 Even more distressing is the fact that 42 million children under the age of 5 are considered overweight or obese.

The negative health consequences of excess weight are well-known. A high body mass index (BMI) – which is the weight-to-height measurement commonly used to identify obesity – is a major risk factor in cardiovascular diseases, diabetes, musculoskeletal disorders, and some cancers.

And new research now suggests a link between obesity and dementia.

The problem is global. WHO states that most of the world’s population live in countries where being overweight and obese kills more people than being underweight.

With the stakes this high, world governments and the private sector are seeking effective ways to confront the epidemic.

Latin America is a Case in Point

Latin America might be ground zero in this global struggle.

As reported by Reuters, more than 56% of Latin American adults are overweight or obese – compared to a global average of 34%. Many experts point to the region’s changing dietary habits since the 1980s – like an explosive increase in processed foods – as a key contributing factor.

Increasingly, the battle against obesity in Latin America and elsewhere is being fought with a broader arsenal of weapons that includes diet, exercise, weight-loss programs, surgical procedures, new pharmaceuticals, and even legislative action.

The Mexican government, for example, has levied an excise tax on certain food products as a way to cut down on the country’s growing obesity problem. The country’s congress passed a one-peso-per-liter tax on sugary beverages and an 8% percent sales tax on junk foods that include chips, cookies, candy, and ice cream.

The private sector is also looking to make a difference.

Although Medix has been around for more than 50 years, it is not surprising that the company has expanded significantly in recent years. It now has a presence throughout Central America and in countries such as Argentina and Columbia.

Medix is investing heavily in its Center for Pharmaceutical Research and Development (CIDEFARMA). CIDEFARMA’s primary function is to unify the company’s various technological projects. Here, Medix is investigating new obesity treatments that it hopes will offer lower, more effective doses and reduced side effects.

The company has also undergone a major transformation on its business side. For example, Medix recently implemented a cloud-based human resource solution to help develop the talent that will be needed in its continuing fight against obesity. And with assistance from OptiSoft S.A. de C.V. and Bayco Consulting S.C., the pharmaceutical manufacturer has consolidated 60 different software systems on a single business platform.

This integration will help Medix ensure the quality standards and regulatory compliance that are critical to pharmaceutical companies as they seek next-generation drug therapies.

Fighting Obesity on Many Fronts

Obesity is not a problem restricted to a single region of the world or to any one demographic. Again according to WHO, obesity has more than doubled worldwide since 1980.

Unfortunately, there does not appear to be a single answer to this problem. But with all the health consequences associated with being overweight, obesity is probably a challenge best met on many fronts.

It is always worth saying that controlling obesity starts with the basics of diet and exercise. And of course, be sure to consult your physician before starting any weight loss regime.

Building a successful company is hard work. SAP’s affordable solutions for small and midsize companies are designed to make it easier. SAP SME solutions help you automate and integrate your business processes to give real-time actionable insights. So you can make decisions on the spot. Find out how Run Simple can work for you. Visit sap.com/sme.